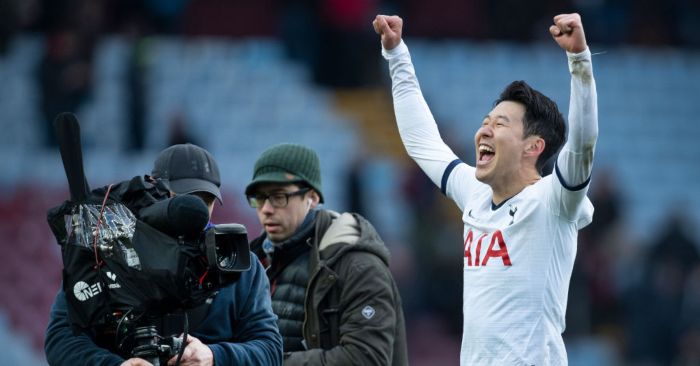 No football, huh? For all the banter about having to talk to the wife and kids now, and spending all weekend at IKEA, this is a time of great social experiment. What happens to society when one of its primary cultural foundation stones is taken away? What will people actually do? What will all the football programmes on TV and radio actually talk about? Nothing. They’ll have to be cut right back and in doing that, we are unhooking the intravenous football drip from our veins.

What if the nation finds other things to do and rather likes it? What if it decides walking in the countryside is more rewarding? Or that reading poetry is more fulfilling? Maybe cycling is more exciting? Perhaps taking up abstract impressionist painting makes us happier? Might growing your own food on an allotment or in your garden deliver more contentment?

What happens to football then?

The truth that those with money and power invested in and derived from the game would hate us to understand too profoundly, is that football is not essential for life in any way whatsoever. It is far more a habit than a passion for the majority and an extended lay-off may just prove that we have become far too obsessed with it, spend far too much money on it and that less football and more Everything Else will make for a more satisfying, more enjoyable life.

Football just never stops. No sooner has a season ended than there is a tournament of one sort or another, pre-season games and soon enough a fresh campaign takes its first steps into the virgin sands of August.

With a globalised football media, there is no need to go cold turkey, no need to break your habit. No need to stop and question if all this football is the best use of your time. We just sign up and keep the feed coming.

But now, we can’t. Football. Has. Stopped.

The wealth at the top of the game is predicated on there being an ever-growing paying TV audience. This hiatus is a real threat to that. If we break the habit, find that our over-focus on football has been constipating our lives and keeping us from doing other things which make us feel good, why would we return to it in the same numbers once the virus has died away?

Of course, the absolute opposite might happen, as it did post-war when, for ten years after 1945, crowds were absolutely huge and people just couldn’t get enough football. But that was a very, very different situation. We’d been at war with fascists. Millions had died. We had a lot we wanted to forget and television didn’t even really exist.

But when you see the anger, bitterness and bile that surrounds football on social media, as I have written perhaps too many times, it often feels like football is making us mad. It is unhealthy. We get so fixated on it, with many wrapping too much of their identity up with their club, that a break from all of this will surely only be beneficial and positive. Not being abused by outraged fans of one colour or another – some colours far more than others – will be a blessed release from negativity. It will provide a lightening of mood and a chance for an appreciation of much else in life.

So much of football is stressful. Much of how we interact with it is not positive. We worry if our club is going up or down; is going in or out of existence. We worry if there’s going to be trouble before or after a game. We worry about why that big lunatic in the pub is staring at us. But now we are released from all of that.

Football fills up a very big hole for many of us. We are going to have to find something else to take its place and in doing so, we may be about to change the entire social, political and economic nature of the industry. And if we stop buying the game in person or on TV, it stops being worth so much, which will reduce income to clubs, thus reducing wages and transfer fees and thus making everything less financially insane. We become decoupled from an industry that has milked us dry to make a small elite of people rich beyond the dreams of Croesus. We should not be arguing that this is a bad thing at all.

In short: we may be standing on the precipices of a revolution. And it will have happened by accident and in a way that no amount of money, financial planning or marketing could have predicted, nor can fix. When you clean up, kick your addiction and lose your dealer’s number, there’s no going back to how things were. And would that be such a bad thing? The answer is, quite obviously: no.