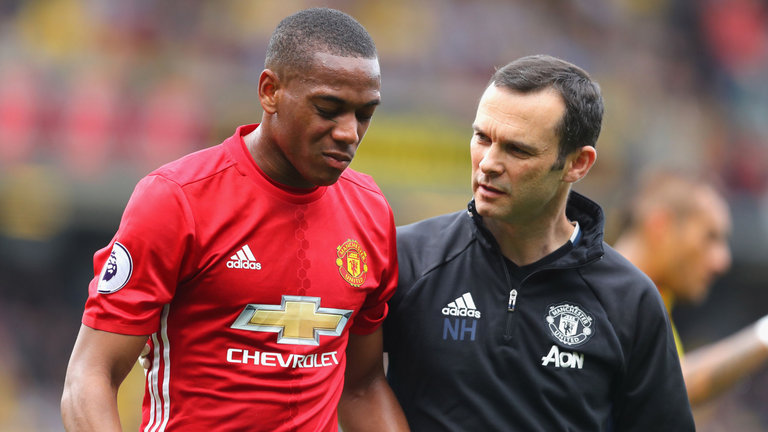 This piece was originally published in October 2017. That it remains eminently relevant today is a little distressing…

There is an argument that America’s gun debate ended after Sandy Hook. In December 2012, Adam Lanza fatally shot 20 children and six members of staff at Sandy Hook Elementary School in Newtown, Connecticut. If that atrocity could not spark a change in gun laws, nothing could. The fight had effectively been lost.

Four years later and thousands of miles away, England’s World Cup-winning team were paraded for the 50th anniversary of their victory. If the occasion was supposed to be triumphant, it failed to strike a chord. Ray Wilson, Martin Peters and Nobby Stiles, three members of that famous team, had been diagnosed with Alzheimer’s in their sixties.

According to the Alzheimer’s Society, the number of men suffering from dementia in a normal population between the ages of 65 and 69 is one in 75. Yet here were three teammates all with the same condition. In addition, Alf Ramsey suffered with the disease before his death, while Jack Charlton admitted to suffering from periods of memory loss.

If we weren’t going to talk about the links between football and dementia when it was paraded around Wembley, then when?

It was in 2002 that an inquest confirmed that Jeff Astle’s job had killed him, his brain damaged by the repeated heading of hard, heavy leather footballs. In March 2014, Dr Willie Stewart at Glasgow’s Southern General hospital re-examined Astle’s brain and diagnosed him not with Alzheimer’s but chronic traumatic encephalopathy (CTE), a degenerative condition brought on by repeated mild brain trauma.

Fifteen years after Astle’s death, progress has been painfully slow. In March 2017, the Football Association finally invited independent researchers to submit proposals to determine whether footballers and ex-footballers are suffering disproportionately from degenerative brain injuries. That followed an excellent campaign from the Daily Telegraph, with Jeremy Wilson in particular meriting great credit for his continued work.

It remains to be seen just how exhaustive this FA analysis will be, but we can be forgiven for default cynicism. Astle’s daughter Dawn stormed out of a meeting with the PFA in March and branded chief executive Gordon Taylor an “absolute disgrace” after he evaded questions about the problem. In February, FIFA insisted that there was “no true evidence” of the effects of heading the ball or receiving blows to the head having “followed the issue for more than 15 years”.

Yet the evidence is there, both anecdotal and empirical. Speak to the family of Stan Bowles, Jimmy Hill, Bob Paisley, John Charles, Nat Lofthouse, Joe Mercer, Stan Cullis and Gerd Muller. Speak to Chris Sutton, who last week spoke of his sorrow that his Dad, Mike, will never know how his beloved Norwich City have done at the weekend and can barely recognise his own son. As John Stiles, Nobby’s son, says: “It can’t be a coincidence – it seems almost to be of epidemic proportion.”

At the University of Central London, Helen Ling has damning medical evidence. Ling and her team looked at the brains of 14 retired footballers with dementia, with post-mortem examinations carried out on six of them. CTE was identified in four of the six, the first time CTE had been confirmed in a group of retired footballers. This is no longer a question of ‘yes or no?’, but ‘how bad?’.

Football has not ignored the issue of concussion entirely. At the start of the 2014/15 season, rules were introduced so that players suffering head injuries must be assessed by a club doctor before returning to the field. Yet research of Championship players by the Journal of Sport and Health Science in 2016 found that Championship clubs are largely non-compliant with Concussion In Sport guidelines on pre-season testing, evaluation methods and rest periods.

Moreover, treating head injuries in the aftermath, but what of the issue of CTE, whereby repeated heading and repeated knocks threaten a player’s safety in later life? Our treatment of concussion and degenerative conditions is woefully inept. Football is guilty of placing a tiny plaster over a gaping head wound.

Part of the reason for the sport refusing to acknowledge the issue is a reluctance to concede culpability. Those of us who have played football regularly for a period of 20 years or more may feel uneasy about the impact our own health, but also the health of our heroes. A generation of mentally damaged former players is an uncomfortable thought. “No one in football wants to find out if football is a killer,” as Dawn Astle puts it.

To accept that football’s rules are intrinsically dangerous is to accept that they must change, yet a sanitised version of the game is seen as deeply undesirable. Our romanticised vision of ‘proper’ football – cold winds, strong tackles, battling in the air for a header – is not an image that many will find it easy to shirk, despite the dangers.

Just as damaging is the ‘man up’ culture that exists in men’s football, as in other sport. “If you’re worried about the physical side of any sport, then play chess,” was Roy Keane’s now customary parodical aggression when asked about concussion on Tuesday. The insinuation is that if you aren’t prepared to take a hit, you aren’t a real competitor. It smacks of Piers Morgan’s despicable treatment of mental illness, with “pull yourself together” considered appropriate advice. Both are deeply unpleasant and unhelpful.

There is a risk of injury in any sport, of course. Part of the joy taken in triumph, particularly in individual pursuit, is that it could so easily have been taken away at any time. Yet the desire for sporting contest cannot be allowed to dictate where we draw the lines on safety. For all the enjoyment sporting theatre provides, it isn’t worth this. The families of Sutton, Astle, Stiles and Wilson will tell you as much.

Football cannot say it was not warned. In 1994, the NFL first formed its Mild Traumatic Brain Committee, which steadfastly denied any correlation between American football and degenerative brain injuries. As late as 2004 they claimed that “NFL players have evolved to a state where their brains are less susceptible to injury”, despite strong evidence to the contrary, and in 2006 they attempted to ban the publication of conflicting reports. This was akin to the tobacco industry in the 1950s and 1960s refusing to accept the carcinogenic properties of their product.

By August 2013, the NFL were legally obliged to contribute $765 million to provide medical help to more than 18,000 former players, although they still refuse to accept legal liability. A player diagnosed with CTE can receive up to $4m in compensation. Let’s hope football’s governing bodies have been saving.

The suspicion is that football is sitting on a timebomb of the sport’s own making. The 15 years since Astle’s death could have been spent funding research and assisting those diagnosed, making changes to children’s football where appropriate. Instead, football followed its own fine tradition of burying its head in the sand.

One thing is for sure: this problem isn’t going away. Keane’s misguided opinion was in response to the immediate retirement of Ireland striker Kevin Doyle on medical advice. Doyle had been suffering repeated headaches to the point that heading the ball was becoming difficult.

The concern is not just for Doyle and the other ex-footballers mentioned above, but the thousands of players around the world still left undiagnosed and still risking their health on a daily basis. The accusation is not that football is directly killing its players, but that football’s governing bodies are dangerously ignoring the possibility.