Home Johnny Nic Football and the sounds of the ‘old school’… 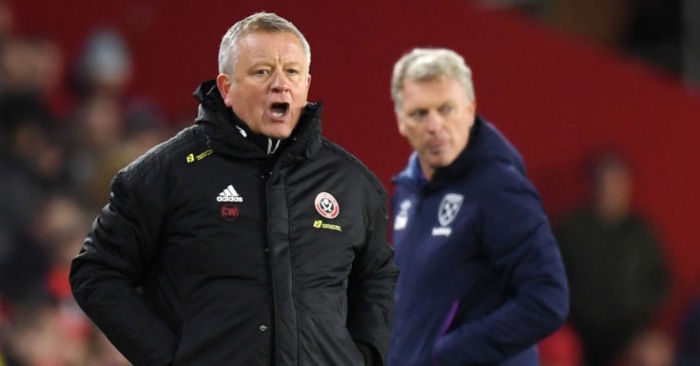 What does old school mean to you? Are you old school? How would you know? Is it a good thing or a bad thing? Is it something to be, or something to avoid?

When you think about Premier League managers, who is old school? In the last week I’ve heard Chris Wilder, Sean Dyche, Nigel Pearson, Dean Smith and David Moyes referred to as old school. Are they really and why are these five specifically – though not uniquely – referred to in this way?

Well for a start, it would seem you can’t be foreign and be old school. I listen to a lot of football radio and podcasts every week, but not once has a non-British manager ever been given that moniker. It is reserved for managers from these islands and more than that, seems reserved for those with an obviously broad working-class voice.

Graham Potter, Frank Lampard or Eddie Howe are excluded from the old school on that basis. I think the accent factor is why it’s not a term used for the non-British. We don’t receive that subconscious sonic information from those who speak English as a second language, in the same way we do from a native. We have no idea if Daniel Farke or Ralph Hasenhüttl are working-class, lower middle-class or middle-class by listening to them and we have no idea if they have a regional accent, so they can never fit the old school template so easily applied in the UK.

So it appears old school is something to do with nationality and class, but given Roy Hodgson is not referred to in this way at 72, it appears less to do with age.

I thought old school might be defined by how the team plays but this seems far less significant; Chris Wilder has proven that with Sheffield United.

The more you look at it, as a character trait it’s actually a little vague, understood more by osmosis or implication than by definition.

We probably all assume it’s a broad reference to being down to earth, working-class and synonymous with a largely unstated set of values when communicated in a strongly accented voice, which for those who use it fondly, is associated with qualities such as toughness, physicality, uncomplaining, non-preciousness, aggression and bluntness.

All of which seems rather narrow and doesn’t really account for someone like Wilder’s success, even if he himself is happy to refer to himself as ‘a little bit old school’.

Rory Smith made a great point about this earlier this week:

It’s a trap that British managers get themselves into a lot: no matter how modern or advanced they are, they tend to emphasise hard work and grit and all that stuff in public, and then wonder why nobody talks about their tactics. It’s your story, lads. Tell it.

He’s right. There’s a good argument to say Wilder is a very sophisticated manager tactically and an empathetic man-manager too, so not old school at all as we commonly understand it. But he looks and sounds like he is and so attracts a branding which really does him no favours. While it can be advantageous to be underestimated in football, Wilder and others risk being undervalued with the ‘old school’ tag which sells themselves and their art short.

A Championship club executive recently told me that their club would never employ a notoriously chippy English manager because “he’s an old school thicko who thinks he’s clever, but isn’t”. That might be a bit harsh but used like that, ‘old school’ is very much a negative and suggests being out of touch and out of date. Similarly, an ‘old-school challenge’ tends to mean an illegal one that has hurt someone. To those who use it negatively it has connotations of being crude, unsophisticated, unsympathetic, out-of-date and unsuccessful. Old school, far from being a positive thing, can go hand in hand with being a dinosaur. So we can see it is a term that is so flexible that it can soak up anything you want it to mean, from positive to negative.

Now that is a seriously malleable expression which can achieve all of that.

This all came into focus for me because in the summer, via a virus, I lost the use of my left vocal cord. It became paralysed or palsied. The nerve stops sending messages to your brain to make it work and thus you’re firing a lot of blanks when you try to talk and tend to sound like a cross between an asthmatic goat and Sean Dyche. The floppy cord also restricts your breathing and you run out of puff mid-sentence. There’s no cure. It either comes back or it doesn’t and about 35% of the time it doesn’t and even if it does, often it is only partially functional. Consequently, I’m seeing a brilliant speech therapist to try to learn how to use what voice I still have and it is this which has taught me much about how communication and understanding are conducted through tone, expression and body language, not merely through words. She showed me how we make sense of tone, inflection and attitude before we understand words. Naturally I had to apply this to football.

So when we hear Wilder, for example, we hear a voice that could have been a teacher in Kes in 1970. We hear Brian Glover. We hear a voice of yesterday, not affected by modern linguistic trends. In other words, old school. Because of this, it’d be very hard, if not impossible, for him to shake off the tag, no matter the content of what he says, so he has embraced it. That probably applies to all who have the old school tag applied to them or to their methods. It’s hard to shake perceptions that are so set so deep so early. Indeed, my therapy suggests they can inform your sense of self as well.

I don’t think I’m old school but when, for part of my treatment, I listen back to a recording of my slurry Teesside voice reading a passage from my latest book, it sounded to me like I am; that was the non-verbal information I received first. So maybe that explains why some might think I am, which in turn might ensure that I really am. It really is remarkable how you start to make an instant judgement on even on your own voice as soon as the first frequencies reach your ears, before you even grasp the words being spoken.

Six months on from losing the ability to talk in any meaningful way, I’m pleased to report that my voice has begun to restore itself. A bit thin here and there but very much me again, if a little deeper. To say it’s a relief would be a massive understatement (it could have been caused by a cancerous tumour). I’m just glad I can talk at all. But it’s taught me so much about the nature of understanding and communication, what a movable feast it is and how we should cherish something that we all take very much for granted whoever and whatever we are, be it old school, new school or no school at all.