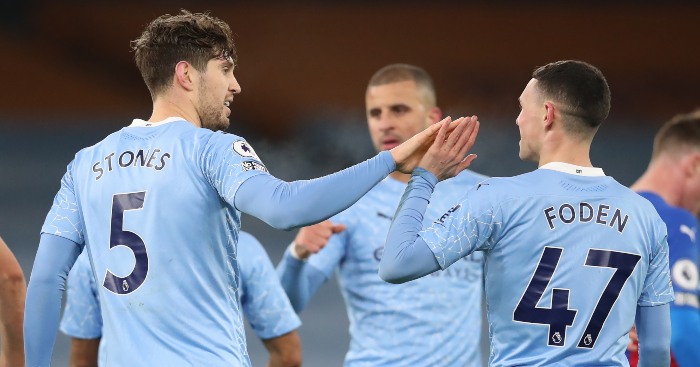 The latest Premier League instructions on how to celebrate goals are ridiculous. We’ve seen how VAR has already put a cramp in some celebrations, as players bottle the joy and wait for the eye in the sky. But now they’re asked that even when the goal has passed scrutiny, would they mind not touching each other please? They must celebrate in a socially distanced way. No hugging, no slap on the back, no pile-on.

Something called Nigel Huddleston, who is apparently a sports minister, said footballers must follow Covid-secure guidelines and that “football authorities must enforce them strictly”. Oh yeah? How? What are the penalties for not following them? If there are none, then they’re irrelevant and there are no consequences for breaking the guidelines. Now what, Nige?

Premier League chief executive Richard Masters has said players have to “set a good example”. This is more bullshit. First, it’s not their job to tell us how to live. Second, we are not scoring goals so don’t need showing how not to celebrate them. Third, the public know the social distancing rules already but like some footballers, some just ignore them. Seeing players not hugging will make zero difference to that.

But the guidelines they’ve introduced are senseless for one main reason: players are touching, breathing, sweating and spitting all over each other all the time, not just when a goal is scored. The Premier League just want to look like they’re doing something so that the government doesn’t shut down elite football. It isn’t a healthcare measure; it is tokenism. Everything else on the guidelines is just the same social distancing we’re all told to do, but it is totally undermined by…yes…playing f*cking football.

What do they think players are doing when training? They’re not wearing a hazmat suit are they? No, they’re slamming into each other, pushing, shoving and tackling. That’s the job of a footballer. Hugging someone for five seconds when they score, or giving them a congratulatory slap on the back, is the least of it.

If they think it’s so dangerous to be near other players when players hug each other, then they should call the whole season off, because players are touch-close all the time and are thus always in danger.

Basically, if someone is infectious and comes into the club, players will catch the virus by training with them for hours every week. After all that exposure all week, you won’t suddenly catch it celebrating scoring for a few seconds. What would be the chances of that? While we’re at it, disinfecting the corner flags is simply never going to stop anyone catching this terrible virus and giving the ball an antiseptic wipe is also an all-but-worthless gesture.

Infections are actually lower in football than in general, so you’re safer than anywhere else at a football club anyway. One or two brief embraces during the game is nothing compared to players’ exposure outside of the game. And Sheffield and Burnley have only scored nine or ten goals, so they’ve hardly any chance of catching it from goal celebrations anyway.

The easy solution to prevent footballer’s goal celebrations in these Covid times is to put Steve Bruce in charge of team selection and tactics. Problem solved #nufc #BruceOut

We’ve had players not observing social distancing in many and varied intimate social situations. That’s where the infections are likely derived from, not from occasional goal celebrations. Worse yet, the Premier League’s new guidelines potentially provide another stick for the tabloids to beat players with. ‘Come see the idiot footballer’ is always a good seller.

You can’t call out goal celebrations as dangerous when you’re still allowed to get tight on someone at a set play. Don’t call out one thing, call it all out. It is pointless to have dozens of non-socially distanced encounters in 90 minutes and in the days before the game and to then say, yeah they’re all fine, but you can’t celebrate a goal by touching each other.

It’s senseless. In the Premier League they’re all tested all the time. It’s unlikely anyone is playing with the virus anyway. So if they’re all clean, hugging or any other acts of intimacy they want to perform upon each other are not a danger anyway.

But if the league or the FA was genuinely that bothered about player welfare, they wouldn’t be playing at all because it is definitely safer not to play than play.

Also, if the Premier League cared about players’ health, they’d not be making them play ridiculously congested fixture lists and internationals and then the Euros and then a new season. The injuries are piling up. Did punters really pay to see teams of reserves complete games, or will there be a refund for that too? They certainly paid to see players celebrating goals and now they’re being denied that as well. Will there be refunds?

So much of what made football a great sport has already gone, and now, not content that VAR has already introduced a form of coitus interruptus, they want to further devalue football’s money shot for a faux display of concern for player health. It’s bullshit, it should be called out as such and players should ignore it. After all, what are the Premier League going to do? Stop them playing? There is zero chance of that.