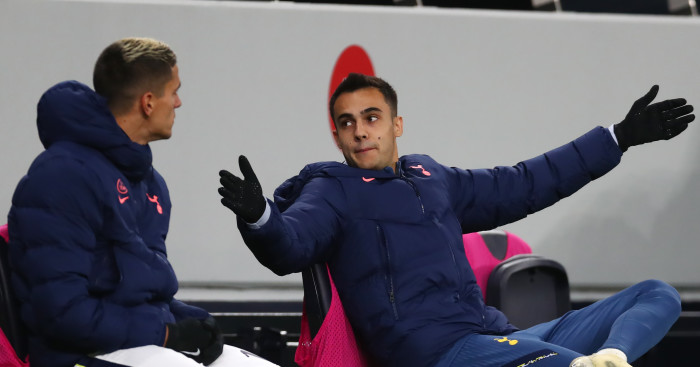 So who’s this week’s prick then?
Deep breath… Erik Lamela, Sergio Reguilon, Giovani Lo Celso, Manuel Lanzini, Benjamin Mendy, Aleksandar Mitrovic, Luka Milivojevic. Plus the managers – notably Pep Guardiola and Roy Hodgson – who backed their players, and the Premier League itself for giving so little apparent thought to the possibility of Covid-related antics before starting this season that they are not only unable to even consider the possibility of pausing the season having given themselves no room to do so, they also have no power to deal with those players whose behaviour threatens to derail the entire season. Two of the five clubs where we know players have broken the rules recently have had games postponed. Bad look.

What have they done?
Broken Covid rules in ways from comically, arrogantly blatant to small and twatty. It’s just so monumentally thick. Imagine even for a second being one of the three Spurs players or Lanzini happily posing for a big group photo at your big Christmas breach party. Why? Why would you do that? It makes even less sense than breaking the rules. One can understand the loneliness and isolation of, say, Reguilon. Living on his own, in a new country, apparently relying on an increasingly esoteric selection of pork products from Jose Mourinho for sustenance. The rule breach is at least understandable. The grinning photo is not.

But let’s not give any impression that we’re condoning the rule-breaking either. These are not extra super-strict elite sportsman rules that are being broken here. These were the everyday rules that everyone was being asked to follow. There is not even a comparison with, say, England cricketer Jofra Archer, who missed a Test match in the summer because he breached the biosecure bubble around the team by going to his own house for 15 minutes when travelling from one game to the next. Note a few things there. In the summer – when rates were far lower. Missed a match. GOING TO HIS OWN HOUSE.

None of the Premier League’s miscreants will face anything like that punishment, and their breaches are far more blatant and basic than Archer’s very specific indiscretion. Who knows how many other players have broken both general rules and specific ones for elite sports stars but at least happened to have the good common sense not to be photographed while doing so.

Mitigation?
These sh*tty times don’t become magically easy just because you’re a professional footballer. They are, obviously, insulated from many of the problems faced by the rest of us living on Covid Island, but not all of them. Especially the foreign lads, especially the foreign lads who live alone. It makes perfect sense they would seek the company of compatriots or other native speakers of their language. But really, there is little defence here for any of these fellas. So stupid, so potentially costly, and only adding to the “one rule for us, one rule for them” sense of simmering injustice that already exists across the country thanks to other, balder, non-footballing and far, far bigger pricks.

So what happens next?
Everything will be Dealt With Internally. Sounds sinister, is in fact a massive, massive let-off and reflects dreadfully on the Premier League’s lack of thought into the possibilities during this unique season. There’s a degree of apples and oranges in the comparison, granted, but it doesn’t sit at all right that Kieran Trippier was handed a massive global ban for telling a friend he might be moving to Madrid, while players breaching Covid restrictions – with potentially devastating football and real-world consequences – are beyond the authorities’ reach.

Big surge in positive coronavirus tests in the Premier League: 40 in 1 week.

Follows 2,295 tests on players and club staff from December 28 to January 3

Mourinho Corner
He’s started being a prick about Spurs’ potential fixture list. Definitely one to keep an eye on should they continue progressing in cup competitions and having league games postponed. To be fair to Jose – as we, of course, always are – he was critical of his Covid Three, with his disappointment in Reguilon after buying him a Portuguese piglet another nice detail in the burgeoning father-son relationship they’ve got going on.

Dishonourable Mentions
Liverpool for getting a corner in added time of added time while desperately chasing a goal and taking it short again. Manchester United for winning penalties. Jurgen Klopp for talking about Manchester United winning penalties. Leeds’ defending against the most lethal front two in world football. Frank Lampard. Us for blithely assuming the Premier League would eventually revert to type with Liverpool 10 points clear and a gaggle of the bigger beasts squabbling over the minor placings.