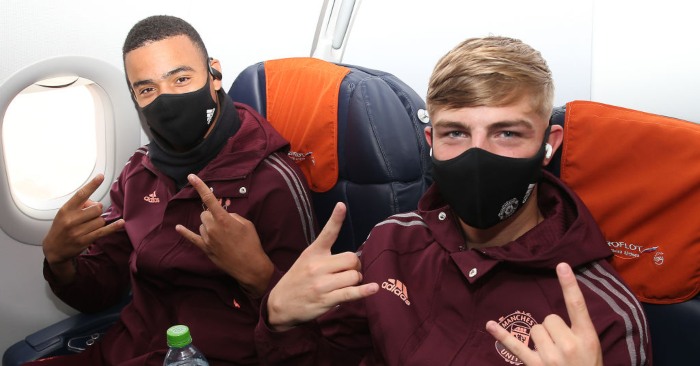 How green is your football club? Do you know? Do you care?

Some football clubs have made positive strides forward in environmental awareness, installing charging points for electric cars, recycling rainwater, making everything sold in the stadium recyclable, banning single-use plastics, sourcing electricity from renewables, installing solar panels and even, in Forest Green Rovers’ case – the world’s first carbon-neutral club – not selling or serving meat-based products. They have set a green standard for small clubs that surely is achievable by every similar-sized organisation with proper financial planning and, importantly, an informed understanding of why it is vital they do so.

But while the likes of big financially elite clubs like Manchester United, Arsenal and Manchester City have been progressive in this area, others have done next to nothing to combat climate change and are carrying on like it is still 1959.

There are still a few who deny it exists as a man-made problem. I’m sure some of those will voice that view in comments below the line because they do seem to like to tell everyone how stupid we ‘sheeple’ are for accepting it.

Others fear the science suggests we are near a tipping point which will see global temperatures rise dramatically, causing ecological and societal devastation and death on a global scale. All of which sounds like it’ll put a severe cramp in the fixture lists.

The good news is that we can do something about it.

The bad news is that we don’t want to.

Well, we do, at least in theory. Even as we drive a massive SUV to a bottle bank, we’d like to do the right thing, but would rather not if it means changing our lives in any meaningful way. By meaningful I mean stop using petrol cars, stop flying, radically cutting back on our consumption of all virgin resources, change what we farm and how we farm it, change what we buy and where we buy it from, change how we heat our homes and water, recycle pretty much everything all the time, de-couple ourselves from the consumer economy and the notion that buying whatever we want, when we want it, is some sort of human right, and bin the old ideas of economic growth because they will not deliver us or future generations a future worth living. And that’s just for starters. It will involve a revolution in how we think about everything. It’s hard to grasp it all, but we’re going to have to, like it or not, and soon. How things have been is not how they will have to be in the near future.

Football is just an expression of us as a society. While our clubs are, albeit patchily, taking pro-environmental measures in and around the stadiums, there is nonetheless a major issue they can address immediately and easily to help combat climate change. No, not banning footballers from buying the massive gas-guzzling SUVs that they seem so fond of (though that’d be a start given that if SUV owners were a nation, they’d be the seventh biggest carbon emitters on the planet); I’m talking about flying.

The decision to play Euro 2020 in many different countries necessitating ferrying people by plane all over the continent attracted widespread environmental criticism, and rightly so, but every season internationals, Champions League and Europa League games require teams to make huge round trips often of many thousands of miles by air.

Do we really want to put the viability of the planet as our home at risk, just so we can see Chelsea play Krasnodar? These are two games that will involve a 4,200-mile round trip for the away team. Myclimate.org calculates that those air miles will put over three tonnes of carbon into the atmosphere per player. For perspective the average per person in the EU is putting out 8.4 tonnes per year. To slow down and halt climate change, that needs to be 0.6 tonnes or less. Every Chelsea player will be responsible for that number just by flying to Rennes. The Europa League and the Champions League is killing the planet.

I’m actually gonna go all environmentalist for a second but this would result in a significant increase in use of environmentally damaging transportation, increasing the carbon footprint of football.

Football’s innate exceptionalism will resist change. Its case is always different. But this is really serious now. Really serious. That we are demanding so much carbon be pumped into the atmosphere merely so we can watch what will likely be an insignificant, quite possibly boring game of football is, if you stand back and look at it objectively, abso-f*cking-lutely-insane. We can do without seeing Chelsea play Krasnodar. In fact, we must do without it.

There are two basic routes through this. Clubs either travel to distant parts, be they Rennes or Russia, across land by the greenest, lowest polluting forms of transport, or we do without European football and internationals on anything other than an occasional basis. If flying is the only practical way to get to a game, that game cannot be played. I mean, if we don’t stop this wholly unnecessary, totally superfluous pollution of the atmosphere, what do we stop and when?

I know this sounds extreme, but if laying waste to the planet that you live on for the sake of watching any sport, let alone Chelsea, isn’t extreme, I don’t know what is. The fact is, we have set up our world on a premise of dominating nature, not co-operating with her. Failure to change this basic principle is at the core of the crisis. Just thinking we can still strut around the world spewing out carbon just to play football is pathetic.

Football needs an independent environmental task force to regulate and strictly enforce the highest green standards at every professional club, with draconian measures that include expulsion from the league for those who don’t comply.

Everything needs to be eco-checked from the source of power at the club, down to the materials used for shirts, the cars driven by players and staff. Everything. Is even having a nationwide league really environmentally viable when it means Newcastle United and their fans are making a 550-mile round trip to the capital to see and play games against six London clubs, another 650 to play Southampton and nearly 700 to get to and from Brighton?

The argument for, not just the revival of Third Division North and South idea, but for all football to be played within defined local regions is compelling to cut down on car travelling for fans and clubs alike, perhaps with play-offs between winners of each region played equidistant between the two clubs. We can rule nothing out in the absolute and total greening of football.

It is hard to fully grasp the extent to which every aspect of our lives, including our football lives, will have to change in aim, ambition and detail. It involves questioning everything. But it has to be done, and it has to be done by football as much as by any other industry or walk of life.

Football’s governing bodies have so far shown themselves to be largely deaf, dumb and blind to these most pressing issues. As Francis Dunnery wrote in Murder Of The Planet Earth, ‘It still isn’t trendy to be a friend of the earth’, but this is the only planet we’ve got, so let’s be its friend, and let’s face it, you wouldn’t kill your friend just to watch Chelsea play Krasnodar, would you?