Home F365 Features Prick of the Week No. 27: Conspiracies and penalties 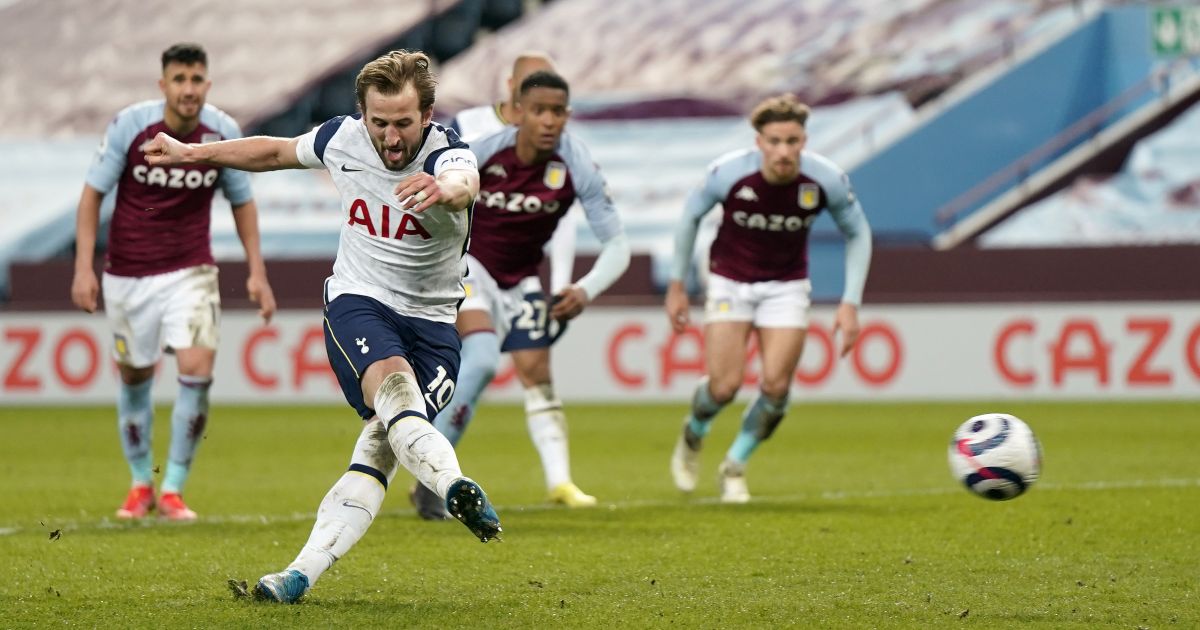 There’s real and distressing prickery afoot this week, but – thanks to a Harry Kane penalty – we’re going to talk mainly about conspiracy theories again because every single week the real pricks are definitely us.

So who’s this week’s prick then?
Football fans, basically. Or at least a loud belligerent and significant minority of them.

What have they done?
When Harry Kane won and promptly converted a penalty to help Spurs to a 2-0 win over Aston Villa we, with astonishing naivete as we look back on our foolish two-days-ago self, thought “Well, at least that one won’t be controversial. Not even the Arsenal or Liverpool fans can lose their minds about that one.”

Oh, my sweet summer child. You silly, silly prick. Just look at the replies to Sky Sports’ tweet about a penalty awarded for Kane having his leg swept away from him by a flying Matty Cash and you’ll quickly discover that far from this being a straightforward decision as a result of some very stupid defending it was yet another example of Kane’s own mastery of the dark arts/cheating but more than that the fact that every single referee is under instruction to protect him because he is the England captain.

Harry Kane wins and then converts a penalty to double Tottenham’s lead against Aston Villa.

It has reached the point that if a defender took out an axe and literally amputated Kane’s leg, there would within minutes be very online fans insisting Kane initiated the contact or that Salah loses three legs a game without ever getting a decision go his way.

This is so pervasive that even the circumstances of the penalty have now been lost to the conspiracies. What actually happened was as straightforward as it looked: Kane made a complete bollocks of a Cruyff turn, and Cash swept his leg. Kane gratefully accepted the gift. It was, in essence, precisely identical to the also bafflingly controversial penalty Alexandre Lacazette won a week earlier in the North London Derby. His error – in this case a wild miskick – doesn’t mean a defender is now entirely permitted to just take him out. Now you can argue all you like that penalties represent an excessive punishment for fouls in these circumstances, but you cannot argue that under current laws they are not penalties. They really shouldn’t be this controversial. They are both clear fouls, that occurred within the penalty area. They are penalties.

As an addendum, the reaction to both – and plenty more really quite straightforward decisions – shows that the most fundamental problem with VAR isn’t that it’s inadequate or poorly implemented (it is very often both those things) but that fans don’t really want what it’s supposed to achieve. If VAR magically did eradicate all incorrect decisions, people would still complain. They would still see conspiracy where none exists, they would still believe the world is against their team, that the FA secretly hates them for some inexplicable reason and has set about denying them fair treatment as a result. Football fans are messy bitches who live for drama. They don’t want correct decisions; even when they get them, they still want the sweet release of righteous anger at a world set against them.

Look at the legitimate absurdities that VAR serves up on the regular. Even then, people are still turning obvious penalties into points of contention. It’s exhausting, it really is.

And we’ve written 600 words about football and conspiracy theories without even mentioning Matt Le Tissier.

Any previous?
Football fans have until now always been entirely sane and rational.

Mitigation?
Supporting a football team has never been a rational pursuit and was never meant to be. Conspiracies and cheating opponents are far more fun than facing the realities of your own team maybe being a bit crap sometimes.

So what happens next?
Someone, quite possibly Bruno Fernandes, will win a penalty after being quite clearly fouled by an opponent within the penalty area. Further proof that the conspiracy is real.

Mourinho Corner
Nothing much this week, really. There was a game in Zagreb, apparently. And then a much-trumpeted ‘statement’ team selection against Aston Villa which, with Son Heung-Min injured and both Toby Alderweireld and Serge Aurier ruled out through illness actually amounted to dropping Harry Winks and Matt Doherty.

Dishonourable Mentions
Obviously, the actual worst thing to happen in football this week was another deeply depressing racism scandal as another player is subjected to abuse and then put through the additional hell of the fallout having reported it. We’re all very tired, so just read Jonathan Liew absolutely nailing the various rage-inducing elements that play out the exact same exhausting way every time this sh*t happens.

Also the people on Twitter who got annoyed about us calling Brendan Rodgers British when it wasn’t even us who did it, when there is no equivalent descriptor for United Kingdom (UKish?) in order to include Northern Ireland and Rodgers himself uses British. The point was that Stan Collymore thinks there’s a British (and Northern Irish) manager as good or better than Rodgers. That’s what was mad about it. Not the word British, as complicated a word and concept as it is.