Home Johnny Nic As football fans, we all need to examine our racial bias

Racial bias is hard to identify by those of us who are not a target. We must concentrate. 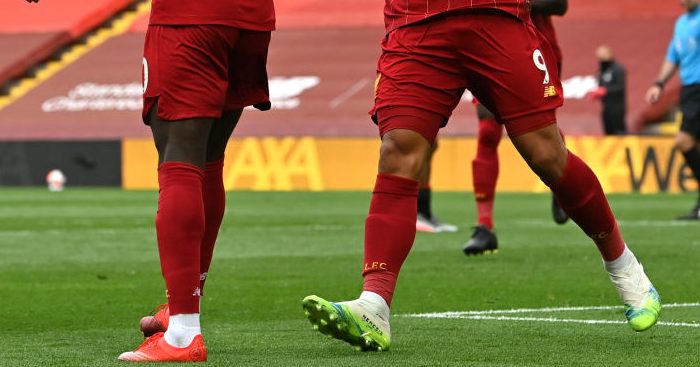 The recent report into use of language by football commentators when describing black players made for fascinating reading. Here’s Sachin Nakrani in last Monday’s Guardian:

‘Racial bias is a clear and significant problem in English football commentary, according to a groundbreaking study that found players with lighter skin are regularly and overwhelmingly praised for intelligence, work ethic and quality compared with those with darker skin, who are reduced to physical and athletic attributes.’

They analysed more than 2,000 statements from commentary on 80 games across the Premier League, Serie A, La Liga and Ligue 1. The games were broadcast on Sky Sports, BT Sport, FreeSports, beIN Sports, TSN, NBCSN and ESPN.

The results were very comprehensive in identifying a sliding scale where the darker the skin, the more obvious the disparity in language. On the back of this report, BT Sport reportedly introduced mandatory ‘unconscious bias’ training for all staff.

The concept of unconscious bias is an interesting one and, to a degree, controversial. Some feel there is no such thing as unconscious bias and that all biases are conscious. Others speculate that even if it does exist, you can’t train your unconscious mind out of its biases because, hey, you’re not conscious of them and trying to change something you have no idea even exists is impossible.

Tomas Chamorro-Premuzic, chief talent scientist (!) at Manpower Group and a professor at University College London and Columbia University wrote on the Bloomberg website:

‘The main tool for measuring unconscious bias, the Implicit Association Test (IAT), has been in use for twenty years but is highly contested. In simple terms, the test measures people’s reaction time in response to different categories of words or photographs (e.g., female or male, black or white, smart or stupid, etc.), to compute whether people are quicker to associate positives or negatives with a particular demographic category.

‘The idea is appealing – ever since Freud, people have been seduced by the notion that unconscious motives are the secret causes determining our behavior. But meta-analytic reviews have concluded that IAT scores — in other words, unconscious biases — are very weak predictors of actual behavior. The vast majority of people labeled ‘racist’ by these tests behave the same as the vast majority of people labelled ‘non-racist.’’

So what is going on? Are our football commentators guilty or not? Are we, as fans, also guilty when talking about players of colour? We need to think about it as a possibility.

I have to say, as I wrote this on Sunday I listened to four commentaries on the radio and I didn’t hear one instance of any obvious bias based on skin tone. Was that because I’m white and as such deaf to it? Was it because there never is on the radio? Radio was not considered in this report. Or was it because commentators and co-comms had all been made aware of the issue and modified their words accordingly?

I heard no criticism of anyone’s intelligence, nor any praise for that matter. Skills seemed highlighted by whomever displayed them. Apart from talking about how hard it was to play a lot of games in a short space of time, individuals’ workrate was barely mentioned either. Chris Basham was referred to as having put in a lot of miles, so I guess that was praising a white man’s workrate. But then, he does always cover more ground than most, so it wasn’t inaccurate. It wasn’t possible to tell if such a comment about a black player was absent for reasons of subconscious bias or because none stood out in that regard.

This is one of the problems. Biases that show themselves via absence of comment are, by their very nature, almost impossible to detect on a game-to-game basis and are only unveiled by looking at a bigger picture. It’s not to say that they do not exist, only that if they do, they’re very hard for the listener to detect in the moment.

To further complicate matters, if those in charge of footballer recruitment at clubs are racially biased, consciously or subconsciously, and select black players for their physicality above anything else, ignoring or devaluing black players with other qualities, commentators will just reflect the qualities of the player they see, so are not being skin tone biased per se but are effectively co-opted into earlier racially biased decisions.

Someone referenced Romelu Lukaku, saying to me that if they didn’t refer to his power and physicality as a positive attribute, they wouldn’t be doing the job accurately. However, that didn’t mean they would refer to him as “a beast” ; a dehumanising term (albeit often used in admiration or praise) that I’m certain I’ve heard used more about black players than white over the years, though much less so now.

“When people talk about black players it always seems to be about them being a beast of a footballer. It’s about how fast they are, how strong they are, their physical attributes rather than their game intelligence.”

What would help to know is how accurate the words used to describe the specific players’ performance were. But of course, that is a far less measurable, often far more subjective, nuanced thing.

‘The Guardian has seen a selection of the commentary statements collated and analysed and in isolation they appear harmless. For instance Sheffield United’s Billy Sharp is praised for how “cute and clever” he is, and Real Sociedad’s Alexander Isak is criticised for poor “decision taking”.

‘But along with the piece of commentary that focuses on how “fit and strong” Real Madrid’s Ferland Mendy is, they harden the view of black athletes being less intelligent and hard‑working and able to succeed only because of their “God-given” physical and athletic attributes. That leads to racism, including the lack of opportunities black former players receive in coaching, management and at boardroom level.’

It is the cumulative effect of repetition which builds in the biases of perception.

The estimable Clive Tyldesley weighed in with a letter to the PFA about the issue to highlight something important.

‘Co-commentators, ex-players, their members, may well have contributed to the stereotyping in these findings. Most of the opinions and judgements you hear during commentaries come from the co-comms, they don’t come from me, the lead comm.

‘I mentor media undergraduates. I discuss the business, the purpose of commentary with them – does anyone discuss that with the co-commentators who step straight off the field and pick up a mic?’

It is an excellent point, as ever, well made by Clive.

Having got in touch with some commentators and presenters this week I know they would all be mortified if they offended anyone with their choice of words and just simply try to describe what they see, nothing more or less.

One person said that they were about to describe Michail Antonio as strong and powerful, but stopped themselves from doing so, fearing it plugged into the racist trope, even though the West Ham man is definitely strong and powerful. Is that a positive thing to do? They were not sure but feared they’d just be adding to the problem if they used those words.

I know this sort of discussion annoys the heck out of some people who seem to feel they’re being bullied by liberal fascists and are quick to accuse anyone who does so sympathetically as virtue signalling and all the other usual clichés, seemingly unaware that in doing so they are wilfully signalling something about themselves. But we have to ignore them. This is very serious stuff and needs serious consideration and thought. As the PFA’s equalities executive, Jason Lee (yes, him), says:

“To address the real impact of structural racism, we have to acknowledge and address racial bias. This study shows an evident bias in how we describe the attributes of footballers based on their skin colour.”

Discussing race and skin colour bias should be uncomfortable given the degree and depth of racism in our collective history and still ongoing. But we won’t get anywhere by being negative or defensive about this, or by trying to declare our own innocence when, as a white bloke, I have been raised in a society which has long normalised racism to such an extent that if it doesn’t affect us personally, we tend to only see the most egregious examples and not the societal structures – both cultural and economic – which hold it in place.

We have to ask ourselves these awkward questions, and be honest with ourselves, because the truth is, the words we use construct the reality we live in, so if we want to construct a better, fairer world for everyone, we need to use words that match that ambition.