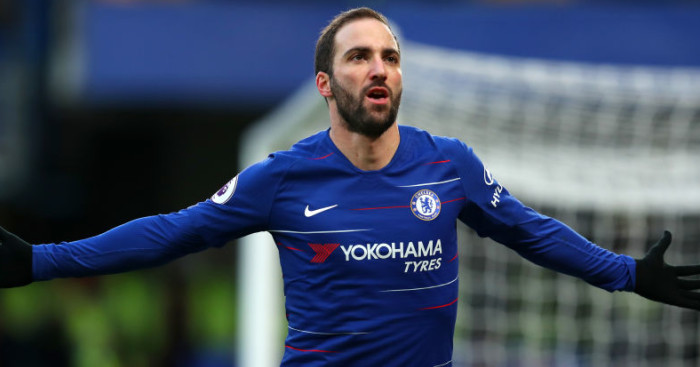 The Argentina striker last weekend scored twice against Huddersfield – his first goals for Chelsea on his third appearance since signing on loan from Juventus – and is expected to lead the attack on Sunday at Manchester City.

And the 60-year-old Blues boss says the 31-year-old striker is keen to respond from a disappointing loan spell at AC Milan earlier this season.

“In the moment he is really very determined,” Sarri said.

“Gonzalo is very suitable for my football, so the feeling is really fantastic.”

The signing of Higuain – an expensive recruit in his 30s – is contrary to Chelsea’s usual transfer policy and Sarri has previously acknowledged the need for the striker to swiftly make an impact.

Higuain’s only season under Sarri at Napoli was such a success that he described his coach as like a father.

“I hope I am the football father! I don’t know the mother of Gonzalo,” Sarri joked on Friday.

Cheers for that last point, Maurizio.