Home F365 Says In football, you only get one first impression… 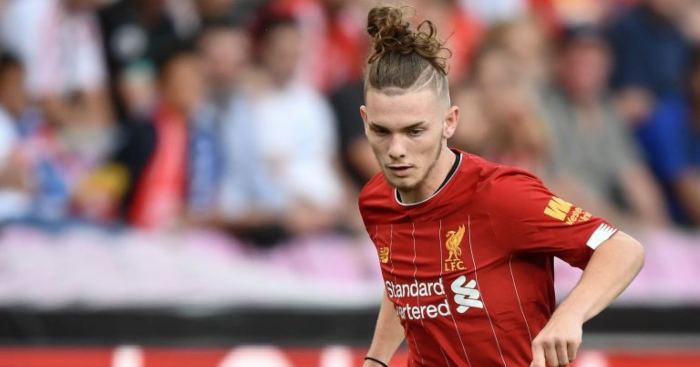 At any given time, a player is viewed in one of three different ways: a) he’s rated, b) he’s not or c) he’s unknown.

That third category has almost become redundant. The trend now is to know everything. Or at least to pretend. It’s funny, that. Football knowledge used to be more traditional. It used to mean being able to recite FA Cup winners or name teams that started obscure games in nondescript seasons. Now, it’s about knowing how close to the first team a 16-year-old Bulgarian full-back now is, or being able to feign familiarity with the Venezuelan player that some Championship club is trying to sign.

What hasn’t changed, however, is that once a player has made a first impression on someone for real, an identity is created which is highly resistant to change.

It’s difficult to describe why that is. One day a player is standing on the pitch for the first time and the next, you have this strangely fixed perception of what he can go on to achieve. Maybe there’s a pressure for fans to be that way? Somewhere between conversations with their friends and the kinds of debate they see online, there arises a compulsion to form a strong, binary reaction to everything and everybody.

Vote this way, vote that. Phone in to this number, like or retweet if you agree. Culturally, football is very like that now.

Whether that’s the main driver or not, it helps to shuffle players into one of those two categories – good or bad – and generally it’s forever, because how often does a player cross the boundary in between? Rarely. If we’re honest, most of us are not only stubborn in how we watch the game, but we also make our minds up ludicrously early and adopt oddly inflexible positions.

Say, for instance, an academy graduate gets a 20-minute debut at the end of a game. Most of the people in the stadium that day will leave, intentionally or otherwise, having decided whether that player is worth the manager’s time or not. For good or for bad, because it works both ways. From that point, either the player is waved off any time he comes up in conversation, or he becomes a little cause célèbre – someone who just needs more of a chance, or the counter-point to whatever the team is doing in the transfer market.

Remember Dani Pacheco and how often he used to appear in the mailbox all those years ago? That’s one for long-time F365 readers, but he’s a classic example of how wedded to first impressions most of us are.

Whatever happened
to Dani Pacheco? Wasn’t he supposed to be the best bits of Zidane, Romario and Kofi Annan a few years ago?#football365

It’s a natural habit, but it’s such an interesting one. It stands contrary to the game’s eternal truths. Players change. They grow. They learn. They adapt. They get better. Sometimes they get worse. Sometimes they become lazy or entitled or blighted by personal adversity. Everyone knows this, because it’s always part of the conversation around football. Supporters are always talking about teams maturing or players developing. In fact, entire debates have been had in the past about experience itself – whether it’s important, whether Player X has enough of it, how much of a virtue it is within a particular arena of the game.

On the one hand, then, football is a fluid concept which changes week to week, with all sorts of variables and unknown factors. On the other, players retain the same shape first assigned to them, damned forever to have a set of strengths and weaknesses that never change. It’s as if they aren’t highly pliable at all, or that they’re not being influenced by small coaching armies every day of their professional lives.

This might be a failing of the punditocracy. Within all the micro-analysis of the sport, how often do Sky Sports build segments around a player’s improvement? It presumably happens occasionally, but there haven’t been many instances when a winger’s crossing ability has been analysed year-to-year or when, for instance, a striker’s finishing range is measured against what it was when he was younger.

How often do new traits get noticed? When was the last time a player was praised for getting better in the air? It must have happened, because core technical skills are the basis for nearly every training session, but somehow it never comes up. It’s never commented on.

Neither does the opposite happen. Has there ever been a proper evaluation of why Theo Walcott never quite matured as a player? He was skilful and quick when we first saw him, all those years ago, but have any theories been explored as to why his game was so resistant to improvement? There aren’t many which come to mind and it suggests, tenuously, that the principles upon which a career depends aren’t examined in the way that they should be.

It’s rare, for example, to hear someone accept that they’ve been wrong about a player or admit that they’ve been won over by one they didn’t previously rate. Part of that is pride, nobody enjoys a climb-down, but it also implies such a thing as being right or wrong in the first place, and that when a player steps on a pitch for the first time he has a predetermined course ahead of him.

And that’s absurd. It’s the lie that we all seem to believe, all the while knowing that it’s not true.