Home All The News Football in 2018: Brazil starting XI leaked on social media 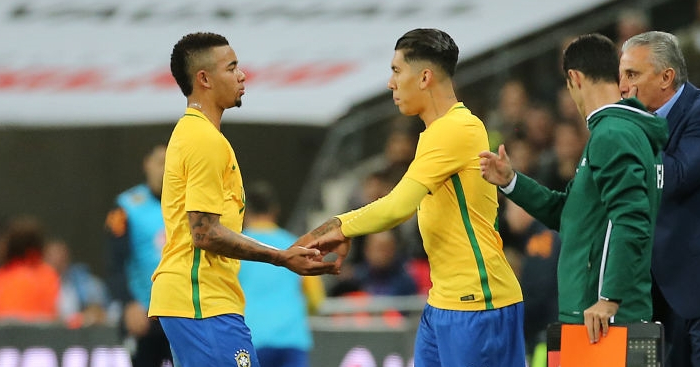 Brazil’s not-all-that-surprising World Cup starting XI has apparently been leaked on Instagram by a friend of Gabriel Jesus.

In an attempt to prevent such leaks, Brazil coach Tite allowed journalists to attend only 15 minutes of their training session, but friends and families of players were allowed to remain.

That looks like it’s backfired after a friend of the Manchester City player posted a video on Instagram. The swiftly-deleted footage showed a training drill involving Neymar, Jesus, Willian, Coutinho, Paulinho and Marcelo.

And it suggests that Brazil will start their campaign against Switzerland on Sunday with the same side that defeated Austria 3-0: Alisson, Danilo, Thiago Silva, Miranda, Marcelo, Casemiro, Paulinho, Coutinho, Willian, Neymar and Jesus.

Tite had gone to great lengths to combat the threat of spies discovering his team’s tactics, with three men tasked with waiting on the roof of a building near the training ground to look out for drones.