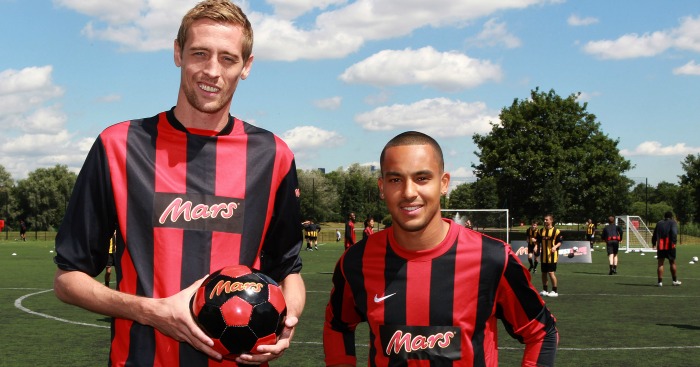 Last summer, the FA announced a new long-term sponsorship deal with Ladbrokes. FA Chief Executive Martin Glenn, said: “Ladbrokes join an outstanding portfolio of official FA partners, providing support across the England team, and the most famous cup competition in the world, The Emirates FA Cup. We are delighted to welcome them on board.”

It was to be a five-year deal. Nine months later, after a three-month review (what were they doing for three whole months?) the FA ended the deal this week. Shamefully, to the point of moral cowardice, there has been no detailed reasoning given for this change of policy. Their press release was an exercise in nothing-to-see-here obfuscation.

Just last August they were more than happy to strike a long deal with the bookies, so something major must have happened for the polyester blazers to conduct such a massive volte face. What was it? They don’t have the courage to say, but I think we can make some educated guesses.

Opposition mounted against the deal from the start. It looked badly judged in an era where gambling is a big problem for footballers and the wider public. Pieces such as this decrying football’s addiction to gambling, which got huge traction and to which John Murray referred on 5live, didn’t help their cause.

They were criticised on Sunday Supplement by some journalists for promoting betting whilst banning players from doing it. And I gave them a very big kicking in this piece.

Could they have changed their minds because they banned Joey Barton for 18 months for gambling and then realised their hypocrisy because it was the very thing the FA endorsed as a leisure activity by taking Ladbrokes’ money?

Could they have changed their minds because betting has become, not just wedded to football, but a profound part of its financial life support system and in doing so is causing an increasing amount of harm to people’s lives, as problem gambler numbers continue to rise?

It’s obviously not good PR for any organisation to be hooked into such a morally dubious industry.

Many people are now seriously worried about how integral the ”ave a bang on that’ culture has become to football at all levels. But beyond the issue of gambling, I suspect the FA are not prepared to publicly detail their reasons for so quickly changing their minds on this deal because to do would be to invite several other awkward questions about their financial relationship to others in the ‘outstanding portfolio of official FA partners’. God, doesn’t that sentence want to make to make you puke? Such de-humanising management-speak.

Questions such as why you are taking money from confectionery companies who sell sugar and refined carbohydrate at a time when child obesity is at an all-time high? Why are you taking money from fizzy pop manufacturers when the rising consumption of its empty calories is so controversial in encouraging that obesity?

Why are you taking money from snack food and confectionery purveyors when more than two-thirds of men and almost six in 10 women are overweight or obese, and when the country is in the
grip of a type 2 diabetes epidemic which threatens to quite literally bankrupt the NHS, a condition that we now know is fundamentally caused by over-consumption of sugar and refined carbohydrates?

We know sugar and carbs can become addictive for some, just as gambling can. Surely the FA knows this. And if they don’t, they should.

Because it doesn’t end there. Why are the FA taking money from alcohol producers, a product again entirely inseparable from so many public health issues, from obesity, diabetes, public disorder, through to some horrific domestic abuse statistics. And again, there are addiction issues.

The FA seems financially addicted to the addiction industry, doesn’t it?

And that’s before we question why the FA are taking money from sportswear manufacturers that have well-documented human rights violations to their names and who have used sweatshop labour?

Why is the administrative body of the national game normalising the consumption of all these products by actively advertising them in order to increase consumption, in the full knowledge that will actively damage the health of children, adults and of coming generations?

These are very awkward questions for them to answer and they don’t want to answer them. They are financially craven to these corporations and they know it.

The FA will no doubt point to the funds supplied by these ‘partners’ (a weasel word designed to disinfect the truth that these are mere advertisers using the FA and by extension football itself to promulgate their brands) are put back into grassroots football, as though that justifies it. It doesn’t. As though there isn’t cleaner money available. There is.

Quietly, but relentlessly, the FA has sucked in millions in corporate cash from highly inappropriate sources. Have they now realised the error of their ways, or is dropping Ladbrokes just a detoxifying PR stunt? I suspect that is exactly what it is. There is no other sign that they understand how deep in sin they are, though I would love to be proved wrong.

When the Ladbrokes deal was struck it was quite clear what their aim was. Their CEO Jim Mullen said: “Football is the holy grail of sporting sponsorship opportunities. We are absolutely
delighted to have secured exclusive rights that will see Ladbrokes at the beating heart of the beautiful game.”

“At the beating heart…” Yes, this full integration into the culture of the game is what all these advertisers want and have achieved by being welcomed and then embedded into the administrative body of the game. They are a cancer living in the body politic of football, eating its soul with its greasy jaw, feasting on the faith fans have in the sport.

They have brilliantly co-opted the FA into the normalisation of lifestyle choices, products, foodstuffs and drinks that are ruining the quality of many, many people’s lives. They have allowed football to make it look as though these products are healthy, normal and associated with fit and successful athletes. It is a heinous psychological corruption for which they should be thoroughly ashamed, at least as ashamed as they should for ever having had an ‘official betting partner’.

And yet, the EFL is still sponsored by Sky Bet. Half the Premier League teams are sponsored by gambling companies and that is but the tip of the iceberg. If you don’t think we are in an extreme situation where terrible lifestyle choices are being pushed as perfectly fine and normal, that is a testament to the indoctrination we have all been subjected to for so long. What is actually extreme, through ceaseless, generation-long marketing, have been made to seem normal.

We are now seeing football’s equal of insider trading as companies with a broadcasting and a betting arm create a story to encourage bets, a story which is then quietly dropped or denied, but only after all the bets are gathered in. That feels to me like some flavour of legalised corruption. Does the FA care?

The fact this industry has infected the entirety of global football, an unchallenged enemy hiding in plain sight, is terrible, so we must now, given the FA’s capitulation on Ladbrokes, push for a similar embargo on advertising gambling that applies to the tobacco industry. That view is not popular with those who pay me to write these columns but they at least allow me a voice.

Then we can start on dismantling the ‘outstanding portfolio of official FA partners’ who are ruining the health of the nation while riding on the back of football to try to bleach themselves of their sins that they have managed to market out of the collective consciousness.

When the fun stops, stop? So stop.