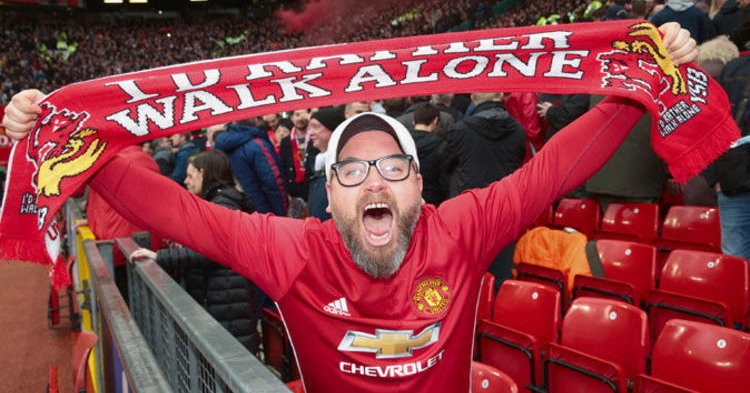 Where will we be in ten years?

That’s a question aimed at football, but likely answered by the patterns exhibited in the world beyond. What will people read, what will they write?

At the start of the summer, the New York Times reported that UEFA would be opening disciplinary proceedings against Manchester City and, given that it was just a few months ago, everyone likely remembers how well that was received. With whoops and hollers on one side, and a furnace of rage on the other.

What it demonstrated at its root was very clear: people like being told what they want to hear, and don’t what they don’t. That’s probably always been true – compliments, criticism and all that – but it’s much more visceral now, and is shown to be the case more publicly and far more often.

Current affairs has become the murkiest of all waters. Once upon a time in the UK, perhaps naively, newspapers were bought for the information inside. Now, they’re increasingly used to re-affirm perspective or bias. What determines whether someone buys the Daily Mail, the Guardian, the Telegraph or the Times? Possibly the layout, maybe the price, but most likely the opportunity to nod along to something with which the individual already agrees. What informs that decision, then, is not a desire for information, but rather a taste for a particular kind of truth. The news, but shuffled, ordered and disseminated in a way which doesn’t disrupt a belief system.

The Manchester City story was testament to that because, at its original point, it involved the reporting of a fact. In the days and weeks after, the opinion pieces started to be written and it was generally okay to be on one side or the other of those. But not the original report: the revelation that UEFA would launch their investigation. Within 48 hours it was shown to be entirely accurate and yet, still, the torches continued to burn.

Where does this lead? For the sake of a prediction, probably towards the industry catering to those kind of tastes. In fact, maybe it already does to an extent.

The popularity of online fan accounts is interesting. Not the ones with balance, which react to a team’s form over the course of a season, either on websites or podcasts. No, the other kind: the propagandists. The sort who peddle conspiracies, invent quotations or waft out their banal rhetoric, like little ministers giving fundamentalist sermons.

At the level above it exists too, just in more subtle ways. It’s not widespread enough to be described as prevalent, but there’s certainly a big market now for the kind of journalist who claps along with the good and ignores the bad. There’s really nothing wrong with that, even it can become a little saccharine at times, but it does – again – make you wonder what it will eventually signpost towards.

In time, will news outlets wear their sporting loyalties like they do their political stances? Some already offer noticeably more substantial coverage, but will that become more ideological in nature? In a way, it’s actually surprising that it hasn’t happened already, that falling ad revenue hasn’t compelled someone to hitch their wagons to an unapologetic truther. Someone, perhaps, who dedicates thousands of words a week to telling fans how right they are to think their club is the greatest and bestest in all the land.

Particularly now, particularly given the panic in the industry – and especially because it’s a format being exploited so successfully elsewhere. Think of the blowhards who shout at each other from either side of the political fence on a daily basis. And consider how widely their columns are read and how loyal those readerships tend to be.

People’s beliefs are the churches, just like their football teams. So is the theory that football will eventually just follow this lead so outrageous? Is the idea that, one day, you could click on a link and find @XhakaOzil or @PogbaTekkers in the space where Barney Ronay, Jonathan Liew or Paul Hayward used to be so ridiculous?

Yes. But would those links get clicked? Absolutely.

This is speculative, conspiratorial gibberish, instructed by too much coffee and not enough sleep. Let’s call it what it is. But – but – if football follows the example being set elsewhere, and becomes a place where disagreement can’t be tolerated, how will the eventual adaptation to that look and what will the consequences of it be?

To credit the clubs for their foresight, they saw this coming. That’s why they launched their television channels and iPhone apps and why, most likely, they will eventually try to process the entire news cycle through their own filters. As football becomes more valuable and the ‘brands’ within it more lucrative, the need to purify the lines of communication with the supporter grows. Perhaps one of the most revealing moments of this, or any other year, was when Geoffrey Boycott did that interview with MUTV and wandered completely off-script. Watch the presenter in those seconds and see the alarm flashing behind his eyes. Boycott was right, of course, but that’s increasingly not the point in modern football.

And perhaps there are now enough people willing to play along. Enough of them who are ready to roll up a sleeve for the nurse in the club blazer. To take the jolts of sponsor-approved happy serum and then sit in the safe space lined by portraits of heroes caught in a perfect light.