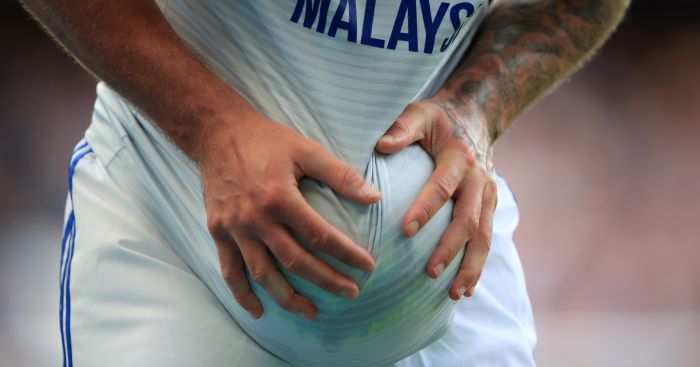 The International FA Board are reportedly looking at way to crack down on time-wasting in football, including the possibility of putting a ban on injury-time substitutions.

The Daily Mail claims that the proposals will be discussed at the IFAB’s annual meeting in March with another idea that could see players encouraged to walk off to the nearest touchline rather than their bench when being subbed off.

“We all want to crack down on major time-wasting and increase playing time but the fundamental question is how we do it,” an IFAB source said to The Times recently.

In the recent Premier League match between Cardiff and Burnley, an amazing eight minutes of time were taken up by waiting for Cardiff’s Sean Morrison to take 20 long throw-ins.

Almost as shocking, was the fact that the ball was in play for a total of just 42 minutes and two seconds.

Amazingly, it isn’t the shortest amount of time the ball has been in play in a Premier League match but you have to go back to December 2013 to find it.

Stoke City and Aston Villa played out a match that month that saw the ball stay in play for 40 minutes and 50 seconds. Crikey!