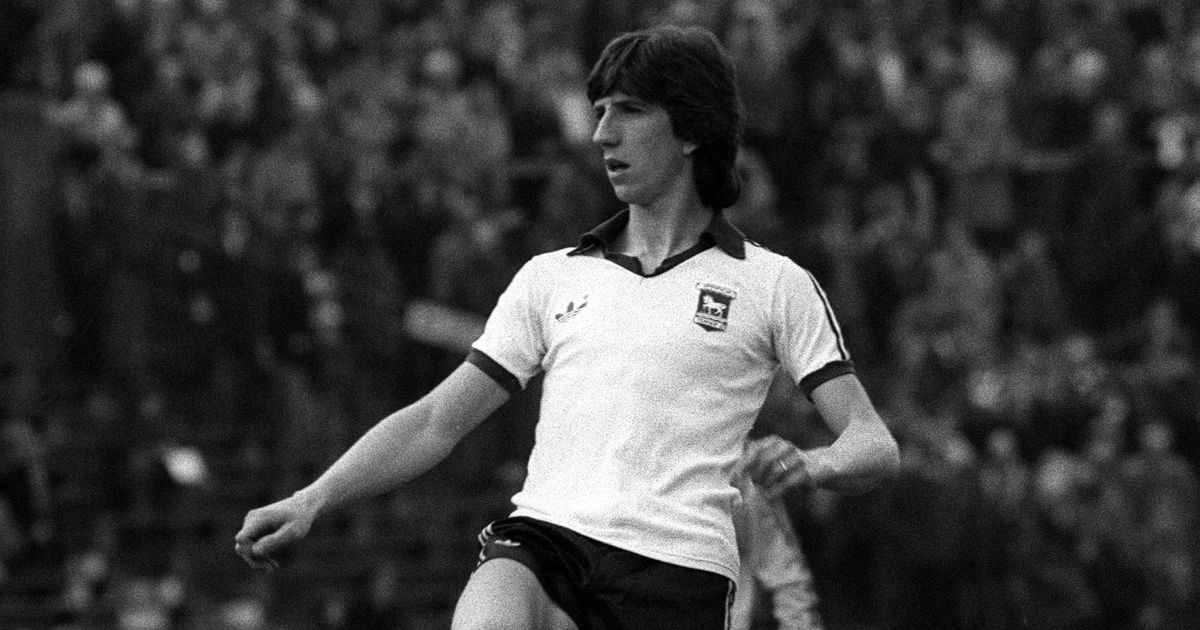 Former Ipswich Town and England striker Paul Mariner has died at the age of 68.

His other clubs included Plymouth, Arsenal and Portsmouth while he also earned 35 England caps and scored 13 times for his country.

Mariner had been battling brain cancer.

A statement from his family read: “We regretfully inform you that Paul passed away peacefully on July 9 surrounded by his family, after a brief battle with brain cancer.

“We would like to thanks all the people who came to see him through his illness for their support and for the messages that were sent to him, they meant a great deal to him and us.

“A special thank you must go to the NHS and the unbelievable care he received when he most needed it and for that we, as a family, will forever be in your debt.

“Paul lived a full life and was fortunate enough to represent a group of fantastic football clubs as well as his country, all of which meant the world to him.

“Anyone who knew Paul will attest to his fantastic sense of humour, his passion for life and for his work.

“He will be sorely missed by everyone who was ever around him and by those most close to him.”

We are devastated to hear the news of the passing of Town legend Paul Mariner at the age of 68.

The thoughts of everyone at #itfc are with Paul’s family and friends at this sad time.

Mariner, who played at the 1982 World Cup, also had spells playing and coaching in the United States and he managed Plymouth during the 2009-10 season. He later managed Toronto FC and worked as a media pundit.

A tweet from Ipswich read: “We are devastated to hear the news of the passing of Town legend Paul Mariner at the age of 68. The thoughts of everyone at #itfc are with Paul’s family and friends at this sad time.”

A tweet from the England team’s account read: “We’re sad to have learned that Paul Mariner, who made 35 appearances for the #ThreeLions , has passed away at the age of 68. Mariner represented England between 1977 and 1985, scoring 13 goals. Our thoughts and sympathies are with his family, friends and former clubs.”

Butcher told Sky Sports News: “I remember him standing there, his chest was out, his chin was high, he was standing to attention. He was just perfect. That’s the example I wanted to follow.

“What it meant to him to play for England was everything. He was totally committed for England.”

We’re sad to have learned that Paul Mariner, who made 35 appearances for the #ThreeLions, has passed away at the age of 68.

Our thoughts and sympathies are with his family, friends and former clubs. pic.twitter.com/kusQZYmVs4

Mariner began his career at Plymouth and scored 61 times in 155 appearances for the club before leaving for Ipswich in 1976.

A statement from the club read: “The Argyle family is devastated to learn of the passing of legendary striker Paul Mariner.

“Everyone at the club sends our deepest condolences and best wishes to Paul’s family and friends at this tragic time.”

Wilkinson said: “Anyone who earned compliments from Sir Bobby Robson deserves special recognition, and Paul’s goal tally tells you everything you need to know about his ability as a striker.

“Having faced his teams as a manager, I remember Paul as a tough opponent and a great team player. His enthusiasm and passion for the game was apparent throughout his performances.

“Paul’s contribution to football, both for club and country as a player and a coach, was enormous. This is a great loss to the game and I am saddened to hear of his passing.”

LMA chief executive Richard Bevan added: “Paul will be very much missed by his friends within the LMA and his colleagues from across football. Our thoughts are with Paul’s family and friends at such a sad time.”