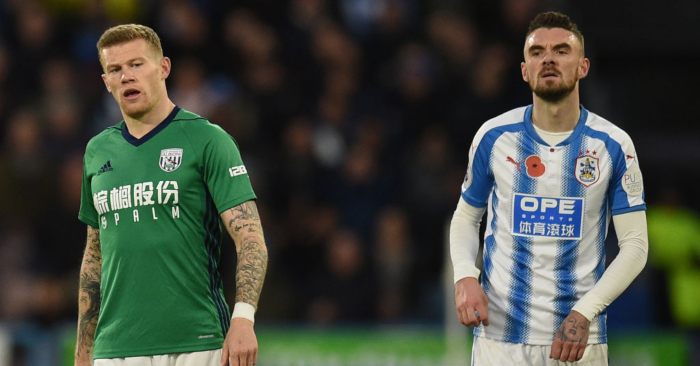 “I don’t even know who the Prime Minister is any more. I haven’t got a clue,” said Gareth Bale last week, adding, hopefully with knowing self-parody: “I follow the golf, that’s about it. I can tell you who’s No 1 in the world.”

How is this possible? You would have to actively try to not know who the PM is. Shutting your eyes as you pass every newsstand, putting your fingers in your ears during every news bulletin on the radio. Never seeing any current affairs on TV. Not seeing any comedy that might refer to him. Never hearing or seeing an impressionist. Not looking at the internet. Not talking to anyone at the golf club’s 19th hole. Do any of these and you’d know accidentally by cultural osmosis.

But no. Bale seems to have volunteered to live in some sort of information-deprived vacuum which only golf and money (£92,993.02 per day, according to the Telegraph) penetrates. As he sand wedges his way out the bunkers like all three wise monkeys rolled into one hearing, seeing and speaking nothing from within his hermetically-sealed Golf World, it seems he isn’t taking part in reality, other than to do an interview to promote some new investment, before climbing back into his weird, double-glazed existence.

What else doesn’t Gareth know? I mean, if such basic facts do not register in his consciousness, has he heard of Finland, for example? Or hamsters? The poppy? Because it is November and November, to misquote TS Eliot, is the cruellest month, at least if you are James McClean.

His yearly decision not to wear a poppy is always contentious for a noisy minority. While most of us feel that the fight for freedom was, at the very least, a fight to not wear symbols you don’t feel comfortable wearing, it has become some sort of patriotic litmus test for others. Some tabloid newspapers, always keen to stoke bullying of liberals, lefties, SJWs or whatever weird label they like to use these days to describe people who don’t conform to whatever horrible political agenda they’re pushing this week, will take delight in ‘outing’ people in the public eye ‘caught’ without a poppy on their lapel. They know there is a milk pan of outrage always on the verge of boiling over on this issue. It sells papers and offers a free hit for fulminating fascists and self-styled warriors for the war dead.

McClean has, in detail and with great articulacy, explained the reasons behind his choice – I’d urge you to read them if you haven’t already – and given the hostility it provokes, it isn’t a decision he’s come to lightly. And while in his case it obviously has an important Irish dimension, being against anyone who is even slightly not pro-poppy has become a sort of religion to be defended at all turns by some.

Poppy-based hostility isn’t a new thing. In 1933 the first white poppies were made by the Women’s Co-operative Guild as a pacifist alternative, representing a desire to end all war. This angered many then, as it still does now. It was thought unpatriotic and disrespectful, even. As though wanting to live in peace and for no-one to die in mass bloody slaughter is a bad thing.

The only poppy I’ve ever worn was a white one of the Peace Pledge Union back in 1979 because the red version seemed even then to have become a glorification of war, not a memorial to how f**king disgusting it is. And given that I had been raised by a father with undiagnosed PTSD after fighting in World War II, who had binned his medals at the end of the war in his own personal, private protest at what he called “the whole disgusting business”, and that I’d lost three uncles shot down from the skies by the Luftwaffe, this felt more than appropriate. Needless to say, without any understanding of irony, someone on the streets of Newcastle took a drunken swing at me for this choice. After that, I decided to just not bother with a poppy of any hue, feeling it is what’s in your heart that matters, not what is on your lapel.

But now more than ever, we live in an era where publicly showing you care seems to matter more than the actual caring. And fear of being accused of not caring is the greatest fear of all for anyone in the public eye. So god forbid you appear in public without a poppy today. What sort of monster are you? People died for you and you are insulting them.

So for a ludicrously lengthy 18 days before Remembrance Day, I’m pretty sure we won’t see anyone in the world of football, be they a referee, player, manager, presenter or pundit on Soccer Saturday, Match of the Day, Sky Sports, BT Sport or Quest, appear without a poppy. They’re probably wearing them in radio studios too, fearing the webcam catches them ‘disrespecting our boys’. Hell, I bet even Gunnersaurus wears one in honour of the fallen dinosaurs. And if that’s what they as individuals want to do, that’s obviously fine. But when such pressures exist, is this really a free choice?

Does no-one depart from that view? Not one person? Everyone in football is agreed, are they? Everyone apart from McClean? Not a single other dissenter? Isn’t anyone even a bit uncomfortable wearing one? Given how many people work in football, it would be unusual unanimity to say the least.

I don’t know this for sure, but I suspect there are people behind the scenes making sure that anyone turning up poppyless is given one before going on air, or on the pitch, to avoid a scandal breaking out. So scared of the wrath of the poppy fascists and consequent media furore are they, it’s easier to just put one on and shut the hell up. That’s how successful the bullying has been.

There are ever more stylish enamel versions now available in all sorts of different styles and designs, which seems a bit weird, as though the fallen have become a fashion item to aggrandise the living with. Maybe the more expensive it looks, the more it shows the depth of your empathy for the war dead. I don’t know. But I do know that my dad would’ve thought it appalling that it had come to this. The idea the McClean or anyone else would be so abused for their stance would’ve disgusted him.

It’d be nice if this year the football world and media were allowed to make a genuinely free choice, without suffering the slings and arrows of faux outrage. It’d be nice if a presenter, player or pundit doesn’t want to wear one, they absolutely should not have to and this right should be defended as a basic liberty by the rest of us.

In 2015, Harry Leslie Smith, a 92-year-old World War II RAF veteran, said he’d stopped wearing a poppy because “the spirit of my generation has been hijacked” by latter-day politicians to “sell dubious wars” in Afghanistan and Iraq. He argued that the Royal British Legion does much good work for ex-service personnel, but that if politicians “want war they must be prepared to pay for the consequences and not leave it to charity”.

A spokesperson for the Royal British Legion has said the poppy “honours all those who have sacrificed their lives to protect the freedoms we enjoy today, and so the decision to wear it must be a matter of personal choice. If the poppy became compulsory it would lose its meaning and significance. We are thankful for every poppy worn, but we never insist upon it, to do so would be contrary to the spirit of Remembrance and all that the poppy stands for.”

And that is as clear a statement on the matter as you could wish. But it seems to make no difference. Along with all broadcasters, clubs are so fearful of the poppy fascists that they’ve embroidered the flower into the actual shirt to make sure the club and its employees is seen to be ‘doing the right thing’ at least as much, one suspects, in fear of the negative publicity for not doing so.

Cheap jingoism and bloody patriotism debases all of us – alive or dead, civilian or otherwise. What’s more, it is a driver at the root of so much war and conflict. We all have our ways of honouring people who have fought and died in various conflicts, and even if we don’t, we shouldn’t be dictated to by the bullies who have turned it into a symbol of narrow-minded oppression. Football should stand against it, but maybe football, like Gareth Bale, lives in its own world of splendid golfing isolation, isn’t interested in engaging with the real world at all and would rather just keep its head in the sand.