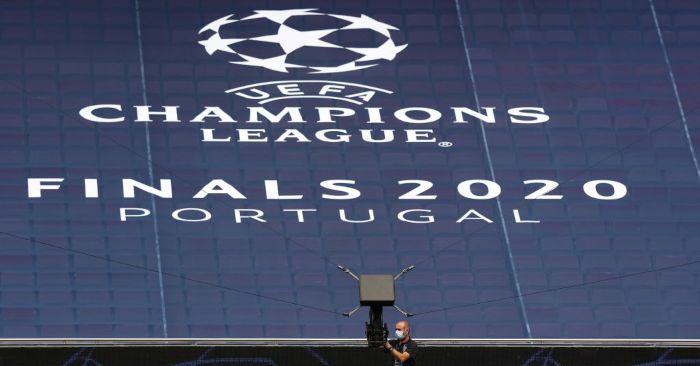 This should be the first week of the new Premier League season. But football is only adding to the sense of ridiculousness.

Does anyone else feel like in the last week or so in particular they’ve completely lost their mind?

This has been a bizarre and challenging year for everyone for all manner of reasons. Let’s not go into them in too much detail here, because this is supposed to be a football site and some of you right-wing snowflakes can get a little bit precious if we mention politics, but right now the UK has the worst Covid situation and the worst economic predicament of any G7 country.

The news is filled with journalists on boats bellowing at refugees and turning the plight of desperate humans risking their lives on leaky dinghies into some kind of grisly Total Wipeout reality show, government ministers are arguing with ice cream about refugees and with Japan about cheese, and the Prime Minister is on holiday.

But can football – the great escape, that most important of the unimportant things – help us try and somehow get through this hellscape with sanity intact? Can it balls, because that’s all confusing and messed up as well.

The Premier League’s big shiny Project Restart somehow managed to feel normal. Maybe because it was all big and shiny and fake which is actually enormously on brand. But right now, as we head towards the end of summer, I feel like I’m suffering from some form of disorientating football jetlag. There is simultaneously too much football, not enough football and also the wrong football.

It is the middle of August now; it should be the first week of the new season. But it isn’t, except in Scotland and even there the whole thing is one domino away from collapsing altogether anyway.

The old season is still clinging on, the new season is still a month away, and the incongruity is fuelled further by endless OTD tweets about Dele Alli celebrations or new signings marking their debuts with goals to remind us of what should be happening right now.

We should have had a whole actual Euros a month ago. There’s an alternate timeline where everything else is still pretty much f**ked in the grand scheme but at least football came home and Harry Kane has a knighthood.

Now instead of that we’ve got two major summer tournaments going on, but they’re the Champions League and the Europa League. That’s not right, is it?

And they’ve got the wrong teams in them. In a normal year, a Champions League featuring only two former winners and none of the reigning champions from England, Italy or Spain would be a cause for celebration, a sign that the closed shop the big clubs desperately want remains as tough to actually secure as it ever has been. But this year it just adds to the whole dizzying sense of things Not As They Should Be – not least because those three domestic champions were only crowned a month ago.

Atalanta winning the Champions League would objectively also be one of the very best things to happen in this absolutely dreadful year. But we’re not emotionally in a position anywhere near able to handle that sort of thing right now. Christ, just imagine if this is the year PSG manage not to b*llocks it all up – contemplate trying to handle that amidst everything else that’s going on. I’m afraid Barcelona or Bayern are going to have to win it or we’re going to have some kind of episode.

Of course none of this really matters. Of course we should really be grateful that football is happening at all. But right now all it’s doing is adding to the head-spinning nausea of the upside-down and back-to-front world we find ourselves in.