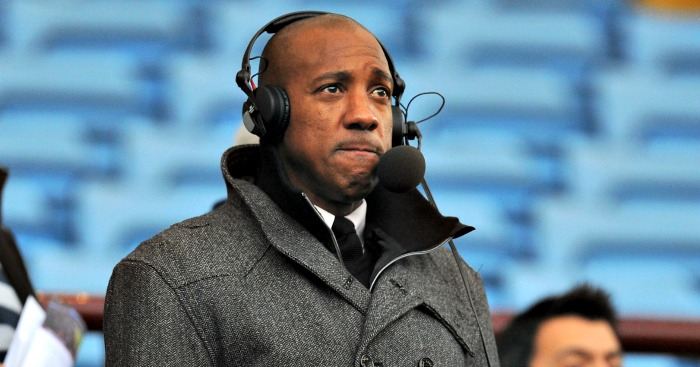 Fashion police
Dion is now 46 and is still apparently in tremendous nick. A man who is very wedded to the pricey jacket ‘n’ jeans style option, usually worn with open necked shirts. With long rangey legs, he favours a very tight trouser and likes a long pointy shoe. Wears one of those fine, merino wool, crew-neck sweaters under the jacket in cooler weather, which tends to give any man the sensible look of ‘dressed by mother’. Ties, when worn, tend to be surprisingly unflashy plain or with a fine stripe. One of those men for whom traditional neckwear seems overly restrictive and against his relaxed, laid back nature. Loves a tight, stretchy t-shirt to show off his ‘guns’.

A phrenologist’s dream, he seems to have never chosen hair as a top-of-the-head covering option, preferring the smooth, bowling ball instead. Totally suits him, to the point where it’s impossible to imagine him with hair. Flirted with a ‘tache in his Manchester United days but somehow it never really took off.

Lingo bingo
Has that rather pleasing, but impossible to imitate, Leicester accent, which rolls together Brummy with a bit of Derby, Nottingham and Lincolnshire. Has a self-deprecating lugubrious aspect to it, some might even say slightly melancholic. Recently watched him on Sky with Merse and that bloke who looks like Lee Mack, picking his all-time favourite team of players that he played with and it seemed done in one take. If so, DD was very articulate throughout and there was no humming and erring and wotsisnameing…solid work. When punditing, doesn’t display a vocabulary that is overly dedicated to tactical analysis, seems more likely to be the man who stands up, shouts ‘tequila!’ and out of nowhere, somehow has a woman on each arm.

Hits and misses
The football punditing gig has been on the table for some years now and DD has been a voice for hire on a regular basis across all networks. One of the pundits employed for the good vibes rather than any unique football insight. Is always good with an anecdote about John Beck, Fergie, Merse or any of the other characters he played for or alongside. As he came up the hard way, he’s always seemed a humble sort and not especially one for grandstanding.

There are very few ex-footballers who have branched out into other non-football presenting gigs in the media, but Dion has done that in the last year, presenting Homes Under The Hammer, which is one of those property porn shows which glorifies making money from buying houses, doing them up, then selling or renting them out. Apparently, it’s very popular at 10am. I had no idea it even existed until I saw it while in the gym the other week. And there was our man, one hand in a pocket, casually flicking his feet out, looking very cheerful whilst talking about putting in a breakfast bar and how much rent you can screw out of some poor sod for a sordid little grief hole in Tamworth. In a show which also features dead-eyed estate agents, who seem to know the price of everything and the value of nothing, Dion is a warm presence and seemed to know what he was doing. This didn’t stop some people actually complaining to the BBC about his appointment. Hopefully the BBC told them to turn off their TV and go and do something less boring instead.

But Dion’s hits don’t stop at advising remodelling your toilet into a fully functioning and yet stylish slaughterhouse; he also invented a percussion instrument called The Dube, or, as most of us might be more inclined to call it, ‘a Box’. Still, fair play to him for even making the effort. Plays a bit of saxophone and was once on stage with Ocean Colour Scene. You can’t imagine ever saying that about Michael Owen, can you?

Other hits including once head-butting Robbie Savage in some style.

And then there was all that business about having his intimate anatomy immortalised by Sir Alex, who really shouldn’t even have been looking, if you ask me. His observations were a fact that someone I knew who once ran a menswear store in Stratford-upon-Avon, was only too happy to confirm via various changing-room-based incidents.

As if that’s not enough, he runs DD9: a “Bespoke Supplier of Musical Entertainment for any Event!” I love that exclamation mark, as though it’s surprising. How is it ‘bespoke’, exactly? Do they make instruments to order? Can I go to them and ask for a nine-string guitar, made out of the skeleton of a beaver? No. Can I get them to supply me with some instruments from a shop? Yes.

No obvious big misses, or at least no public ones, except an ill-advised attempt at managing a band, apparently. Can’t see him giving the bootleg merchandise sellers a hard time backstage at Madison Square Gardens, Peter Grant-style, somehow. “It’s my bloody act!” Seems to be a chap who enjoys life, as recent photos on Twitter showing him drinking in the Hamptons, well reflects.

Big club bias
Any time he’s on football telly, he seems to be having a great time, laughing and joking. And that’s how it should be. Did his time at the shitty end of the stick, on his way to fame and fortune, and that seems to keep him grounded and less hypnotised by the glamour clubs. His Twitters profile says it all. “Just a normal lad from Leicester who had a special job #verylucky!“ Seems to love an exclamation mark.

Loved or loathed
All the fans of the clubs he played for seem to look back on his fondly. My social media research revealed a lot of love for him, especially at Villa, who still appreciate his hat-trick v Arsenal and the Savage headbutt. Those who have met him universally report him to be an absolute gentleman, good-natured and very relaxed.

Has an old school aspect to him. Doesn’t like the pampered modern player who wants everything on a plate. Dislikes those who won’t play through a knock, divers, defenders who can’t tackle and, as befits a man who broke his neck playing the game, favours not rubbing it if it hurts. One of the last wave of old school English, grit ‘n’ gristle footballers.

The PFMs love a bit of Dion. Quietly, they all admire a well-hung man, though would never dare say so until the second bottle of brandy, after which they’d tell you there’s nothing wrong with that, by the way. The male physique is a thing of beauty, isn’t that right, Deano? Deano? Oh no, he’s had a go of Reidy’s highly experimental chloroform and marmite daiquiri. Is he still breathing? No? Here’s my personal defibrillator Mickey, give him a couple of blasts, will you?

Hardcore old school PFMs see Dion as an exciting youngster with a bit of a modern touch who can get them into the more fashionable nightclubs and casinos, when they’ve got their best suits on. They like the fact he’s cheerful because it makes a change from looking at each others bitter, paranoid, twisted, scowling faces. In that regard Dion is PFM prozac. They’re comfortable he’s old school enough to not be overly judgmental of their less socially acceptable habits and language, and will accept that all abuse is really just banter, even if it does lead to someone being thrown through a plate glass window. So he’s always welcome on a break with the boys in a 21 star hotel in some oppressive middle-eastern regime where, after a few drinks, he’d be up for that classic PFM sport of running across the bonnets of parked cars, as well as fashioning a primitive catapult out of a clothes prop and some underpants and using it to propel TC over a skyscraper.

And when it came time to take home Miss February of 1979’s stiff brushes and assorted wooden cleaning implements calender, from Dubai nightclub, The Gritty Slitty, the PFMs would happily defer to DD’s skills in this department, mostly because they don’t like women and would prefer to have a piss-drinking contest.

When it comes to his TV work, they love how he doesn’t do tactics and much prefers anecdotes about how old school defenders would kick you in the balls and call it love. Mmm, that’s real love, not this foreign business with tongues. They don’t call it French kissing for nothing, Jeff.

When it comes to music, no PFM likes anything recorded after 1987 and would be forever pestering Dion to play Baker Street on his sax.

Ah yes, Dion, what a man. Oh, for god’s sake Reidy, will you stop playing that bloody Dube, you look like one of King Louie’s monkey’s in the Jungle Book. 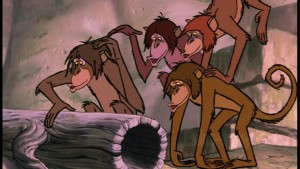 Beyond the lighted stage

He’s a Princes Trust Ambassador, possibly as opposed to an Austin Ambassador.

In 2014 he recorded a Christmas album, called Dion Dublin’s Christmas Presents…No really, he did. Cancer charities got £1 out of every £5.99 sale and no doubt welcomed all of the £27.00 raised. Boom, boom. Organises a charity ball and seems to spend a lot of time raising money for one cause or another. Outside of that and standing in people’s lofts admiring how they’ve converted it into a S & M palace of pain, it’s all about music for DD. Seems a very well-rounded sort.