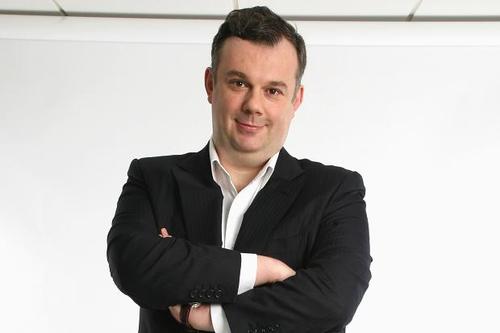 Fashion police
Dresses like a Wall Street banker on his holidays. Expensive-looking, well-tailored dark jackets with open-necked white or black shirts, are the usual order of the day. He often appears doing pieces on ESPN in what looks a hostage situation, sitting in a small, hot room, peering back at us with a fine veneer of moisture on his flushed brow, but remains well-dressed, all the same. The sort of man who would wear an expensive cashmere scarf and a coat made by an old Italian tailor.

Lingo bingo
The only subject of this column to speak Italian, German, English, Spanish and Japanese. Japanese? Not for me, Clive. Also the only to have two University degrees and neither are from the University of Life like them ones what I have got.

His tone and accent, derived from an upbringing in Chicago, Poland, Germany, New York and Japan, is very distinctive and stands out as a little exotic in British media. In a world where your Merses, Tommos and TCs sometimes chew words up and spit them out in incomprehensible stream of consciousness diatribes, he always seems very coherent and organised in his thoughts. This may be due to the age-old trick of being clever. Has a dry wit and capable of deploying a touch of sarcasm when needed.

Writes in an accessible but thoughtful style. His recent piece on Manchester United, perception and the media, for ESPN, was typically incisive in pulling the curtain back on how the information that comes out of clubs arrives in our ears and eyes.

Sunday Supplement all too often reveals how a journalist often doesn’t make a good communicator, so the fact Gab straddles the two wild stallions of print and broadcast media with the same style, is a testament to his huge talent. Always impressive when he displays his Italiano chops, especially if he’s on with someone for whom English is his only language, but speaks it as though it is a foreign tongue.

Hits and misses
Did work for Talksport for a few years, which can lead to opprobrium, but then, he’s popped up on any and every outlet since, too. Did a fondly recalled 606 stint, and a really great 5live Friday evening preview show with Mark Pougatch. Wish he’d get asked to do that again. Now that 5live have introduced the very welcome European Football Show as an addendum to the Monday Night Club, hopefully he’ll be given opportunities to stretch out once more.

A very good writer and an effective communicator, it’s fair to say that he stands at the peak of the English-speaking, European, British and transatlantic football media mountain range. Not afraid to be critical of players and managers and call a deal shady when he needs to. Doesn’t seem in thrall to the usual cabals.

Renowned as a man with a bulging contact book (I hope it is an actual book), Gab has the advantage of being intelligent, articulate and well-connected and this gives all of his work an air of authority and relaxed confidence, without once surrendering to the football hive-mind, group-think, nor descending into cliché. In short, you believe him, whereas one all too often suspects other press people of puffing up non-existent stories or claiming exclusives on commonly available information.

A big name, I’m told he’s not Big Time in any way and that’s a great thing in a football media often populated with the pompous, the venal and the self-important. Writes for the Times but hasn’t been asked to make a hugely misplaced and cringeworthy advert about it. Phew.

Big club bias
Any man at the elite level of his field knows that it is breadth of knowledge and vision that sets you apart from the beasts of burden. Being over-focused on the big names all of the time would be wrong and also, more importantly, dull.

Loved or loathed
Social media research revealed much love for his work and for him. Views can be condensed thus: bright people like him, thick people have never even heard of him. Those of us who like our football culture not to have its knuckles on the ground, look to Marcotti to treat us like we are intelligent, sentient creatures, with a thirst for knowledge and entertainment. We look to him for well-expressed insight and understanding into football all across Europe and in MLS too. We love his transcontinental perspective and few others give it to us quite so distinctively.

But outside of this environment, his name will not ring any bells. Marcotti? Didn’t he invent the radio, Jeff? I thought it was sort of pasta, Gary. No, it’s them little almond biscuits they give you with them milky coffees that the foreign lads drink, Mark.

Proper Football Man
Obviously is immediately disqualified for not being an ex-player and because Marcotti can’t be easily made into a nickname and because Gabriele is a woman’s name, isn’t it, Motty? Oh I say, ha ha. I tell you what, I think he’s right, you know.

Any PFM worth his vinegar really sodding hates writers and journalists, yet will mercilessly exploit their need for stories and news. Thus they string journos along while they’re useful to them, and then dump on them from a great height when necessary and without any qualms. If the situation is reversed however, they will be righteously offended.

However, the foreign journalist presents a different problem. You can’t rope them into the sulphurous conspiratorial PFM club as easily because they’re not blinkered and you need to be blinkered to think the PFMs are as brilliant as they think they are.

Also, I’m not being funny Jeff, but foreigners are foreign and they make meal of everything, don’t they Motty? Ha ha, well, goodness me, simulation, that’s what they call it now, you know. Nothing wrong with a healhy debate, by the way. What would Shankley have said?
Marcotti is especially slippery because he’s a foreign, but is apparently based in England and speaks quality English. So he’s both an outsider and an insider. How can you speak English and still be foreign? Is that like being Welsh, Deano?

Yet, he doesn’t come across as a high-minded aesthete who sees his body as a temple of purity. And as someone well-versed in the culture of America and Italy, he has the substantial frame of a chap used to imbibing a few bottles of a big Zin and a powerful Barolo. He looks like he enjoys the finer things in life, possibly dining on pricey Wagyu beef and washing it down with a top notch sake, whilst watching the Milan derby in quality tailoring and posh shoes. The PFMs quite like this as they enjoy anything expensive because it shows they’re successful unlike the scum they were raised alongside. Have you seen my watch? 15-grand.

And if Reidy was to appear in the studio, somewhat impishly, looking for trouble with a capital T and carrying a flask of Deep Heat, Benolin and yage, Gab would probably not be averse to drinking deep from it. Again, this gets the PFM’s approval.

But despite these qualities, he can never be accepted into the Mock Tudor mansion of the PFM, as it seems highly unlikely he’d be papped at 4.27am coming out of Sloppy Seconds in Ramsbottom with Miss Anusol Body of the Year 1991. Too chunky for the shopping trolley of shame, he will not want to be involved in post-nightclub japes involving inflating TC with a petrol station air pump, writing obscenities in marker pen on Deano’s face after he’s passed out in a Little Chef toilet, or having an ill-advised sexual encounter with a horse after going blind whilst drinking from Reidy’s flask. Why the long face, luv? It was an honest mistake, officer. I thought she said her name was Whinnie. Here’s some season tickets.

But you know what? Gab might be the first of a new concept: the Actual PFM. In other words, he’s intelligent, loves football, knows a lot about the game, loves a good night out and a drinking session, but without the chippy, anti-foreign, anti-intellectual, alpha male, roister doister, kit bag defecating, sexist tendencies of the PFM. Inarticulate bluster, over-loud laughing at someone’s mistakes, whilst looking around at everyone for approval of your mockery, acts of humiliation and sentences badly constructed from well-worn cliches, are replaced by being coherent, witty and respectful.

Nah, that’s not the English way. C’mon Keysie, let’s go and eat caviar out of the gusset of one of Dion’s ex-girlfriend’s panties.

Beyond the lighted stage
Writes books. Like my bad self, he’s been nominated for the William Hill Sports Book Of The Year. Married with two daughters. Sounds scarily like a well-rounded man. Almost literally.