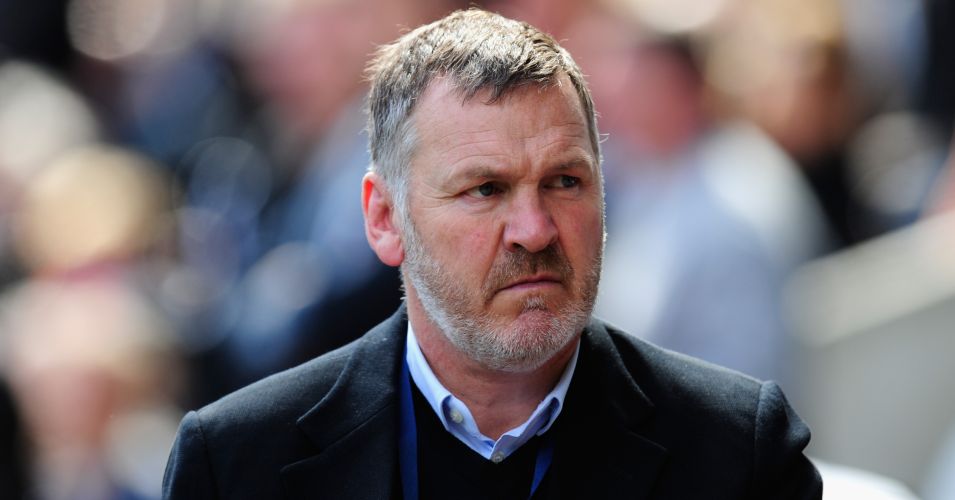 John Nicholson lets out a small cry of surprise as he sees Ray Stubbs on his TV and briefly thinks it’s still 1986. It isn’t 1986, it’s 2015. But Stubbsy is still here. It just feels like he’s always been around…

Fashion Police
Raymondo did what a lot of men do in their 20s, he picked a style of dressing and has stuck with it ever since. In Ray’s case this was to dress like a man in his late 50s. In essence this means a dark sports jacket if off-duty, a dark, plain suit with plain shirt and tie, if on-duty. Has kept the same hair cut for his whole life. Most adventurous he gets is to wear a black woolly pully under his jacket in the winter. With few concessions to fleeting fashions or styles, it wouldn’t be surprising if his suits were all made in 1991. Not hard to see him being dressed by his mother and then by his wife, with all clothes being bought for him and laid out neatly on a chair the night before.

Lingo Bingo
Reliable, flat northern tones that seem designed to placate rather than antagonize. His whole approach seems to be to find consensus. Went through a phase on ESPN of trying to be a bit more spiky and confrontational with pundits but somehow, it didn’t suit at all and he came over as a grumpy uncle. Alan Pardew once rang him up to berate him for making too much out of a Yohan Cabaye tackle, which is some sort of achievement, I suppose. Pards knows a thing about on-air gaffs, of course. Stubbsy seems to have abandoned that approach now and reverted to the nodding, grinning and lightweight “it wasn’t like that in your day” style-joking that has been his stock-in-trade for decades.

Hits & Misses
Let’s face it, 30-years on TV doing reporting and presenting is quite an achievement. Mostly worked for the BBC but also ESPN and now BTSport. He must keep getting gigs because he is reliable, steady 7/10. Never going to be fashionable or hip – he’d surely flinch at the very thought – but every organization needs its Stubbsy. A man who turns up, does the gig and goes home again without making waves. Plays the solid northern bloke card very well. Has been taken ill on air before now, and in 2012 was diagnosed with a rare heart condition.

Big Club Bias
Seems quite strongly to fancy being a man of the people and not a London media fop, which is much to his credit. So any BCB is subjugated to that. Also, having been on Tranmere’s books for five years in the 1970s must surely knock any airs and graces out of you.

Loved Or Loathed?
A bit like an aging family dog dozing by the fire, it feels like Ray has always been around, never really dishing out any excitement or even much entertainment, but is nonetheless a comforting, everyday presence. To loathe him would be like loathing a warm blanket.

Proper Football Man
In his favour is the fact that he is almost certainly happy to pat an ex-pro on the back and call him a proper football man without any hint of irony or knowing critique and if there’s one thing the PFM loves, it’s being called a proper football man.

Has been in and around the game for so long and must count many ex-players as close personal friends, so the opportunity to be a decent, mid-ranking PFM is certainly there. Is definitely the sort of presenter the PFM likes, largely due to the non-metrosexual approach to clothing and culture, along with quick deference to ex-players – all of which the PFM demands as a basic right.

Is sufficiently old school, would certainly stand his round and would accept an invitation for a night out with Reidy and the boys with good humour and a little bit of fear. But he doesn’t look like he’s got the constitution for the full rocket fuel and Brillo pad specials and any paparazzi-provoking shenanigans with Miss Birkenhead 1972 in a nightclub called Bros and Bras, seems unlikely. However, may still find a place at the PFM’s table in a northern curry house because of general clubability and preparedness to “take a joke” (by which the PFMs usually mean being the butt of some dreadful humiliation and/or physical assault on an intimate body part.)

Beyond the Lighted Stage
Wikipedia says that Ray has been a big supporter of Sport Relief and became the project’s action hero. In 2002, he was dropped 100 feet into a pile of boxes; in 2004, he was suspended from a crane and swung into a giant ball of dung and, in 2006, was tied to a post and bombarded by 15,000 bouncy balls. Sounds like he would also welcome fund-raising projects that involve a gunk tank, a bath of baked beans, or doing a marathon dressed as a chicken.