Home Footy on TV Football people on TV: The commentators 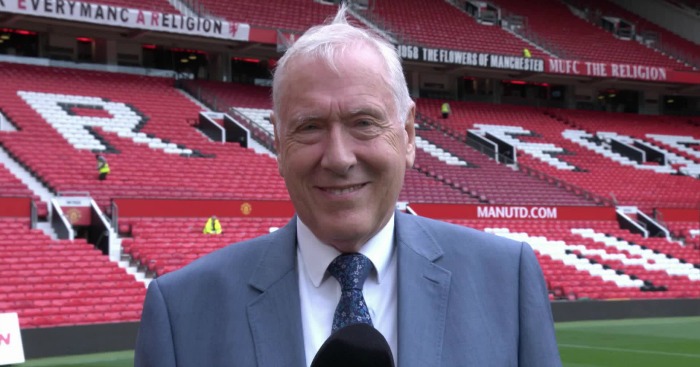 Johnny continues his state of nation exploration of football on the telly and radio with commentators. Those men (they’re almost always men, sadly) who are wrapped in a huge sheepskin coat and Russian Cossack hat in order to cover a game at West Brom in August…

Being a commentator is the hardest job in football media by some distance. Whereas pundits get the benefit of time to consider some analytical points, and presenters can rely on a script, the commentator has to make it all up on the spot in real time. There is absolutely no hiding place. You’re expected to know in an instant what has happened to whom and why. You also need to rub along with your co-comm, even if they’re an annoying idiot. And if that wasn’t enough, radio comms have to keep dipping in and out of reports from other games, with the help of the producer. And all the while, your feet have gone numb with cold, and an under-cooked pre-match sausage roll is tugging angrily at your bowels. Who would be a commentator?

So, what makes a good one?
Of all the jobs in football media, the commentator has the most bases to hit. First, it’s an absolute no-no to not be able to pronounce player’s names. The pundit and co-comm can make a joke out of their inability to wrap their gums around a Slovakian defender’s surname but the commentator can’t. Nor can you giggle at names which sound rude. The commentator has to be the cunning linguist who is aware at all times that they could start an international incident or get sacked by uttering one misplaced word.

Second, you have to know who is who. Now, I don’t know about you, but as every year goes by and squads get bigger and the churn of players in and out of the league ever more deep and wide, sometimes I’ve never heard of 20% of a team, especially at the start of a new season. But commentators need to know who’s who and they need to know it quickly. And as if all of this technical stuff wasn’t enough, you have to be interesting and not default to 90-minutes of cliche.

TV comms can rely on the pictures to do the talking, some of the time, but radio workers can’t do that. They’ve got to paint a picture with their words. Here’s a good test of how accurately a radio commentator is being: wait until the game being covered on the radio is also is on the TV and watch it with the radio on. The best just don’t miss a thing, describing what angle a tackle came in at, how he lost possession and where the player is on the pitch. It really is such a hard job. Try and do it yourself while holding a toothbrush. Even if you know who all 22 are without having to look up the number on the team sheet, it’s so easy to not describe anything except the main events. Action happens and is over in a split second and play has moved on, unless you’re on your toes, you’d miss so much.

It’s my view that no-one knows more about football than the commentators. They’re big on research, they see tons of games and they have to pay attention in detail to players and what they’re doing. I know a couple and they both have a knowledge far in excess of any journalist, writer or pundit, plus, because they’ve been doing it for so long, they have an incredible back catalogue of learning.

They are the most physically anonymous of all football media people, only occasionally getting to grin and wave at the camera pre-game, alongside the co-comm – a moment I always rather enjoy. And these days the producer will sometimes put a photograph on Twitter of them all squashed in, sitting hunched up, headphones on, ready to get the job done. But we often have little idea what they look like. If Steve Wilson stood in front of you, would you know who he was? Almost certainly not. Some become totally iconic, of course. There is only one Clive, Clive, for example. Motty is a single name icon, like Madonna. Sort of.

But here’s the thing; they’re the most indispensable of football media people. No-one has ever broadcast a game on TV without a commentator. Radio would, obviously, be silent. C’mon let us all tip our metaphorical hats. We’re blessed with some commentating geniuses. Let’s hug them to our collective bosom and say thank you for being there, even if we have no idea who they are.

So who is the most popular?
This was the smallest vote I’ve done so far, which must indicate lack of interest or feeling about or towards them. They’re always there, largely anonymous, so we take them for granted.
Before we get to the votes, let me tell you who my favourites are. Now, as you should know, my preference is for radio. Words make things live in your mind, in a way that images don’t.

Why Mr Murray as the winner? Because he’s pin-sharp on action. He makes the picture live in the mind’s eye. Because he’s super-informed and is across every and any detail. He’s not in any way cynical, he’s effervescent, he makes every football day a better day. And I totally trust him. He’s fair, balanced and good-natured and exudes a sense of pleasure that he’s at this football match right now. He’s also capable of getting very excited and squeaky. He’s 5live’s head commentator honcho now and that is surely a win for the good guys, especially as he got his break on the estimable BBC Tees and like me, used to live in rural Northumberland; a country of big skies, wild nature and heavy intoxication.

Who do you love?
The commentators got about half the amount of votes of pundits. I had 16 names suggested. There was a lot of retro-love for Peter Brackley and Brian Moore. And if the vote was for best commentator of all time, Barry Davies would have won it by a country mile.

Of all the votes I’ve done, this was the closest. Bubbling under this top five and missing out only by one or two votes were Jon Champion, Ian Darke, Not For Me, Clive, and Jonno Pearce. The top five were:

“Over grumpy at times but doesn’t fall for the silliness or hype. If the match is crap, he says it’s crap.”

“He’s got the best-judged sense of humour of all radio commentators.”

“He has that assured statesmanlike manner gained after years of working at the highest level.”

“His accent is so melodic, musical; somehow complements the rhythms of the game.”

“Identifiable, knowledgeable, so calm, he uses the spare second you never realise you have on radio beautifully.”

“He has the right tone and easy manner for a good commentator.”

“The accent, delivery, descriptiveness, joviality, wit and dryness in abundance make him a real standout.”

So everybody loves John. And rightly so.