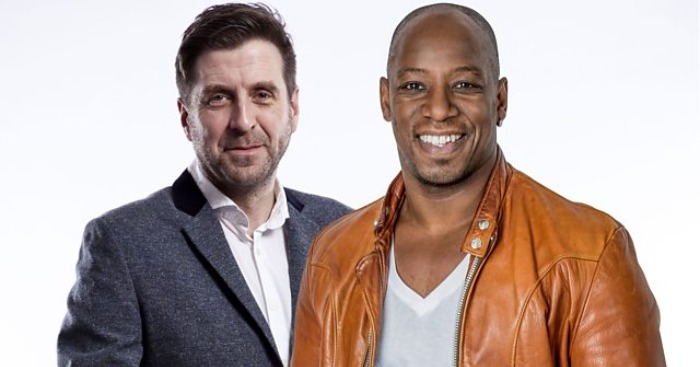 The lack of live sport is a disaster for sports TV broadcasters. For most of the 24 hours of every day, there must simply be no-one watching their channels, which is a slightly odd thought. When you rely on new visuals for your entertainment product and there are no new visuals, things get tricky. If you want archive material, you can spend the next few years on YouTube and never need to turn on your TV. Don’t forget to suspend or cancel your subscriptions, if you can. No point in paying for something that no longer exists is there?

Radio and podcasts on the other hand are filling the gap left by live football magnificently. Radio is the natural home for discussion and reflection in a way that a visual medium finds hard. After all, television is for watching and watching people talking is hardly using the medium to best effect.

However, our two football radio stations have been doing sterling work – so sterling that it is making it quite hard to miss live football much. There is currently so much output that perhaps you might have missed some of it. If so, here’s but a few highlights to tune into…

On talkSPORT Max Rushden, Charlie Baker and Barry Glenndenning have been playing Roll Your Own Football, a game devised by Charlie. Admittedly the rules, if indeed there are rules, are evasive in the same way the rules for Mornington Crescent or indeed Culverhouse (another Max and Barry game) are. But it is none the worse for that. There have been penalty shoot-outs which have been genuinely tense, as mad as that might sound. When England finally beat Germany in the 1996 Euro semi-final, it was hard not to punch the air.

Above and beyond this sort of entertaining creativity, their vibe on Saturday and Sunday morning’s shows is fizzy and funny, exactly the tonic needed in these testing times. Do dip your breadstick in their sauce.

5live has kept some of its cornerstone shows such as Monday Night Club going, albeit in an, in my view, unnecessarily truncated form. I’m sure they’re worried that without ongoing live topics, there might not be much to discuss, but I think that is an unnecessary concern. There is always plenty to talk about in football. I’d also like to see Sutton Death resurrected in an expanded format, possibly dropped into MNC, as it was always entertaining and at times genuinely tense.

The Friday Social is still with us at 7pm on Friday evenings with Darren Fletcher and Jermaine Jenas, albeit broadcasting from their own homes. It’s still always an enjoyable listen and regularly has interesting interviews with current or former players, touching on many issues both on and off the pitch.

5live are pulling more classic commentaries out of their archives with the estimable Colin Murray hosting; these are thrilling and captivating historical archives.

His ‘At Home’ show is always worth digging out too. It’s got a lovely, informal vibe and he really brings the interesting out of guests. It’s into its third series now and they’re all online.

In place of the weekend afternoon football shows, Mark Chapman and Steve Crossman have been hosting discussion shows, striking an excellent balance between levity and seriousness. This strikes me as the toughest part of the gig right now. Make it too jokey and you just know people will ask ‘how can you laugh at a time like this?’ but too serious and you risk crushing everyone with negativity. Myself, I favour more levity, we need it now more than ever in fact. If you’re ill, the last thing you want is to listen to people telling you how terrible it is. You already know.

The Euro Leagues Football Show with Crossman and Guillem Balague is still running and is always worth a listen.

Also still doing great work on talkSPORT is Mark Saggers’ four-hour show from 1pm on Sunday. Hugh Woozencroft at 7pm weekdays, Simon Jordan’s Final Word with Danny Kelly on Sunday at 5pm, the Press Box 7pm on Monday and Trans Euro Express at 10pm on Sunday. All three-hour shows. All of which are available to Listen Again if you miss them live.

BBC Scotland’s Off The Ball with Tam Cowan and Stuart Cosgrove on Saturday lunchtime and again in the evening, hasn’t suffered at all from the live football ban. A veritable broadcast institution, for 25 years they’ve effortlessly been filling hours of broadcast time with all manner of entertaining waffle, sometimes football-related, sometimes not. It never fails to make me laugh. Do give it a go. There’s a podcast or just go to Saturday’s schedule and Listen Again.

The BBC also has a good archive of Football Daily podcasts from across the last couple of years  and everything from the previous week. They’re easily digested 30-minute light bites.

Podcasts – which in essence are just self-curated radio shows – have also stepped up to fill the live football hole with some great ideas. Guardian Football Weekly’s discussion of a big game from the past is fascinating. You can watch it live with them at 3pm on Saturday too. This week’s talk about the Sunderland v Leeds cup final with Jonathan Wilson, Barry and Max was exceptional. Oh and the new Detective Wilson series, hilarious. Well written and well read.

The Independent, Times and Telegraph all have decent podcasts too if you have a spare hour to fill, of course. And all local papers have football pods by local journalists.

The Totally Football Show’s Tuesday discussion of the early Champions League tournaments has been fascinating, this week’s about Ajax 1994/95 and the great Jari Litamanen especially so. It’s the usual European team of charmers Jimbo, James, Jules and Rafa chewing matters over with their customary deep cuts of football knowledge.

They’re also running quizzes, pitching contributors against each other and who doesn’t love a quiz? On Mondays there is an appraisal of a Premier League season. This week it was 2004/05 with the always-listenable fact-n-stat packed Michael Cox calling it a watershed moment. The Totally Scottish Football Show does a similar job this week looking back to Scotland v Brazil in 1998. The Football League show is also worthy of your ears. This week’s Golazzo all about the wonderful creature that is Daniele De Rossi isn’t something anyone with a love of the Italiano game should miss. The whole Totally suite is here.

I love all these historical considerations, believing it informs us about where we are today as much as celebrating what happened in the past.

MOTD’s new top 10 podcast with Gary, Big Al and Wrighty is a lot of fun, energetic and surprisingly sweary. It’s on TV and as a pod as well.

As you know, there are 100s of football podcasts. Although I never seem to get time to listen to it other than occasionally, Second Captains comes highly recommended by lots of people.

There’s plenty of quality output from Football Ramble, of course.

Simon Mundie’s Don’t Tell Me The Score archive of interviews is exceptionally engaging and mines deeper than many.

And if we’re in this for the long run and you’ve not yet been seduced by the charms of the lightly worn intelligence and philosophical chewing of the football cud on Set Piece Menu, then there are 171 episodes to enjoy. It’s one of my never-miss pods of every week.

In the same way that a lack of traffic means we can now hear the birds singing should be teaching us a lesson for the future, so this live football downtime is showing us that even if we have to be on lockdown for months, by listening and learning, we can emerge from this horrible situation better educated, well-entertained and with a different, broader, better-informed perspective on the game.