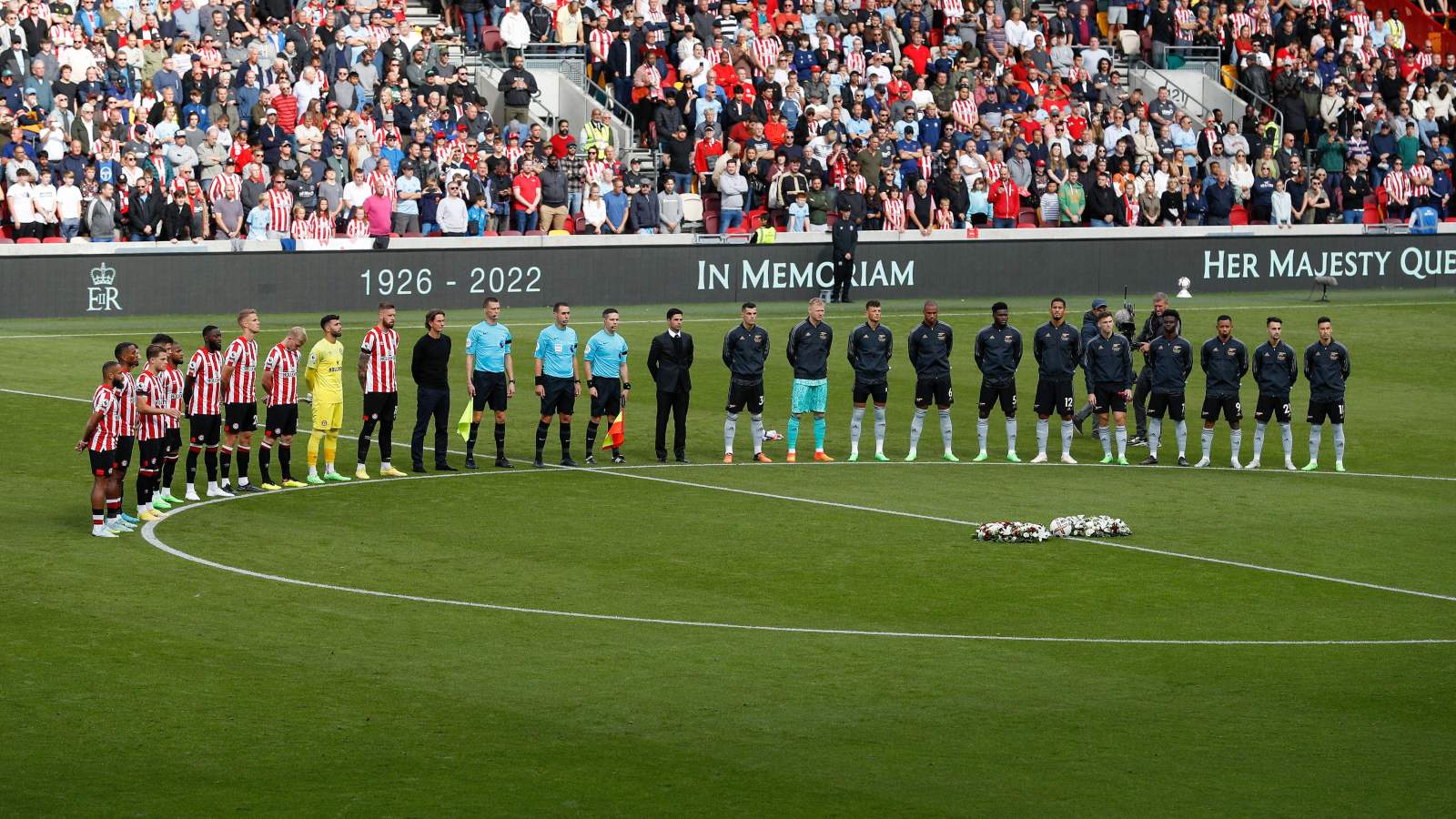 Football’s governing bodies did football fans a disservice by presuming that they simply could not behave like normal people after the death of the Queen. But we are normal people…

Contrary to the opinion of many, especially in the football authorities and the right-wing media, we football fans aren’t a bad lot really.

The irony is that the game’s governing bodies, charged with looking after us and the interests of the game, absolutely don’t trust us. God, no. The speed at which they jumped in with both feet to ban games last weekend, fearing that fans would disrupt any respectful silences, chant obscenities, or maybe the legendary bum flare man would make a royal reappearance, was absurd. They don’t know us at all, do they?

By the time they realised they’d actually, if accidentally, shown us what they really think of us, it was too late. All those other sports went ahead, making football’s so-called ‘mark of respect for the Queen’ look ridiculous and foolish.

The term quickly became so over-used it has already become a widely mocked cliche and a marker for some of the most witless behaviour by companies like Center Parcs.

The FA, EFL and Premier League found themselves on the side of the people who were cancelling cycling proficiency tests and making bleeps less noisy. Organisations and businesses were desperate to tell us of their marks of respect, all fearful of being exposed by the Daily Mail and those who worship at its altar, as people or companies who disrespect the Queen.

So they ended up being offensive in pursuit of being inoffensive. All the more ironic was that there was no indication at all that the Queen would have wanted anything to stop, and no official edict that it should.

But, of course, when games resumed, silences were, almost universally, well-observed, 70th-minute claps were dutifully performed, the national anthem was sung with gusto and everyone went on their way happily enough. Even the club mascots bowed their distended fake fur animal heads, and we all love to see that, don’t we?

Admittedly, some took it upon themselves to bellow incoherent noise during the silences, but no-one really knew why. Maybe they just needed their meds tweaked. It was hardly offensive and didn’t need apologising for by commentators. There were no anti-monarchy protests, no expressions of disgust about the oppression of unearned privilege and unearned wealth, let alone about how that wealth has been acquired. Most who felt such passions just kept their heads down and waited for it all to be over, feeling there would be better days and more fertile soil in which to sow such seeds in the future.

There was the matter of the Celtic fans with their brusque and to-the-point banner, but it’s their country too. My dad lost three brothers and cauterised his ability to empathise in order to survive fighting Rommel in the African desert – aged just 18 – for that Celtic banner to be allowed. Any institution that can’t survive such a protest is no institution at all.

Officialdom’s underlying suspicious attitude to fans and how they might behave led to the brutalities of the 1980s disasters. Has that attitude changed much? Given the suspicion we’re clearly held in, this last week suggests they have work still to do.

What those bodies should have done is issue a statement of assurance that fans will be as respectful of the Queen as anyone else because fans *are* anyone else. We’re not a different breed or a different animal to be scared or suspicious of. We don’t live by different rules. We are literally you and me, in all our messy glory. And it’d be nice to be appreciated as such, rather than those with the power and the money looking at us with frightened and narrowed eyes after too many years in the executive boxes.

Of course, a small percentage of us behave appallingly, but the numbers suggest it is a far smaller percentage of the whole than in the House Of Commons. There’s your perspective, right there.

It may surprise some Premier League, FA and EFL directors, but football fans, like most people, rather like en masse celebrations. We’re actually very good at them, so they needn’t have worried.

We’ve been laying flowers at gates, building statues, applauding club servants, sympathising with ill children, victims of crime and many other people for many years now. That they might have doubted most would do it for the Queen was to misunderstand us and also misunderstand the attraction of the power of being in a crowd.

Being around a lot of people all doing the same thing is validating. You feel a power that one person alone can’t feel. There is no better place to ask anyone to celebrate or mark anything than in a packed football ground. Perhaps that is what they were frightened of – the power of the collective?

The ironic truth is that it is football fans who are owed a mark of respect from the Premier League, EFL and all of the FAs. We keep them in business and we deserve not to be treated like so many farm animals who can’t be trusted to behave like civilised creatures. So take a telling. Treat us with respect and remember that you owe us your fealty because without us, you have absolutely nothing.