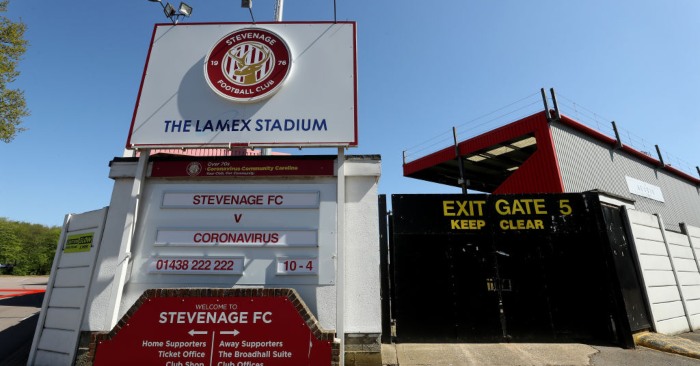 A month ago, a common view in football was that when the pandemic was over then ‘everything will go back to normal’.

A month on, there seems to be no-one left who thinks football will emerge from this looking exactly the same as it did a month ago. The real question now is what will be left standing amid the smouldering ruins.

With the rising possibility of no football being played in front of crowds for over a year now being far from unlikely, the large-scale destruction of football infrastructure and ecology seems inevitable, with mass lay-offs and many clubs going bust.

Right now, everyone is botching through any way they can, via furloughing staff, deferring small percentages of wages or taking small pay cuts. But these are just sticking plasters on a fatal wound.

Football clubs are SME businesses. Even the biggest ones with large turnovers are a long way from being classed as a big business. Most cannot survive without match-day income. None can survive in their current mode without TV money. And both of those sources of cash have either dried up, or will do so soon enough if live football played in front of crowds does not happen soon. And it’s not going to happen soon.

Even if the lockdown is eased towards the end of next month – and that in itself is far from guaranteed – that doesn’t mean football can be reset immediately. Indeed, it may be specifically prevented from doing so because of the health implications for football crowds.

Many feel a second wave of infections after easing lockdown is almost inevitable. Hopefully that isn’t the case, but if it is, we can forget ever seeing football ‘as normal’ again this year.

At some point, broadcasters will want some of their money back and will not pony up any more. They paid for something they’re not getting – and so are the viewers who paid their subscriptions, of course, so don’t forget to cancel yours.

No football. No money. No club. It really is that simple. No business can survive without income. Without income you don’t even have a business. Almost no club has any fat to live off. The money forwarded from the Premier League to the EFL will not last long and is just delaying the inevitable. At all levels, the model which gave players and managers almost all the income has signed its own financial death warrant.

As Arsenal players take a pay cut to an average of £94,000 a week, a history of Premier League Average Weekly Wages back to when it started in 1992/3 https://t.co/KDDo3iO91m

Will top-flight billionaire owners bail out their clubs for the duration? Almost certainly not. Some have little loyalty and little concern apart from money and prestige. The open-ended prospect of pouring hundreds of millions into idle players’ pockets for perhaps up to a year is not going to be acceptable and it makes little sense for them to do so. Their only option apart from selling up – which isn’t practical in this environment – is to mothball the operation, pay for basic upkeep of the stadium, lay everyone else off and hunker down. All contracts will just have to be cancelled.

In this case, players’ agents will doubtless encourage players to sue club owners for breach of contract, but that is likely to be mostly resisted because it would look bad and in some cases, very greedy and extremely unhelpful. Also, no-one can expect to be paid by a business that has no income. None of us would be so mad as to think that was even possible. Footballers cannot escape or be excused from the economics that the rest of us live under.

With existing contracts torn up, players will then be free agents at a time when some countries – possibly, but not exclusively, Germany – will have begun playing again. So the players your club had in March may well be gone by the time you go to your next game.

Most clubs in the rest of the pyramid will simply run out of cash and, like so many other businesses, have to close down unless there is some sort of bail-out from the government or Premier League. Neither seems likely. This government hates football and footballers. They’re small in number and far from a priority for public funds. The Premier League will run out of money at some point because it largely relies on broadcast rights income which will have dried up along with live football. One way out of this would be for the government to buy the broadcast rights at a hugely reduced fee and in that way, put clubs on life support while they drastically restructure their finances. But frankly, as recent weeks have profoundly revealed, those in government are not clever enough to do that, especially right now.

Ironically, some of the smaller outfits lower down the leagues who have small total outgoings may be preserved by virtue of having staffing costs low enough to make the government’s £2500 per month wage subsidy workable, though how long that will be available for is also unknown.

However, even in League Two, there are clubs which massively overpay players. Even at Scunthorpe, 20th in the league, their wages are about £3 million per year for a 30-player squad which means while some are on 30k a year – the sort of wage the 80% of wages bail-out is based on – many are on £100-150k per year so the £2.5k per month will impact them massively. Unless they accept that they can no longer be in the top 1% of income earners, there is no hope for the continuation of any club.

Southend United chairman Ron Martin has revealed six Blues players have been placed on furlough leave: “One hundred per cent of the backroom staff accepted being placed on the Government’s Coronavirus Job Retention Scheme.” [Echo] #Blues

Most football clubs are never in profit, always making a loss. If you were a bank you wouldn’t lend money to them because so many appear to have lost control of their costs, are overpaying wages and are reliant on the largesse of a wealthy owner to bail out the business with non-repayable loans. So they can’t look to the banking sector to solve their problems.

As for us – how long will it be before you feel safe enough to walk through the streets with thousands of other people to go to a game and sit surrounded by thousands more? Some might chance it, but that almost certain second wave of infections would just mean another quick shutdown. Many won’t risk it until there is a vaccine available. That is said to be about 18 months away, by which time football’s funeral will have already been held.

Playing games for TV behind closed doors is being proposed as a solution to some of these problems and thus allow TV money to keep coming in and not have to be refunded. This is surely an understandable but desperate fantasy.

Why should TV companies pay much for this low-fat version of the product? They will surely demand some sort of major refund on what has already been paid out for football not delivered and simply refuse to pay anymore going forward. Clubs have no income and have spent TV cash paid to them already. On top of that, the problem for the majority of clubs in the pyramid is lack of match-day income and games behind closed doors won’t solve that for anyone. Also, silent football without fans is no football at all. A terrible product of interest to few beyond the novelty factor stage, there is no future in fan-less games.

All of this is just rearranging the chairs on the deck of the Titanic.

There’s no way out of this. Football clubs are businesses which rely on football being played. No football is being played, therefore, they have no business.

As every day passes, every club is bleeding money out of its eyes in a state of chronic financial porphyria. It cannot be sustained. It won’t be sustained.

It still seems hard to believe, hard to quite grasp, but nothing short of the total collapse of football at all levels in the UK is imminent. That isn’t light at the end of the tunnel, no, it’s a fast-approaching express train, and the next stop is Oblivion City.

Even now there is deranged and delirious talk of £60m transfers and all manner of wrestling over ending seasons and starting new ones. Increasingly, this sounds like the mad ramblings of people who are in denial about the seriousness of the situation.

Maybe this has all happened so quickly that the gravity of the situation hasn’t quite dawned on us all that the end of football as we knew it for so long, really is nigh.