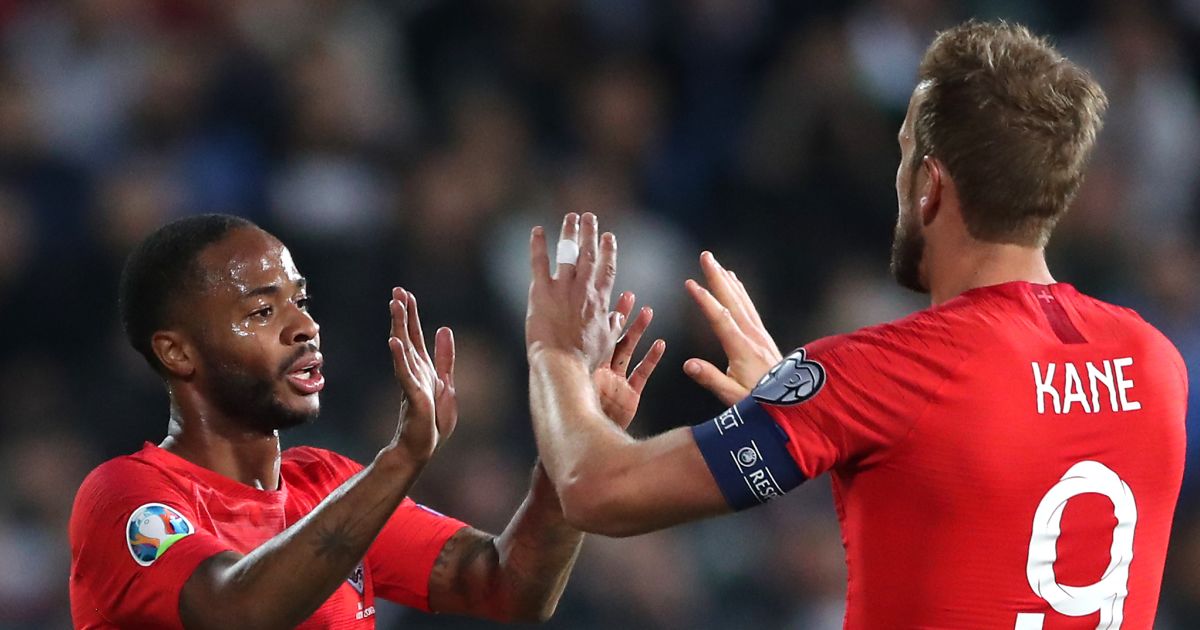 Jesus + Sterling + Cash = Kane
There’s an interesting story in the Mail today about how our Current Unprecedented Circumstances and resultant financial uncertainty mean that Premier League clubs are having to do things differently this summer and a league-wide swap shop is on the cards with all manner of players being sent to and fro like so many Panini stickers in “traditionally rare swap deals”. What’s interesting isn’t so much the story itself as the fact that in Transfer Gossipland (an awful place you should never visit) this is not rare at all. These deals are touted every single summer. They just never happen.

Which leads us to The Sun, and news that Manchester City are going to get their grubby hands on Harry Kane by chucking Gabriel Jesus and Raheem Sterling Tottenham’s way along with a bag of cash (precise cash bag size currently unspecified). This will all definitely come to pass.

The Sun inevitably headline this CITYZEN KANE which is a good headline but also yet another reminder that “Cityzen” is an execrable nickname and everyone at City should be ashamed of it because it’s less a pun and more a typo. It means the same thing as the correctly spelled word. Worth getting this out there, because while the Sterling and Jesus stuff may be pure bumwater, Kane to City most certainly isn’t and that headline is going to come up an awful, awful lot if he does end up there. Just one of many reasons why Danny Levy must stay strong.

Elsewhere in The Sun, which is covering bases left, right and centre here, they declare Arsenal to be leading any Sterling pursuit which would thus throw City’s Kane deal into absolute turmoil. It’s going to be a long summer.

Gunner wait
And yet more Arsenal jiggery-pokery from the Currant Bun, who also have updates on Martin Odegaard. Having spent the last six months of the season on loan at the Emirates, he remains the Gunners’ top target this summer but Real Madrid now apparently want north of £50m for him, the scamps. Honestly, the nerve of it.

Anyway, while Odegaard remains keen to hang around in North London he now appears set to at least wait to find out who Real’s new manager is going to be before making any concrete decisions.

Arsenal have also scrapped plans to sign Brentford goalkeeper David Raya, because the Bees’ promotion to the Premier League means the £10m release fee that had caught the Gunners’ eye now no longer applies.

City’s new Sergio
Aguero is out, could Ramos be in?

Probably not, but it’s an exciting thought, isn’t it? The Daily Mail reckon Man City could offer Sergio Ramos the two-year deal he wants but is currently unable to prise out of Real Madrid at 35 years of age.

With Aymeric Laporte apparently one of the many City players who could be allowed to leave this season – potentially as part of deals to secure your Harry Kanes or Jack Grealishes (see above) – then there could in theory be a squad place for Ramos who would undeniably add a spot of Champions League-winning experience and those all-important Leadership Qualities to a City squad that can win everything else without much trouble but seems to struggle with that particular task.

Still can’t see it, but we’d absolutely love this one to happen please. Cheers.

And the rest…
AC Milan are closing in on signing Fikayo Tomori on a permanent deal from Chelsea… And Chelsea meanwhile are now apparently keen on Wolves winger Adama Traore… PSG have declared themselves ‘very happy’ with Mauricio Pochettino, in a blow to both Spurs and Real Madrid… Tammy Abraham might end up at Leicester or West Ham having “resigned” himself to leaving Chelsea… Tottenham are chasing Antonio Rudiger again… Eden Hazard has ruled out a sensational return to Chelsea despite his Real Madrid travails.