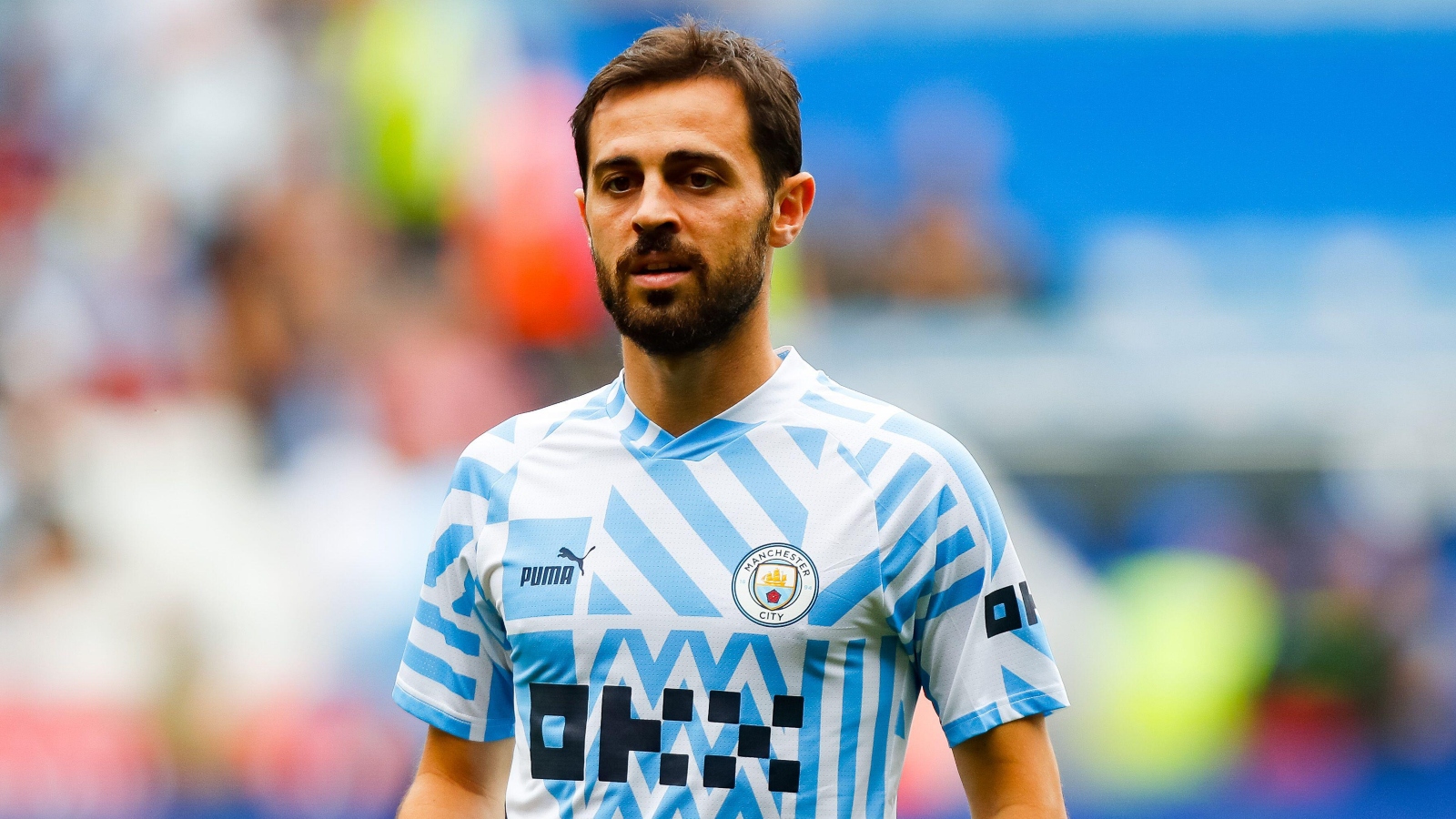 Only in the entirely silly world of football could Bernardo Silva leaving this Manchester City for this Barcelona be halfway possible, but there we are. And comedy club Manchester United find themselves linked, inevitably, with wondergoal star Ismaila Sarr…

SILVA LINING
The seemingly batsh*t pursuit of Bernardo Silva by Barcelona takes another twist, with the Mail reporting that City are understandably baffled by the apparent news they’ve accepted a £46m bid from the wacky Catalans who are determined to spend all the money they don’t have on players they cannot register.

The only part of the whole thing that makes any kind of sense is Bernardo wanting a move to Spain to be closer to his family. And even if we accept the fact that Pep Guardiola is not one to stand in the way of unsettled players, he’s still not about to let one of his key men leave for roughly half his market value three weeks before the end of the transfer window to a club that has gone entirely insane.

Were football an even vaguely real world, we’d be able to safely ignore this one because in no sane environment would this transfer be even remotely feasible. But this is football, so before the week is out we fully expect to see Bernardo proudly holding aloft a shirt he can’t actually wear in any matches.

SARR POINT
Inevitable one, this. Whether or not there’s any truth in it, the tabs were always going to link Ismaila Sarr to someone after that goal against West Brom the other night, and that someone was, in the current climate, always likely to be Manchester United who have nobody to blame for that state of affairs but themselves.

Thirty-six hours after Twitter was awash with bantersmiths declaring that United were preparing a £50m bid and laughing at their own shining wit via the medium of emoji, here we are. The Sun, inevitably, picking up on some tish and fipsy from 90min about United turning to Sarr after failing in their baffling and fan-infuriating pursuit of Marko Arnautovic.

Now in fairness, Sarr is a very good footballer and it would be no surprise to see any one of many Premier League clubs snap him up from Watford over the coming weeks, but the timing of these particular tales just seems a bit convenient. It’s very possible United are genuinely interested but very unlikely that’s because of a freak wondergoal against West Brom. We’re also inherently suspicious of any 171-word story that contains a “may”, a “reportedly”, two “coulds”, a “hoping” and a “claims”. But not so suspicious that we won’t include it in a Gossip round-up, because we are desperate click-hungry creatures too.

In other news, per ESPN, United have also been offered the chance to sign Alvaro Morata because of course they have.

PSG JOIN FOFANA CHASE
Chelsea are preparing an improved £85m bid for Leicester’s excellent Wesley Fofana, which would be a huge blow for the Foxes but would be a second world-record fee they’ve received for a centre-back in recent years. Which is something, isn’t it?

The bad news for Chelsea is that PSG are now reportedly also interested, according to the Mail via Le Parisien, which could push the price even higher. For Leicester, that’s bittersweet news of course. Might be more money, but does mean the chances of holding on to one of their very best players – one who they have frustratingly never quite seen the best of on a sustained basis due to injury – lessens further.

SAID AND DONE
Doesn’t really work, that little headline there, because that’s not how Said Benrahma’s name is pronounced but tits to all that. According to the Mail, West Ham boss David Moyes is ready to listen to offers for the inconsistent Algerian having bolstered his attacking ranks with Maxwel Cornet and Gianluca Scamacca.

But clubs eyeing a cheeky bargain will be disappointed; Moyes is only ready to listen to those offers if they involve the Hammers at least recouping the £30m they shoved Brentford’s way to make his initial loan move a permanent one.