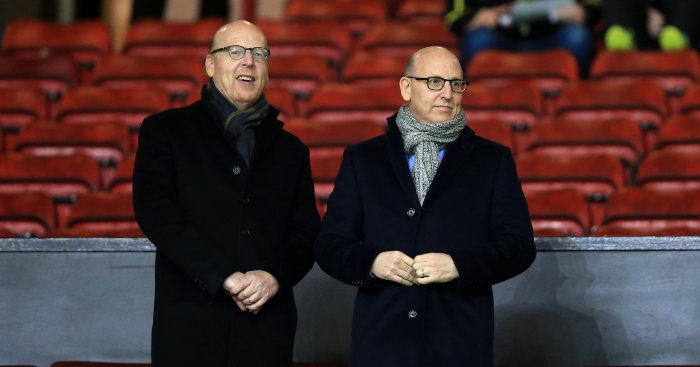 When the American journalist Matt Taibbi wrote about ‘a great vampire squid wrapped around the face of humanity, relentlessly jamming its blood funnel into anything that smells like money’, he was describing Goldman Sachs, but he may as well have been referring to Premier League football clubs. Although as it turns out, the overlap between the giants of sports and banking goes beyond simply an endless appetite for money: when it emerged on Tuesday that talks had been held by Europe’s biggest clubs over a lucrative breakaway ‘super league‘, it was the name of JP Morgan – called in to provide £4.6bn of debt financing to the project – that caught the eye among those of Manchester United, Real Madrid and Paris Saint-Germain. Big Football and Big Finance: together at last.

In those unsettling early weeks when the coronavirus first struck and the imminent economic catastrophe loomed into view, the optimistic response within football circles was to see it as a moment to rethink and rebuild a system that had long since settled into a status quo of chronic, unsustainable inequality; a chance for football to circle the wagons, club together and protect their own. It was a nice theory. In practice, the crisis has presented football’s super-rich with the perfect cover under which to smuggle plans for even further self-advancement.

Just a fortnight ago Manchester United and Liverpool – the same two English clubs involved in the super league talks – tried to push forward the so-called Project Big Picture. It was presented as a blueprint for top-down reform, due to the more equitable TV money it would have offered to the clubs outside the Premier League’s wealth bubble, which has long been recognised as damagingly excessive; but this was simply a way of disguising the smallprint, which would have granted the top flight’s Big Six clubs overwhelming voting control on various vital issues.

Recent figures put the combined revenues of these six clubs – Manchester United, Manchester City, Spurs, Chelsea, Arsenal, and Liverpool – as almost exactly equal to those of the other 86 clubs in the top four divisions put together. Yet this is seemingly not enough for the people behind this idea – namely Liverpool owner John Henry and Manchester United chairman Joel Glazer – whose vision was essentially to squeeze out the 14 top-flight clubs from the financial picture and hoover up a greater share of the TV money.

What has become clear in recent months – if it wasn’t clear as day already – is that, in the eyes of English football’s upper crust, there’s no such thing as society. The coronavirus crisis may have caused existential threat for swathes of clubs further down the football pyramid, where matchday attendance is the game’s lifeblood, but the Burnley manager Sean Dyche – who played for Chesterfield, Bristol City and Luton Town – has no intention of dipping into his own pocket. “Every hedge-fund manager who is incredibly successful, does that filter down to the hedge-fund managers who are not so successful?” he asked in September. “Does it filter down from the restaurants, so the ones who are surviving can look after the ones who are not surviving?” This month the Crystal Parish chairman Steve Parish took up the baton: “The supermarkets aren’t instructed to help the corner shops. Deliveroo aren’t bailing out your local cafe.”

It may have long since become a cliche to describe football as the people’s game and its clubs as community institutions. But Dyche and Parish’s analogies of choice certainly drum home just how far this romanticism is from reality: the guys in charge of England’s major clubs see themselves as hedge-fund managers, retail monoliths and venture capitalists of the gig economy.

The irony that Dyche and Parish belong to exactly the upper-middle class of clubs that would be left in the dust by the recent proposals may indeed be delicious, but not enough to wash away the bad taste left by the barely veiled greed of football’s super-rich, who will apparently only be content when the same tiny handful of superstar teams compete with each other and only each other.

Yet anyone who has seen any top-level football in recent weeks will hardly have been left gagging for more. The truth is that it has become near enough unwatchable, deadened as a spectacle by the stop-start machinations of VAR and as an event by the soullessly empty stadiums in which it takes place. Only a fool would deny that football is badly broken. Only the most self-interested fool would think that this is the way to fix it.