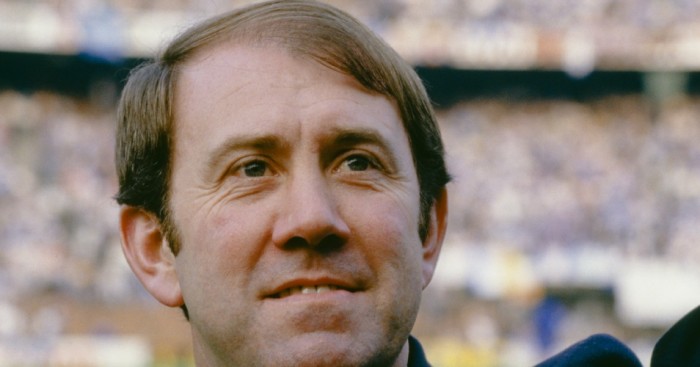 The city of Liverpool bade farewell to a favourite adopted son at the funeral of former Everton great Howard Kendall.

Born in County Durham as the son of a miner, Kendall found fame first as a player with the Toffees in the 1960s and then oversaw the greatest period in the club’s history as manager from 1981 to 1987.

Thousands of fans and football luminaries gathered at Liverpool’s Anglican Cathedral to pay tribute to Kendall, who died 12 days ago at the age of 69.

Everton players from the past 50 years, including Wayne Rooney, were among those in attendance along with famous names from across the world of football.

The red half of the city was represented by Robbie Fowler and Jamie Carragher, while Sir Alex Ferguson was also in the congregation to listen to Kendall remembered as Everton’s greatest manager and an inspirational presence on and off the pitch.

The service was open to fans but the 1,700 seats quickly filled up and hundreds more gathered outside the gates where proceedings were broadcast via loudspeakers.

Yet more fans gathered at Goodison Park and the funeral cortege did a lap of the ground on its way to the cathedral, pausing by the statue of Dixie Dean.

The cortege arrived at the cathedral just before 1pm and was greeted by warm applause.

Peter Reid was a key member of Kendall’s great Everton team of the 1980s and later worked with him and then succeeded him as manager of Manchester City.

Reid said: “He was just a really warm human being and that’s why we’re here. I was just proud to play for him, and then I was lucky enough to work with him on the other side at Manchester City to get an insight of a man who had a great knowledge of the game.

“The memory that sticks with me is the first trophy, the FA Cup final, walking down the steps and just seeing him smile, and that will live with me forever.”

Reid and fellow Everton stalwarts Joe Royle and Graham Stuart gave eulogies while Duncan Ferguson did a reading and Everton chairman Bill Kenwright paid his own heartfelt tribute to Kendall.

Adrian Heath was a player Kendall signed three times, and the former Everton midfielder said: “Obviously it’s a sad day and last weekend when I found out the news I was devastated because nobody’s done more for me in my career than this man.

“I’m sure there’ll be a few tears but I know there’ll be some laughter this afternoon because we had some incredible days on and off the field with Howard. He was a very larger-than-life character.

“I was with him at five different clubs and every time, whenever we’d start reminiscing after a game, it inevitably came back to Everton. This club meant everything to him.

“The amount of people that turn up today will show how much he was loved.”

Kendall won the league title with Everton as a player in 1970 as part of the famous ‘Holy Trinity’ along with Alan Ball and Colin Harvey, but undoubtedly his best achievements came when he returned to Goodison Park as manager.

Within four years he had won the First Division championship, repeating the feat in 1987, while also winning the FA Cup and European Cup-Winners’ Cup.