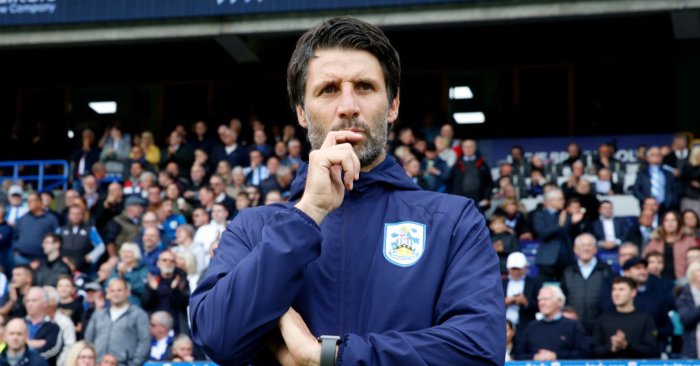 Danny Cowley is a man on a mission. In 2007, he began to combine full-time work as a PE teacher at FitzWimarc School in Essex with a role as joint-manager of Concord Rangers of the Essex Senior League, the ninth tier of English football. Twelve years later, seven more steps have been ticked off: Isthmian League Division One South, Isthmian League Premier, National League South, National League, League Two, League One, Championship. Huddersfield Town’s new manager has one more division to go, and he intends to take Huddersfield there with him.

Cowley’s current run of success is unmatched in English football. Concord Rangers won the Essex Senior League title in his first season and were promoted twice more during his eight-year tenure. He then took Braintree Town to their highest ever league finish before joining Lincoln City, who had finished 16th in the National League. Cue two more league titles in three seasons and Cowley taking a non-league club to the FA Cup quarter-finals for the first time in over 100 years.

Throughout his managerial career, Cowley has finished outside the top ten of a division just once. In 12 full seasons of management, he has improved upon the previous league position 11 times. We have become accustomed to players making the leap from non-league to top levels of the English game but for managers it is far rarer, especially without being able to rely on a professional playing career.

But this consistent success is not the only thing that makes Cowley unique. Although his brother Nicky is officially Huddersfield’s assistant manager, the two are effectively a partnership. They first began working together in 2014, and have become the perfect family team.

“Nicky allows me to be the manager,” Cowley says. “He’s probably the head coach. But we flip in and out of many different roles. The clubs we have worked at have taught us to do that. At Concord we didn’t have a kit man, at Braintree there was no sports science department. So you learn to do the lot. Nicky and I are on it 24/7, and that’s barely an exaggeration. That’s just how it works for us.”

Neither Danny nor Nicky played professional football. Instead, their lives have been dominated by education. At the age of 35, Danny had spent 30 years either enrolled or teaching in education establishments. From school he was persuaded by his father to go to university and complete a degree in physical education. They only gave up their roles at FitzWimarc School when the move to Lincoln City in 2016 took them out of Essex.

If a lack of grounding in the professional game might be seen as a drawback, Danny believes that their knowledge of the learning process gives them a distinct advantage over their peers. The same principle is true at primary school, grassroots football or Championship level: The key to improvement lies in being open to learning, and teaching people to be open to learning is a skill.

“Coaches often teach techniques and tactics, but you have got to make them love it and want it first,” Cowley says. “The best English and science teachers have the ability to grab learning and enhance it and therefore change a child’s enjoyment. The same is true of footballers. You can’t talk to them about education, but you have to try and open their minds, try to influence them and try to inspire them to take ownership of their decisions.

“I want to learn about them as people. I want to know about them and their families, what makes them tick, what they feel. Because once you gain an understanding of that, you can engage them. As a coach you’re trying to make a player better. But you can’t make them better until you have developed a relationship, earned their respect and gained their trust.”

🔴 Danny Cowley on going from a P.E teacher to a League One football manager. pic.twitter.com/IhGWpfLQCA

That level of personal touch may sound easy in theory, but it takes time and effort. There is a line often repeated in interviews about them talking until 2am on the phone about a club matter, but the comedic image conjured doesn’t hide the truth. For all the magic of their extraordinary rise, it is founded upon an extraordinary work ethic. As Danny explains, that also stems from the family connection.

“My Mum, when we were young, worked at McDonalds. I was always so keen for her to get the stars. She went from there to being Vice President of an investment company by the time she retired last year. She barely had a day off: Get up, have our clothes ready and lunches packed, home at 7, cook dinner, iron our clothes. I can always remember that we’d laugh, because she would sit on the armchair at 9.30pm and be asleep by 9.31pm. And she’d just go again and again. I really admired that.

“What our Mum and Dad did is give us these incredible working-class values but probably middle-class benefits by the end of it. We’ll always be really appreciative of that. You look back on what they sacrificed and realise that watching football and being involved in football can’t really be seen as work.”

In listening to Cowley speak so passionately about transferable skills from working in education, it strikes me that he could be talking about success in any field. Hard work, perseverance and an ability to manage people effectively are hardly values restricted to football. I ask Cowley whether he is obsessed by football, as some people have said, or obsessed with being a successful football manager. There must be a difference.

“I think the winning and the fear of failure is always what drives us. But football is always the first thing I think about in the morning and the last thing before bed. I feel incredibly guilty to my children for saying that, but it’s the truth.”

Therein lies a dilemma, because the challenge to keep winning never stops; you can’t complete football management. There’s always one more game, one more season, one more club to improve. How could you ever get complacent when there will forever be another mountain to climb?

The Cowleys are tasked with taking Huddersfield Town off its knees and forward again. They arrived at a club that had won three of its last 51 matches. As they move up the leagues the scrutiny gets more intense and the pressure gets greater, and yet they only seem to enjoy it more.

“Contentment is dangerous,” Danny says. “I give myself one week of contentment, usually in the middle of May on a sun lounger somewhere. But the better you do the harder you work. That’s very easy to say but I back it up with action. I looked to my parents, and they were relentless. I looked at them and I thought ‘That’s what I want to be’.

“You get one life, which gives you one chance. I know it sounds a bit phoney, but I’m going to try to live every second of it and make sure that whatever happens, I know I’ve done the most I can. We can all keep learning and keep trying to be better. Because learning is everything, and learning is a constant process.”