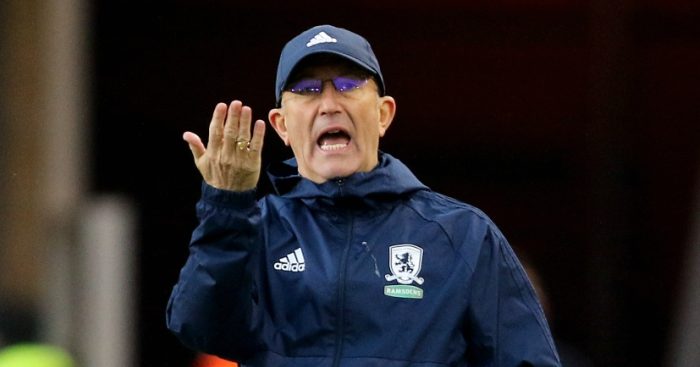 It’s a lovely big preview of the new Championship season and thus a contractual obligation to point out that attempting to predict what might happen over the next 10 months in this most unpredictable of divisions is an absolute fool’s errand. So here are those predictions.

Which three of the 24 hopefuls will earn a whacking great Premier League payday when the dust settles? They may – or more likely may not – come from some of the following categories. And then there’s the other end of the table to consider…

The relegated trio
Getting promoted straight back to the top flight isn’t as easy as Newcastle make it look. Only nine of the last 30 relegated clubs have immediately bounced back to the promised land – and only four of those nine via automatic promotion.

But they’ll all expect to be there or at the very least thereabouts this season. If West Brom carry the finish to last season into the start of this then they will take some stopping under Darren Moore, while Stoke’s squad looks very similar to many Stoke Premier League squads.

New signings Tom Ince, Benik Afobe and James McClean may not set pulses racing, but they all have experience at the level above. They’ve got Gary Rowett, literally the only young British manager your PFM can name when another bloody foreigner gets a job, and this looks as good a route as any to the Premier League for him.

Swansea look the least well placed of the relegated trio but still have the quality to challenge with the likes of Wilfried Bony, Sam Clucas and Tom Carroll somehow all still in south Wales.

The Safe Bets
Middlesbrough got to the play-offs last season and if one thing can be relied upon in this most unpredictable of divisions then surely it’s that a club with Middlesbrough’s pedigree and Tony Pulis will go close. They still have Adama Traore – and will be counting down the seconds until the end of the transfer window – and have added the Very Pulis Indeed solidity of Aden Flint and Paddy McNair to go with the flair.

Aston Villa have been outside the Premier League for two years now, and it still seems a bit weird without them in the top flight. With impending financial disaster seemingly averted by a takeover, Villa will rightly expect to go close again with Steve Bruce seemingly winning the new owners round, as long as they can overcome the handicap of having to quickly play transfer-window catch-up at the end of the summer

The Big Spenders
It’s not quite ‘doing a Wolves’, but Nottingham Forest have spent significant coin on some tasty-looking Portuguese talent in Joao Carvalho from Benfica and Gial Dias from Monaco.

There’s a load of high-calibre, experienced Championship campaigners coming on board at Forest as well, with Michael Dawson’s return to the club where it all started just a lovely thing. If you don’t want to see Dawson’s big gormless grin celebrating Forest’s return to the Premier League then there is a dark black void where your heart should be. This is even better than when Andy Reid went back to the City Ground.

Enjoy it while it lasts. Clearly Leeds will either win the league by 10 points or Bielsa will be sacked in October with the Whites in the bottom five after an acrimonious reign that will one day become a bestselling book and later a major motion picture. Either way Leeds are sure to be a team to watch, which is just as well for anyone who follows the Championship via Sky Sports.

Frank Lampard at Derby is a bit less exciting but no less out there in its own way, as he attempts to push the play-off perennials that one vital step further in his management gig. If you’re the sort of mad, crazy fool who sets any stock by pre-season results, then victories over Wolves and Southampton would certainly place Lampard’s early impact in the ‘promising’ category, perhaps even ‘eye-catching’.

The Long(ish) Shots
With Huddersfield still in the Premier League it’s worth remembering that fans of any Championship club are entitled to dream big in August, unless you support Ipswich.

Preston have finished in the top 10 in each of the last two seasons without anyone really noticing, missing out on the play-offs by only a couple of points last term, and Alex Neil has done some solid transfer business this summer. Sheffield United were well placed in January and have invested smartly in Brentford’s John Egan while goalkeeper Dean Henderson arrives on loan from Manchester United. They just about still count as long shots, we reckon.

But you could put absolutely anyone here and make some sort of case. Apart from Ipswich.

The Relegation Battlers
And so to the other end of the table. Rotherham are back again, a fine effort for a club so thoroughly over-matched in this division. Another season of struggle awaits, although they have defied the Championship odds before.

Bolton survived by the skin of their teeth last season, and a squad in desperate need of investment after the transfer embargo was lifted has not really had it. Surely – surely – the Championship will allow us one predictable thing and that predictable thing will be pain for the Trotters.

And could this finally be the year that Ipswich’s surely now decades-long Championship encampment at last comes to an end? Ice ages have been shorter than Ipswich’s second-tier purgatory but, with Mick McCarthy harrumphing off into the sunset, it may not end in quite the way they’d hoped.

Elsewhere, Hull, Birmingham and Reading form a country-spanning trio of former Premier League sides where the pre-season mood feels distinctly gloomy after pretty ropey 2017/18 campaigns. Expect at least one of them to be in the top two come May, then.