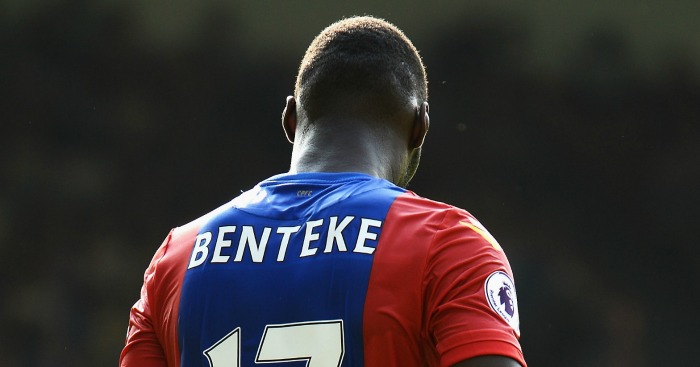 Game to watch – Chelsea v Southampton
The two sides endured and enjoyed differing fates in the EFL Cup in midweek, but both Chelsea and Southampton will turn their attentions back to the Premier League on Sunday, with both in excellent form.

A 2-1 defeat to West Ham was the smallest of flies in Antonio Conte’s ointment, the Italian having remedied Chelsea’s form with a simple tactical switch. Playing three central defenders has brought out the best in David Luiz, Victor Moses, Marcos Alonso, N’Golo Kante and Eden Hazard. Each individual impressed in the 4-0 victory over Manchester United, which lifted the Blues to fourth, and just one point off the Premier League summit. Chelsea have scored nine goals in three league games since changing formation, and have not conceded once.

Southampton’s form has been rather less pronounced – there have been no highs as high as a 4-0 win over Manchester United, and no lows as low as a 3-0 defeat to Arsenal – but they are quietly impressing. Victory over Sunderland secured progression to the EFL Cup quarter-final, but they have also not lost in five Premier League games. Only Tottenham, Liverpool and Arsenal can boast better recent records; they all reside in the top five.

There are a number of intriguing back stories to Sunday afternoon’s game at St Mary’s. John Terry will surely be relegated to the bench, with the prospect of facing Nathan Redmond enough to scare any man who isn’t 35, recovering from injury and constantly running through treacle. Nathaniel Chalobah could start, having impressed recently. If so, he will line up against Oriol Romeu, who has a point to prove against his former employers. His battle with Kante pits two of the league’s in-form players against one another.

Both clubs will also have different managers in the dugout to those who oversaw Chelsea’s 2-1 win in the corresponding fixture in February. Let’s hope Claude Puel doesn’t have to have a quiet word in Antonio Conte’s ear about his touchline antics.

Player to watch – Christian Benteke
One would have forgiven Christian Benteke for harbouring some degree of ill feeling and resentment towards Liverpool. The Belgian’s form for Aston Villa had earned him his step up the ladder to Anfield for £32.5million in the summer of 2015, but his spell was doomed from the beginning. Brendan Rodgers did not know how to use him; Jurgen Klopp had no intention of using him at all. The dream was over, and a step back down said ladder to Crystal Palace was the result.

But Benteke looks upon his time at the club in a positive light. “I don’t see my time there as a failure,” he said in August. “When I signed there was another coach and with him it might have turned out differently. I did not fit the tactical system of the new coach. That was not easy mentally because I was left to fight a losing battle. But I must not look for excuses. I could also have done better in those few minutes I got. I have not performed as expected.”

It was a refreshingly reflective and self-critical outlook, but the Belgian will surely be looking to prove a point on Saturday. Liverpool travel to Selhurst Park in Saturday’s evening kick-off, and the focus will be on how Benteke performs at his new club – a club happy to sign a player who suits their tactical system perfectly.

Palace’s approach on Saturday is no secret, and Benteke is integral to Alan Pardew’s system. Flanked by the wing wizardry of Wilfried Zaha and Andros Townsend, he will be relied upon to provide a physical threat in the area. The battle with Joel Matip is as intriguing as it will be bruising. The statistics are simple, and worrying for the visitors:

* Palace have won 20.8 aerial battles per game this season – more than any other Premier League side. Liverpool win just 14.6.

* No player has won more aerial battles than Benteke (64), this despite the striker only playing seven games. Dejan Lovren (28) ranks highest for Liverpool.

* Two Palace players (Jason Puncheon, 24, and Andros Townsend, 18) rank in the top ten for most accurate crosses. Puncheon has completed more than any other player.

* The hosts at Selhurst Park have scored four goals from set-pieces – only West Brom (six) have scored more.

* Only Swansea (18) have conceded more league goals from set-pieces than Liverpool (17) since Klopp was appointed.

Klopp might “lose respect” for people who highlight his side’s deficiencies when it comes to defending corners and free-kicks, but those critics will only disappear with Liverpool’s struggles0. Benteke scored the winner when these two sides last met; he will hope to do the same on Saturday.

Team to watch – Arsenal
In terms of presents, it was as annoying and tiresome as the pair of socks from your grandmother, and as predictable as the Lynx gift set from the weird uncle you never see. Arsene Wenger celebrated his 67th birthday on Saturday in the kind of mood that he and Arsenal fans have grown accustomed to: Frustrated.

The pessimistic view is that Arsenal were fortunate to even draw against Middlesbrough, who really ought to have won. The optimistic view is that, in any other season, it is a game the Gunners would likely have lost. Considering the disaster it was portrayed as by many, it is easy to forget that only goal difference separates Arsenal and Premier League leaders Manchester City – a club who are struggling to a far greater degree. Drawing with Aitor Karanka’s promoted side was not a positive result, but each of their main rivals have stumbled against a supposedly inferior opponent too.

And yet, that should not offset just how poor Arsenal were at the Emirates Stadium. The absence of Santi Cazorla hurt them far more than it should, with the Spaniard’s calming presence in the centre of midfield sorely missed. The nature of the draw – Middlesbrough had more shots (11 to ten) and contained the hosts with ease – was worrying.

Against Burnley earlier this month, Wenger and his players found an answer. It was an ugly answer, with Laurent Koscielny scrawling numbers all over the page before benefiting from a lucky guess, but it was an answer nonetheless. They could not repeat the feat against a similarly defensive Middlesbrough. But if they thought the Teessiders were set up negatively, just wait and see what David Moyes has in store. Arsenal travel to the Stadium of Light on Saturday, with Sunderland scrapping for their Premier League lives.

Will Alexis Sanchez, Mesut Ozil and Theo Walcott suffer one of their combined off days? Will Alex Oxlade-Chamberlain be afforded a first-team chance? And if so, will he take it? Will Cazorla return to inspire Arsenal? Will Wenger praise their mental strength or lament their finishing come 2.30pm?

One thing is for certain: Moyes and Sunderland would snatch all of the hands off for a point which would increase their total tally for the season by 50%. The Black Cats average just 41.7% possession per game – only two clubs see less of the ball – and will be happy to sit back and defend against an Arsenal side who have scored four goals in their last three league games. The onus will once again be on the Gunners, as attention turns once again to whether they can break down the staunchest of defences.

Manager to watch – Jose Mourinho
When Jose Mourinho turns his hand to writing an autobiography that will almost certainly include the word ‘Special’ in the title, he could save a whole chapter for the events of this past week. The Portuguese not-so-privately asked a managerial rival to stop “humiliating” him on Sunday, woke up in a Lowry hotel on Monday, poured his heart out about his “disaster” of a life on Tuesday, publicly apologised to Manchester United fans on Wednesday, and will welcome Burnley to Old Trafford on Saturday. Craig David is hardly casting jealous glances in his direction.

Whether Mourinho was humbled by his heaviest ever defeat as a Premier League manager – particularly considering it came against his former club – is unknown, but we have witnessed a more ‘human’ aspect of the 53-year-old of late. The Portuguese often uses the media to engender confrontation and, well, be a bit of a d*ck. This vulnerable, apologetic Mourinho is merely an extension of that; he is still pandering to his fans, but in a different way.

Victory over a much-changed Manchester City was enough to ‘put Jose Mourinho on the road to redemption’ in the words of the Daily Mirror, but that hardly seems accurate. It suggests the United manager had merely suffered a flat tyre; the truth was that the wheels had threatened to come off in the aftermath of the 4-0 defeat to Chelsea. Progression in the EFL Cup is a positive, but things must be put right in the Premier League.

United are seventh, and already six points behind Manchester City, Arsenal and Liverpool. Burnley, fresh from their 2-1 win over Everton, are not the easiest assignment. But victory, by any means, is a must. Whether that is with Paul Pogba in central defence, Zlatan Ibrahimovic on the bench and Henrikh Mkhitaryan banned from Old Trafford altogether is beside the point. Anything other than a win could be catastrophic.

One-on-one battle to watch – Dele Alli v Danny Drinkwater
Gareth Southgate’s itinerary for Saturday reads as follows: Wake up at 7:05am, for that constitutes a lie-in; shower, trim beard and don one’s best suit; head downstairs for two slices of plain white bread (no crusts); read the morning newspapers, circle every spelling error and grammatical mistake, then send e-mails of complaint to the necessary parties; walk the dogs; head to White Hart Lane.

From there, anything could happen. Tottenham’s clash with Leicester pits together two clubs with a rivalry manufactured through their tussle for the Premier League title last season, but it presents a tasty midfield battle between two individuals Southgate will be keen to keep an eye on. Dele Alli’s form of late has been somewhat lacking, while Danny Drinkwater will be looking to force his way back into international reckoning. What better way to do that than by helping inflict upon Tottenham their first league defeat of the season?

Plus, Drinkwater will be looking to exact revenge for this:

Football League game to watch – Birmingham v Aston Villa
So here it is: The Peter Enckleman derby. It is the first league meeting between these two clubs since Roger Johnson and James Collins shared the goals in what sounds like a particularly brilliant 1-1 Premier League draw in January 2011. Steve Bruce was manager of Sunderland then, but the man who spent six years as Birmingham boss returns to St Andrew’s in the away dugout on Sunday.

The reaction to Bruce’s appointment at Aston Villa in October unified the Second City rivals. Some Birmingham fans were unhappy that their former manager would cross to the dark side; plenty of Villa supporters did not want a ‘bluenose’ – which is a hilarious nickname – near the club. But one draw and two wins in his first three games has dispelled any notion that he was not precisely what the club needed.

If Bruce is looking for some tactical inspiration, he would do well to watch Aston Villa’s last meeting with Birmingham. Tim Sherwood inspired them, you see…

I won’t be watching this because I’m being dragged to a Halloween party. Unfortunately, it is not illegal for adults to dress up as fictional beings in the 21st century.

Punt of the week – Christian Benteke first goalscorer at 7/1
Obviously. He let us down a fortnight ago, but we have faith in him.

Where is Mike Dean?
He’s busy smelling everyone at The Hawthorns, where he is the fourth official on Saturday afternoon.

For what it’s worth, I’d much rather smell Pep Guardiola than Tony Pulis.

Watcher of the week – Matt Stead