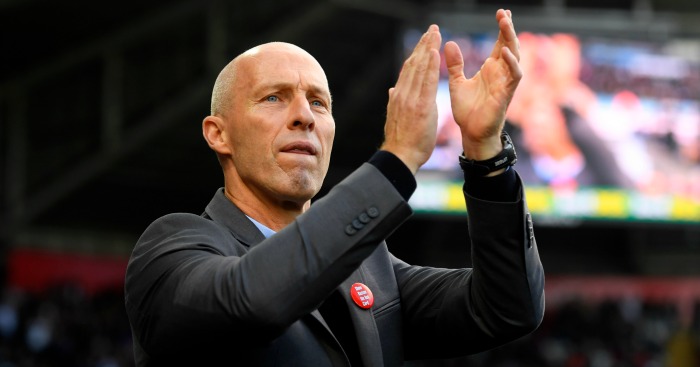 Game to watch – Everton v Liverpool
What’s that you’re reading? Wait, is that a form book? Well, my friend, you can take that and throw it out of the window. Because the Merseyside derby is upon us, and it promises to be a ruddy corker.

In the blue corner is an Everton side who have won just one of their last six matches, but whose victory over Arsenal on Wednesday has invigorated, galvanised and energised a club who had been sleepwalking through the season. Ronald Koeman needed a win to unite an increasingly disillusioned fanbase, and it was delivered in the most dramatic of fashions.

In the red corner is a Liverpool side who have emerged from their worst run of form this season in second place in the Premier League table, with an EFL Cup semi-final still to come. The win over Middlesbrough on Wednesday was as emphatic as it was stylish. After successive setbacks against Bournemouth and West Ham, Jurgen Klopp needed precisely that.

And so to Goodison Park on Monday, where Everton remain unbeaten this season. The Toffees, down in eighth, will be the underdogs against their arch rivals, but can carry the confidence of a statement victory into the clash. This provides the first opportunity to exact vengeance upon Klopp’s side for the 4-0 mauling they received at Anfield in April.

That was the German’s first taste of a Merseyside derby, and he will relish his maiden trip across the street to visit the neighbours. Phils Coutinho and Jagielka will be missed to varying degrees by their respective sides, but there is more than enough talent and resentment to make this a captivating game. And that’s without even mentioning that traitor Koeman decorating his Christmas tree in red this year.

Then you remember that Sky Sports have dubbed this ‘MERSEY MONDAY’, and you resign yourself to a drab 0-0 draw.

Player to watch – Yaya Toure
Leave the birthday cakes and unintentional drink driving to one side (where it belongs), and Yaya Toure’s return from Manchester City obscurity will complete its full cycle on Sunday. The Ivorian is needed against Arsenal, and he will be more than happy to oblige.

With Fernandinho already suspended, Pep Guardiola will have cursed his luck at the sight of Ilkay Gundogan clutching his knee against Watford. The German will be sidelined for “a long time”, leaving City’s midfield looking rather less imposing. With Arsenal waiting to make amends following a second Premier League defeat of the season, it is hardly ideal.

Fernando will be the stricken midfielder’s replacement, but that is not enough to inspire even the most positive of optimists. The burden will surely fall on the broad shoulders of Toure, the 33-year-old having dominated such fixtures in years gone by.

That level of consistent performance is beyond the Ivorian now, but he is still more than capable of controlling a midfield on occasion. Since his return to the first-team picture, he has scored twice against Crystal Palace, impressed against Burnley, and guided his teammates through a difficult test against Watford. He made more passes (71) than any other player against the Hornets, as well as four tackles and four clearances. City’s two most recent league defeats came when he was relegated to the bench against Chelsea and Leicester. In the club’s time of need, Toure will be relied upon to recapture his old magic at the Etihad Stadium.

Team to watch – Arsenal
On the other side are Arsenal, hoping to overcome only a second Premier League defeat of the season. The result against Everton was undeniably a setback, but every team will suffer at least one of those over the course of the season. Instead, it was the manner of the defeat that was most worrying, with the Gunners panicking in the face of an energetic opponent and a raucous, unwelcoming home support.

Manchester City would be low on Arsene Wenger’s list of preferential next opponents after such a difficult assignment, but a Manchester City without Sergio Aguero, Ilkay Gundogan, Fernandinho, Vincent Kompany and, most devastating of all, Fabian Delph, is a different prospect. Arsenal will not be favourites on Sunday, but they head to the Etihad Stadium knowing that their hosts are a weakened beast. The Gunners must display a ruthless streak and prolong Pep Guardiola’s pain, or they risk becoming the prey themselves.

The consequences of another defeat would be far-reaching, particularly against a title rival. But a victory would validate claims of an improved mental strength. Arsenal’s last league defeat precipitated a run of 14 successive games without another loss; they require a similar response.

Manager to watch – Bob Bradley
It is hard not to sympathise with Bob Bradley, who was called to a fire at Swansea and was handed a water pistol and a Gylfi Sigursson before being asked to rescue the Welsh side. That is perhaps a generous view of the American, considering he has won just two of his nine games in charge, but which manager would excel with a defence of Angel Rangel, Alfie Mawson, Jordi Amat and Neil Taylor? Or a central midfield of Jay Fulton and Leon Britton?

“Defence is an area where we have to improve,” said Bradley after a 3-1 defeat to West Brom on Wednesday. Swansea have conceded 34 Premier League goals in 16 games; Hull (35) are the only side to have conceded more.

It is precisely why Middlesbrough could be the ideal opponent. Aitor Karanka’s side have fewer shots per game (9.4), have scored fewer goals (13), and have accrued the joint-fewest points at home of any side (seven). The Riverside will demand that the hosts are more expansive on Saturday, but that could benefit Swansea.

One-on-one battle to watch – Salomon Rondon v Marcos Rojo
Will Salomon Rondon score a hat-trick of headers? In what minute will Marcos Rojo launch a two-footed tackle at the Venezuelan? Can the striker inspire West Brom to a fifth win in seven Premier League games? Or can the defender help extend Manchester United’s unbeaten run to ten games?

Football League game to watch – Birmingham v Brighton
Gianfranco Zola then, eh? The pressure is immediately piled on the Italian in his first game in charge at Birmingham, as second-placed Brighton visit St Andrews. Chris Hughton’s side are unbeaten in 15 Championship games, and provide the most threatening opposition to Newcastle. Birmingham are one point outside the play-offs, making Gary Rowett’s dismissal all the more bizarre. He was sacked after leading the Blues to seventh; some people will demand that such a drastic decision be vindicated almost immediately.

Where is Mike Dean this week?
Where else? The Merseyside derby would have felt vacant without an official capable of handling such an occasion. Wirral-based referee Dean has only ever overseen one Liverpool game and two Everton ones throughout his career. This will surely end in tears for one team. Probably both.