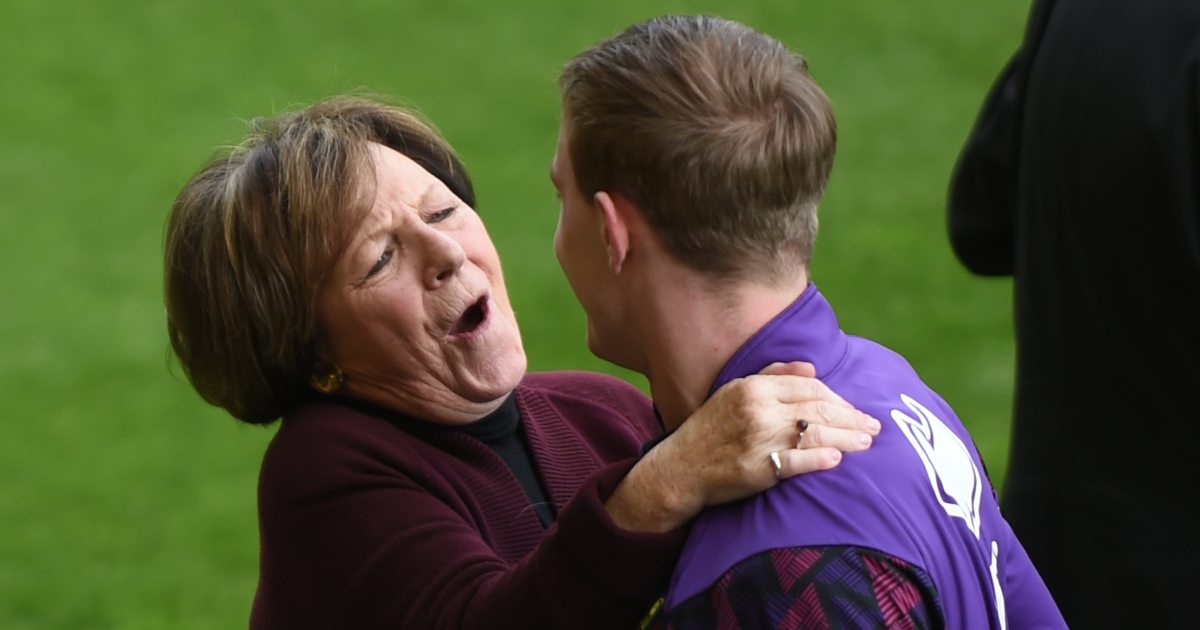 We have some Championship awards to give out. And we start with manager of the year…

Manager of the Season: Valerien Ismael (Barnsley)
Regardless of Barnsley’s fate in this month’s play-off campaign, Ismael has cemented his status as the manager of the season largely by virtue of very few EFL fans even knowing of his existence when the 2020/21 campaign began in August.

Having been drafted into a Barnsley side looking like fighting relegation once more following the energetic Gerhard Struber’s departure for New York Red Bulls in August, Ismael was another choice out of left field and from central Europe, a region which has seen the Tykes make child’s play of long-term progression in recent years, but Ismael has far exceeded his predecessors in guiding the South Yorkshire side to just three games away from a first Premier League campaign in two decades.

Should the Oakwell outfit be Wembley (or otherwise) bound or effectively knocked out after the first 90 minutes of their two-legged tie matters not; Ismael has changed the fortunes of a club that had to beat promotion hopefuls Brentford to stay up at the death on the final day of last season. Less than a year later, the final day of the campaign saw them effectively play a dead rubber against champions Norwich City with a top-six place already assured, ahead of a potential clash with the Bees in the richest series of games in football.

While Norwich’s Daniel Farke and Xisco Munoz of Watford deserve huge credit for automatic promotions, and despite the excellent work of Mark Warburton at QPR and Nathan Jones back at Luton Town, Ismael is the undisputed best manager in the second tier this season. 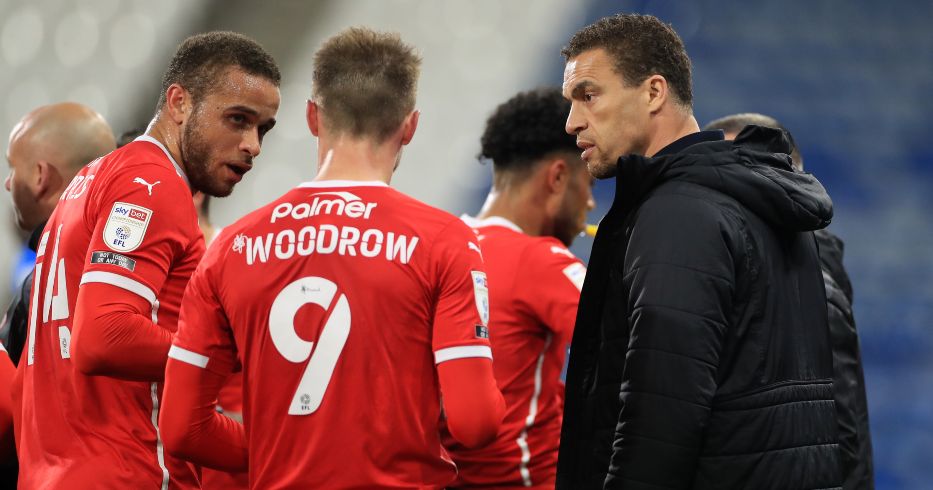 Player of the Season: Oliver Skipp (Norwich City)
While there are a multitude of shouts for goalscorers for this award every Championship season – and this campaign has been no different – record-breaking Ivan Toney deserves special commendation for his 31 strikes and perhaps almost equally as impressive 10 assists, but it is a man in the centre of the park who has hit top marks in the division this season.

On-loan midfielder Skipp has had such an impressive campaign in the second tier with the Canaries that parent club Tottenham appear not to want the 20-year-old to fly the north London nest again next campaign.

This is potentially devastating news for Farke’s outfit, for whom a second loan spell, this time in the Premier League, would have been superb news, but it may be that – like fellow Spurs academy graduate and former Norwich loanee Harry Kane – Skipp is naturally the best in his position at the Super League wannabes.

Skipp has been instrumental in Norwich’s 4-2-3-1 formation alongside the more adventurous Kenny McLean at the base of midfield, passing, tackling and intercepting his way to the top of the individual awards in this better-than-before Norwich City side. If they can somehow convince Spurs to release Skipp on another temporary deal, don’t bet against him being equally impressive in the top flight of English football.

That he did not make it into Matt Stead’s top ten Championship players of the season reflects worse on Stead than Skipp.

Unsung Hero: Yoann Barbet (QPR)
The only outfield player to play in every minute of this Championship season makes for quite an astonishing accolade but, in doing so, Barbet has continued to impress under the radar like much of his career to date.

It is perhaps most fitting that QPR have also gone largely under the radar this season, but like their French defender – who has excelled on the right-hand side of a back three in the latter stages of the campaign – Mark Warburton’s side have defied the odds to finish as one of the best of the rest. If they could have avoided such a slow start to the campaign, they could have viably made the top six with their surprisingly efficient yet often ruthless squad.

For all the goalscoring expertise of Charlie Austin, the silky playmaking of Ilias Chiar and fortune of being related to Newcastle United hero Joe Willock of brother Chris, it has been Barbet, he of 4140-plus minute fame, who underlines just what makes this QPR side so dangerous ahead of next season: consistency and solidity to the point of perfection.

Game of the Season: Derby 3-3 Sheffield Wednesday
Brentford’s seven-goal demolition of Wycombe stands to attention, but for pure drama, look no further than the final day of the season.

Recency bias has no place here; the ultimate relegation showdown in this winner (or drawer in Derby’s case) takes all (avoiding the embarrassment of breaking FFP and being relegated to League One) shoot-out was fascinating. It was undoubtedly the highest-stakes match of the season and unlike many matches with so much on the line, this lived up to expectation. A near-goalless first half saw Wednesday take the lead on the brink of half time before the second half descended into anarchy with the clubs swapping leads and levellers throughout the second 45.

With the result on the verge of being meaningless owing to Rotherham United’s prolonged lead in south Wales, Marlon Pack’s 88th minute equaliser for Cardiff City meant Wednesday were staying up for all of 30 seconds before Martyn Waghorn’s penalty secured the Rams’ place in the second tier next season, save for potential points deductions of course.

💰 Will Derby Face A Points Deduction?

🗣️ Another quiet day at #DCFC – here’s what I know in terms of the rules and current precedents.

Most Boring Team: Stoke City
A few months back, when there was still much to play for, I pitched an idea for an article on how to support a club with little to play for, particularly during the Covid-19 pandemic with fans reduced to watching their side play through laptop screens and faltering streams.

In reality, I struggled to reach the end of the article, like many a Potters fan has struggled to get through many of their side’s matches this term, and it never saw the light of day. This Stoke side have never once looked threatened by relegation like they were for much of last season before Michael O’Neill steered them from a second drop in three years, but any slim promotion hopes went down when Tyrese Campbell was ruled out for the season in the first quarter of the campaign.

A near equal win-draw-lose record across their 46 games with an almost identical goals scored and conceded column is a clue as to how generic Stoke’s year has been. Generic from the club and apathetic from the fans. A couple of years ago, I wrote a piece on the Potters that did see the light of day about how Stoke supporters just wanted to have something to cheer. The cheers were fleeting and they are in danger of returning full circle to boredom and apathy. Big changes are needed ahead of next season.

Underperformers: Bristol City
If there is one club in the entire EFL who are grateful the season isn’t running that little bit longer, then Bristol City are far and away the obvious choice. In dire need of a reset across the club, the Robins have been anything but soaring in the second half of the season, dropping from potential play-off outsiders at Christmas to finishing 19th at the campaign’s end, eight points above the drop and having conceded more often than each of the bottom two clubs.

With just three wins since the end of January, Bristol City went largely under the radar with their capitulation due to never being in serious relegation trouble, and the blame can be apportioned to a number of figures at the club, least of all manager Nigel Pearson, who will be able to prove his worth with his own team together next season, with a number of changes expected in playing personnel.

The management under Lee Johnson became stale and he was rightly released from his time in the dugout last summer. Now it is time for the team to go through a similar refresh.

Overperformers: Luton Town
At the end of last season, Luton Town only managed to evade an instant drop back to League One thanks to the inspired re-appointment of Nathan Jones, who had clearly been gone too long from Kenilworth Road as namesake Graeme failed to have a similar impact.

But if Luton Town overachieved in staying up last year, then they surpassed themselves this year with a first top-half finish in the second tier of English football since 2006.

Playing football that was easy on the eye and with great recruitment in the likes of loan midfielder Kiernan Dewsbury-Hall and forward Elijah Adebayo, the future looks bright for Luton. In 2021/22, another top-half finish would be performing as expected. That is the greatest testament to just how impressive this season has been.

Luton made an operating profit of over £3m in 2019/20 mainly due to player sale profits of £9m and income almost doubling following promotion to the Championship. #LTFC show clubs can break even and survive in the second tier. pic.twitter.com/HO4JZqaZBq