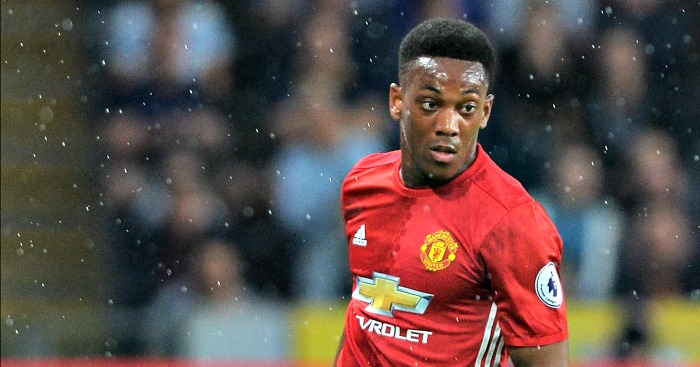 Is it better to be a big fish in a small pond, or a small fish in a big pond?

Is it better to be Hollywood star in a low-budget movie, or a member of the supporting cast in a Hollywood blockbuster?

Is it better to be the best player in a poor side, or a struggling player in a great side?

On one hand, you are the centre of attention, the main attraction, the whale surrounded by plankton. On the other, you become the plankton, the secondary to the primary, the Robin to the Batman. For Anthony Martial, even playing the role of right-hand man would be a welcome reprieve right now.

In among the outpouring of positivity around Manchester United this season, the form of Martial has been the outlier. The Frenchman’s struggles are the sole black mark against Jose Mourinho’s name to date, and one of the only red ticks that remains on Louis van Gaal’s list.

Last season, the 20-year-old thrived as the focal point to a bland side. He was so often required to become the hero, the catalyst, that he slipped into the role with ease. United’s attack lived through Martial. He prospered under the pressure – the pressure of his valuation, the pressure of playing in a poor team, the pressure of being a ‘waste of money’.

The arrivals at Old Trafford this summer were intended to harness Martial’s powers, not prohibit them. But against Hull, a worrying trend continued. In a difficult situation, where United required some inspiration to find a breakthrough, he did not prosper; he floundered. Of the 29 shots registered by the visitors at the KCOM Stadium, Martial accounted for just one. It was off-target.

It was telling that, when United needed a change of impetus, Mourinho’s first substitution was to remove Martial. And if the Frenchman’s showing will cause him sleepless nights, the performance of his replacement, Henrikh Mkhitaryan, will provide the cold sweats. Not to mention the continued brilliance of Marcus Rashford.

With the Manchester derby next after the international break, United face a dilemma: drop an out-of-form Martial with his potential replacements already impressing, or keep a winning side intact despite his struggles. With Zlatan Ibrahimovic and Paul Pogba shuffling the Frenchman off centre stage, and other players stepping up to play their part, the pressure is no longer on Martial to come to the rescue. But perhaps a Martial without pressure is a Martial not quite good enough for this Manchester United.