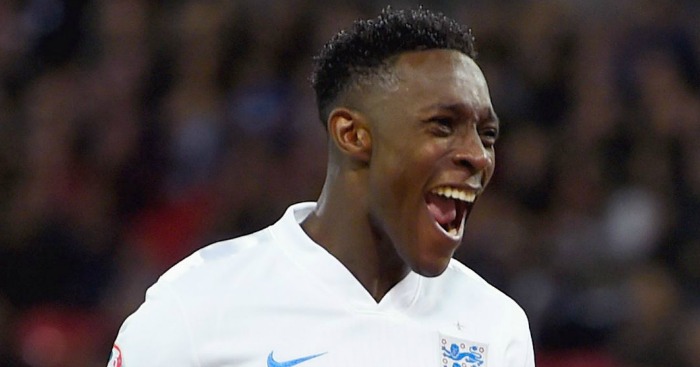 Very few England players capture the hearts of every England supporter, but some are more divisive than most. With another international tournament about to begin, we pick out five England players that Football365’s writers have the softest of spots for…

Emile Heskey
It’s always good to keep on the good side of the boss, and there’s no quicker way to Sarah Winterburn’s heart than by saying lovely things about Emile Heskey.

Some England supporters see Heskey’s 62 caps as a sorry indictment of England’s just-not-quite noughties. Actually, the opposite is true. He was the ultimate selfless forward: providing for Michael Owen, holding up the ball before bringing overlapping midfielders into play and winning free-kicks on the edge of the penalty area. He even played well out on the left wing. Learn that trick, Jamie Vardy.

Heskey became a punchline in an unfunny and tired joke towards the end of his career, but it is inherently dim to overlook his effect on several different England teams. As Gerard Houllier said when in charge of Liverpool: “You take players not for the number of goals they score but for the role they can play for the team.”

One permanent England manager might have been wrong, perhaps even two. Heskey was called up by five different coaches: Glenn Hoddle, Kevin Keegan, Sven-Goran Eriksson, Steve McClaren and Fabio Capello. The manager who had the least faith (McClaren) was the worst of the lot.

Sol Campbell
Campbell has become a parody of a man in his post-playing career, a kind of Conservative Action Man figure dressed in tweed and with hunting rifle in hand. You pull a string out of his back and he immediately starts opining on the problems of housing for London’s upper-middle classes. Boo-f*cking-hoo.

It’s therefore worth remembering just how wonderful Campbell was as a central defender. He became England’s second-youngest captain (behind Bobby Moore) in May 1998, and was the first England player to appear in six consecutive major tournaments. He was also named in the Team of the Tournament at World Cup 2002 and Euro 2004. Finally, Campbell earned at least five F365 points for not being John Terry.

At his peak, Campbell was the complete central defender. Physical yet quick, happy to make crunching tackles but also comfortable with the ball at his feet. If anything, 73 caps seems too few.

Owen Hargreaves
“I think there were a number of players who were turning around after what happened and were disgusted by it because at the end of the day he is playing for his country, doing what he can for the cause” – David Beckham.

England’s captain was speaking after England’s victory over Paraguay at the 2006 World Cup, during which Hargreaves had been booed by a section of England’s support. The same thing had happened in a pre-tournament friendly, with those moronic supporters put out that England were selecting a midfielder who had never played in England.

Never has an England player increased his popularity among the masses more than Hargreaves. By the end of the World Cup he had been named as England’s Man of the Match against Portugal (and the only player to score his penalty). By the end of 2006 he was heralded by fans as England’s Player of the Year. From ‘What’s he doing here?’ to ‘Oh, that’s how you play international football’ in six months. We doff our cap.

Danny Welbeck
When an England supporter is tired of Danny Welbeck, they are tired of life. There’s something incredibly personal about watching Dat Guy play football, and something very heartwarming about that goal celebration smile.

Fortunately, we’ve seen that smile quite a lot for England. Welbeck may only be 25, has suffered with significant injury problems and managed only 35 caps, but only 29 players in England’s history have scored more goals. Welbeck’s 14 is already three more than Teddy Sheringham managed in 16 more international games. Not bad for a player normally used out wide.

For Welbeck’s importance to England, look to the uncertainty caused by his latest injury absence. No other player in Roy Hodgson’s squad would have caused a greater kerfuffle, with the manager forced to use pre-tournament friendlies to experiment with different systems. Danny, the champion of our world.

Darren Anderton
Anderton is the second entrant on this list also selected as one of our injury-prone England players. We were still lucky enough to see plenty of a winger now too easily forgotten. In his pomp, Anderton was bloody brilliant.

For those of a certain age, Anderton’s wonderful thrashed finish against Colombia in World Cup 1998 is one of our favourite England goals. It was the opener – and nerve-settler – in a must-not-lose group game, superbly arrowed into the top corner.

“When you are a kid and you are kicking the ball about, you are dreaming of playing at the World Cup,” Anderton recalled in an interview with Sky Sports in 2013. “To then also score at a World Cup finals is brilliant. Michael Owen had the ball out wide and crossed it in. The defender half-cleared it and it came straight at me. It was instinctive. There was pace on the ball but, luckily, I got my first touch right and it sat up invitingly for me to hit it into the top corner.”

Surrounded by Gascoigne, Shearer, Beckham and Owen for much of his England career, Anderton was rarely the star for his country, yet he played in some of England’s best matches of the decade and never let his country down. Thirty caps would have been almost doubled without injuries.