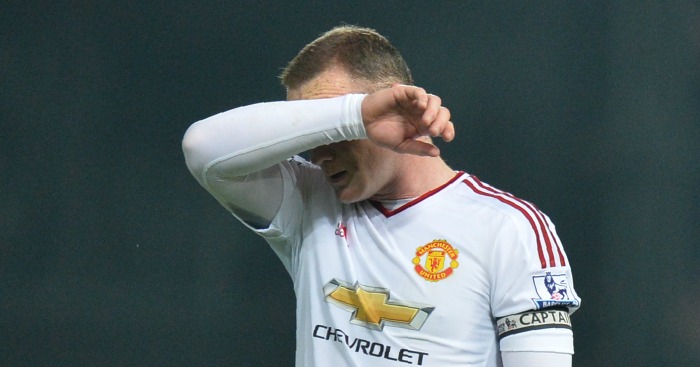 We f***ed it. But then everybody f***ed it. Nobody in the western (or indeed eastern) world predicted a top four of Leicester-Arsenal-Tottenham-Manchester City, and nobody predicted Jamie Vardy would compete for the Golden Boot. At least we can laugh at ourselves…

Who will win the league?
Of the six predictors, three said Manchester City, two said Chelsea (silly Matt Stead, silly Ian Watson) and John Nicholson technically came closest by saying Arsenal though something (‘However, it is obviously stupid to back Arsenal to win the league because Wenger obviously isn’t good enough and he always messes everything up by not buying the right players at the right time’) tells us his heart really wasn’t in it.

And rest of the top four in order, please?
Obviously, not a single one of us went for any variation on the obvious top four. Shame on us. Double shame for Daniel Storey who wrote, ‘Can I just say now that I really think Liverpool will be much better?’ You could say it and you would be massively wrong, Daniel. Stead and Watson at least redeemed their Chelsea title-winning prediction by claiming Arsenal will finish second. They duly did so they win. Kind of. These are small victories in a prediction season of f***ing it.

Who are going down?
Out of six F365ers, five predicted Leicester. ‘Ranieri’s Leicester has a touch of the ‘QPR’ about them,’ said Stead, while Watson wrote that ‘as it stands, I think Leicester will drop, a few months after Claudio Ranieri gets the bullet around Christmas’. Oh boys. The only one of us not to drop this massive bollock was, fittingly, the editor Sarah Winterburn. She at least picked the teams that finished in 15th, 16th and 19th. ‘Watford are nailed-on favourites,’ said Stead, while Storey went big on West Brom. File under ‘wishful thinking’.

Who will be the best of the ‘rest’ (you can define ‘rest’ as you wish)?
‘As perverse as it seems I think Steve McClaren will do really well at Newcastle United’ – John Nicholson. We have literally never read anything filthier. ‘Something doesn’t sit right with Newcastle or West Ham,’ said Stead. We will call that 1/2 and we’re not rounding up. What did Storey say? ‘Spurs 6th, Southampton 7th, Swansea 8th, Newcastle 9th. I’ll stop now.’ You should have stopped some time ago, Daniel.

‘Southampton will finish top seven again so are you asking who will finish in that coveted eighth spot? Stoke,’ said Winterburn, now kicking herself that she said anything other than ninth for Stoke.

Who did finish the best of the rest? Leicester, we suppose. We f***ed it.

Who will be top scorer?
Three of us said Sergio Aguero and three of us said Wayne Rooney; three of us are not idiots. Actually, make that two because Storey said Aguero would win it but spent money on backing Rooney and Troy Deeney. It’s slightly embarrassing that not one of us even mentioned Harry Kane. At that stage we still thought he was imaginary.

First manager to leave their job?
‘Claudio Ranieri looks set to be a disaster,’ said Nicholson, but he regained some points by predicting that ‘a bad start for Liverpool will see Brendan on his way, no matter how well moisturised he is’. Only Stead actually got it right with Dick Advocaat, but some of us can take some solace in the fact that Quique Flores (Winterburn), Roberto Martinez (Storey) and Tim Sherwood (Watson) all eventually got sacked.

As for Nick Miller, he’s had a mare: ‘I don’t know whether Slaven Bilic will be the first, but he’ll certainly be the most spectacular. Can’t see Claudio Ranieri lasting, either, but he won’t be sacked strapped to the front of a lorry playing his Gibson Flying V like that bloke in the new Mad Max film. Bilic might.’

Best signing of the season?
Winterburn f***ed it with Raheem Sterling, Storey broke even with Georginho Wijnaldum, Roberto Firmino and Jordy Clasie, as did John Nicholson with ‘Yohan Cabaye amd Patrick Bamford to Palace are very good indeed’. Watson? Bloody hell. ‘Christian Benteke will be a big success at Liverpool,’ he said, while Miller wrote that ‘Bastian Schweinsteiger might be the most enjoyable’; still enjoying that, Nick?

Stead has been boasting that he called it on Toby Alderweireld but keep reading beyond that first sentence: ‘Alderweireld ties with Clyne. Relatively low fees, Premier League experience, solves a problem for their clubs, and they’re ruddy good. Gestede runs them close, and Eder is brilliant on FIFA (you’d have to ask Sky Sports News what his work-rate is out of 20, though).’

Gestede? Eder? It goes without saying that nobody mentioned N’Golo Kante or Dimitri Payet.

And the worst?
A massive sign of relief from Winterburn with her shout of Radamel Falcao. Nobody embarrassed themselves too much in this section, and Storey picks up much-needed points for pointing out that ‘Sunderland have paid £8m for Jeremain Lens’.

Going continental temporarily, who will win the Champions League?
Lots of people said Barcelona. Shall we give Johnny the win here by default when he says: ‘As a big Rafa fan, I have to say Real Madrid. You can’t beat Rafa in Europe. Even when he loses, you know, really, he’s won because he’s a more highly evolved life form.’

And, finally who would you most like to fail, and why?
We f***ed so many of our predictions but at least Winterburn got to watch Jose Mourinho fail, Storey watched Louis van Gaal ‘cock it’ (his words), Miller saw Newcastle go down, Watson witnessed Petr Cech ‘drop a couple of b*llocks early doors’. Schadenfreude reigns. Except for Stead, who wanted to see Slaven Bilic fail at West Ham. In hindsight, it’s utterly astonishing that nobody mentioned Brenda.

So there you have it…Football365 taking the crystal out of crystal balls since 1997.