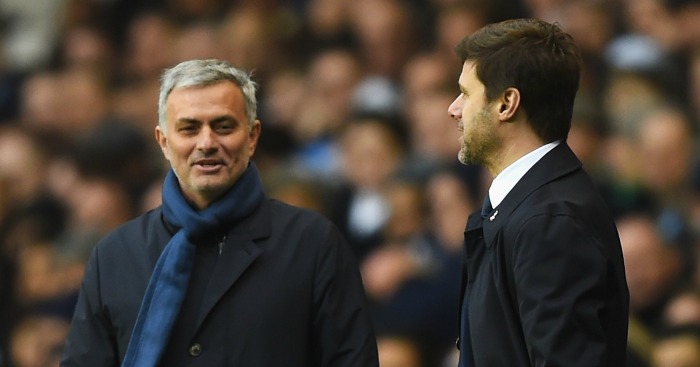 10) Red Bull will buy in England
‘Sky Sports News HQ has been told that Red Bull are happy with their current portfolio of clubs in Sao Paolo, New York, Salzburg and Leipzig, and are not looking for further expansion.’

So read the story on SkySports.com in November, and I’m not doubting its validity. Yet it’s hard to accept that the energy drink giant would rule out England’s football culture as the perfect place to increase their sporting brand, particularly after the extraordinary success of RB Leipzig in Germany.

English clubs are ripe for takeover. The Fit And Proper Person Test blocks those who have suffered previous financial collapse or who are guilty of football club mismanagement, but is not against corporation ownership. Red Bull could waltz in waving their cash around, and watch people faint at their feet.

Even many young supporters would welcome the move, a Football Manager project made real. Pick a city without a club but large population or a club down on luck and love and aim for the stars. RB Coventry or RB Slough (with a touch of re-branding), for example.

9) Southampton will sell, and still survive
In 2014, they lost Luke Shaw, Adam Lallana, Calum Chambers, Rickie Lambert and Dejan Lovren. They were fine.

In 2015, they lost Morgan Schneiderlin and Nathaniel Clyne. They were fine.

In 2016, they lost Sadio Mane, Victor Wanyama and Graziano Pelle. They are fine.

In 2017, they will lose all or some of Virgil van Dijk, Jose Fonte, Ryan Bertrand and Dusan Tadic. They’ll be fine.

8) Middle-of-the-road clubs will sack their managers
2016 was actually a relatively quiet year for Premier League sackings. Twelve managers left their permanent positions, with nine of those departures forced upon those in charge. That will surely increase in 2017.

Yet 2017 may well see a change in pattern too. Typically, managers are sacked at the top and bottom of the league, by those clubs struggling to survive or missing out on the lofty ambitions of club owners who have invested plenty in new signings. This year, it will be the middle-of-the-road clubs that twist rather than stick, with increasing revenues persuading them to push for more than just mid-table mediocrity.

Mark Hughes at Stoke City, Tony Pulis at West Brom, Slaven Bilic at West Ham, Ronald Koeman at Everton and Claude Puel at Southampton. More than half of those five managers will lose their jobs in 2017. I’m gulping slightly as I’m typing that.

7) Claudio Ranieri will resign from Leicester City
At first the calls from Leicester supporters for Ranieri to be sacked felt like wind-ups. Then they felt like the idiotic opinions of the kind of person who would choose to ring a radio station to rant about their football club. Gradually, however, they are becoming less and less ridiculous.

I don’t want to see Ranieri forced out. He won the most unexpected league title in football’s history, and has the face of a man so gentle that you can imagine him rescuing bees who have been weighed down by pollen. I have no lingering sadness over Jamie Vardy or Riyad Mahrez’s decline nor for Leicester City’s in general (they had their fun), but Ranieri is different.

Ranieri achieved the unthinkable in 2016 but 2017 should be the year he slips out of a side door, either in the summer or when Leicester exit from the Champions League. The Italian will still be loved in Leicester, but crucially not damaged by the subsequent decline. It’s time to get back to those bees.

6) A record points total will be needed for a top-four finish
In the last two seasons, 66 and 65 points would have been enough to finish in fourth place in the Premier League, with the average over the last ten years being 66.5 points. The highest total required in Premier League history (in a 20-team league) is 73, while in 1998/99 fifth-placed West Ham gained only 57 points.

This season, those records could be blown away. With the biggest clubs spending heavily on their squads in response to Leicester City’s surprise success (and their own disappointment), and with high-profile, successful new managers in place, the current top six have created their own mini-league. In 57 matches against bottom-half teams this season, they have won 44, drawn ten and lost only three.

Arsenal, in fourth place, are heading for 78 points. Tottenham in fifth are on course for 76 and Manchester United in sixth on course for 70. You could argue that all three of those have suffered blips, but that is merely in comparison with the impressive form of those above them. They’re all still on more points than at this stage last season.

5) Manchester United will spend another sh*t tonne of money
If signing Paul Pogba, Henrikh Mkhitaryan, Eric Bailly and Zlatan Ibrahimovic only results in a meaningful challenge for Champions League qualification, Jose Mourinho is unlikely to stop in his quest to turn Manchester United into title contenders. Anyone thinking he’ll do this through unearthing young players in his squad or buying potential is a fool; ready-made stars are the order of the day.

Mourinho is unlikely to spend big (or even spend at all) in January, but a major tournament-less summer in 2017 should see sizeable targets landed. Antoine Griezmann is the obvious shout, with the Frenchman likely to cost north of £60m, but a central defender for a fee higher than £30m is also likely. That’s how you muscle your way back onto the podium.

4) Mauricio Pochettino will be poached by a Spanish giant
It’s about this time that Sarah Winterburn digs me in the ribs to remind me that these predictions need to be bold if they’re to garner anything more than mild interest. It’s a shame really, because mild interest is very much my forte. Still, here goes:

I’ll start with a statistic which I consider to be a doozy: The last calendar year in which none of Real Madrid, Atletico Madrid or Barcelona changed their manager was 1972. With Zinedine Zidane the latest to be appointed in January 2016, we’re due a change at one or more of those clubs in 2017.

When they do come up, Mauricio Pochettino is going to be in demand (and that’s without discussing Paris St Germain or another club in the Premier League). He played in Spain, he managed in Spain, he knows Spain. There will be interest.

So that leaves us with Pochettino’s decision of whether to stay at Tottenham or take one of the biggest (and most well-paid) jobs in his industry. Sorry Spurs fans, and I do hope I’m wrong, but I can’t see him turning it down.

3) Liverpool will be the best side not to win a trophy, again
There is a great deal more substance to Jurgen Klopp’s Liverpool than the Brendan Rodgers version. They are far less reliant on the genius (and good behaviour) of one player to succeed, and the defence is more solid too.

Yet there is the same sense that Liverpool have picked the worst season in which to peak. In 2013/14, their total of 101 goals and 84 points was beaten by a Manchester City team enjoying the first throes of the Manuel Pellegrini era. Had they waited another season, would Liverpool have pipped Mourinho’s Chelsea to the title?

Now under Klopp, Liverpool might be a year too late. This time last season, Leicester sat on top of the Premier League with 38 points from 18 games. Liverpool are currently second, and six points behind Chelsea, on 40. Without the possibility of success in Europe, will Liverpool once again be left as the best empty-handed team?

2) Arsene Wenger will sign a new contract at Arsenal
“I always said that I will judge where I stand in spring and make my decisions then,” said Wenger earlier this month. “And the club is free as well. It’s not because I am here a long time that I have any rights. We are both on the same boat.

“The club are happy and it will not affect planning. There are plenty of managers who arrived at the end of their contract. It happened to me before. I signed sometimes in March, April for longer contracts. So I don’t think it’s a problem.”

Finish second or third, perhaps even reach the quarter- or semi-finals of the Champions League or win a domestic trophy. Then comes the new contract, and Arsenal FAN TV collapses under the weight of its own anger.

1) Wayne Rooney will leave Manchester United
It was a slightly contrived result of Henrikh Mkhitaryan’s scorpion kick (and yes, offside) goal against Sunderland, but it did make me worry further for Wayne Rooney’s Manchester United career. When a player in your position is doing things that your body is physically incapable of for £100,000 less a week, it’s worth making contingency plans.

Rooney is the second highest-paid player in the Premier League, and yet has started the same number of league games this season as Marouane Fellaini. There is still value in Rooney’s goal threat, chance creation and hunger, but the benefits simply aren’t worth the gigantic cost.

Rooney will only be 31 when this season closes, but his football age is at least two or three years above that. This is the perfect time for Manchester United to cut their losses on Rooney’s whacking great contract, and for the player to have his pick of retirement homes.