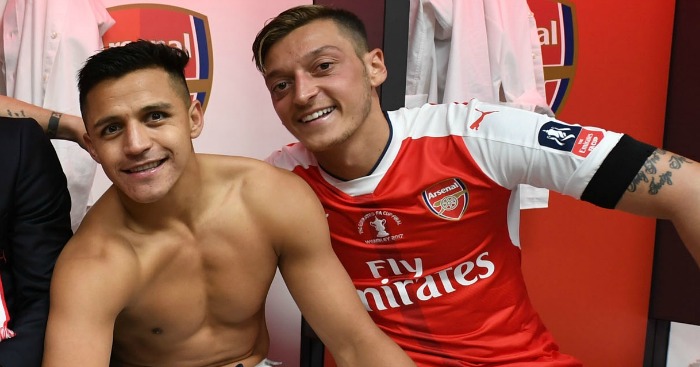 10) Jorge Mendes will stand on Premier League centre stage
Football’s first age was when the game itself had control. Then came the second age, when the clubs had control. Then the maximum wage was abolished, and football embraced its third age of player power. Now we are in the fourth age, when agents rule supreme.

Manchester United’s transfer dealings are guided by Mendes and Mino Raiola, but things are likely to be ramped up in 2018 with the inevitable promotion of Wolverhampton Wanderers to the Premier League. Mendes is close to Wolves’ owners Fosun, whose chairman Guo Guangchang bought stakes in Mendes’ football agency.

Managing director Laurie Dalrymple has played down the closeness of Mendes’ relationship with Wolves, and regulations bar him from being in charge of recruitment. Yet this very modern situation is likely to be played out on a bigger stage come August. If nothing else, it’s an intriguing project.

9) Marco Silva will move on up again
It is no coincidence that Watford’s form plummeted after Silva was repeatedly linked with a move to Everton. Although Silva had the decency not to publicly declare his interest, it is apparent that the Portuguese is an ambitious coach. He will not stay at Watford for long.

Some will criticise Silva for such flagrant ambition, but the truth is that he arrived in England as a relative unknown. There is an insularity within English football that means coaches and players must prove themselves in our league to be considered fit for purpose. What you did abroad doesn’t count for much.

Having managed Estoril, Sporting CP and Olympiakos successfully, Silva considers himself at a level above Hull City and Watford. You can see his point, too. Bigger clubs may come calling.

8) English teams will blossom in the Champions League
Between 2005 and 2012, three different English clubs won the Champions League and Arsenal also reached the final. It was a golden period for the Premier League in Europe. Since 2012, English clubs have not produced a single winner nor even a finalist. Of the 48 quarter-finalists in those six years, Spain had 17, Germany ten and England just five.

This year, that will change. The Premier League has provided five of the 16 teams in the first knock-out stage, and Manchester United, Liverpool and Manchester City are all heavy favourites to qualify for the quarter-finals.

England’s five teams are all in the top ten favourites to win the Champions League, and Manchester City are at the top of that list. The least we should expect is one or two semi-finalists.

7) Antonio Conte will return to Italy
“I miss it, that’s beyond doubt,” Conte said in September. “Italy is my homeland, so once I have had some good experiences, formative experiences, important and life-changing experiences, I’ll be back. I don’t know when but that’s the aim.”

You could hardly blame him. The Italian national team may still need a new permanent coach after sacking Gian Piero Ventura, Conte has made no secret of his annoyance at Chelsea’s inability to land his top targets and he won the Premier League in his first season in England. What more is there to prove?

Add in the inevitable air of ‘after the Lord Mayor’s Show’ to Chelsea’s season and a potential last-16 exit from the Champions League to Barcelona, and it hardly takes a giant leap to suggest he will walk in June.

6) Tottenham’s wage cap will be broken, or else
Harry Kane’s future is truly the least of Tottenham’s concerns. For while their star striker looks happy living the dreams of the everyman rather than the superstar, around him players are looking at their wage packet with some dismay.

Danny Rose was first to rock the boat, suggesting that he could earn more money elsewhere. Christian Eriksen, Dele Alli, Toby Alderweireld, Eric Dier, Hugo Lloris and Jan Vertonghen will know that the same is true of them. Unlike Kane, they have no geographical or familial reason for staying put.

Last season, Tottenham’s wage bill was £80m less than Liverpool’s, £114m less than Arsenal’s and £144m less than Manchester United’s, the biggest spenders on salary. Is this the year that something must give?

5) England will make the World Cup quarter-finals
England have not won a knock-out match at a major tournament since 2006, but maybe 2018 is the time to end 12 years of hurt. The group-stage draw should be enough for England to at least finish second behind Belgium, and Roberto Martinez is hardly Mr Dependable when it matters most.

From then on, England are most likely to play Colombia in Moscow. Colombia flourished in 2014 in Brazil but have struggled since. They were one goal away from being pushed into a play-off spot by Peru in qualifying and failed to impress at either the 2015 or 2016 Copas America.

Victory against Jose Pekerman’s side would produce a likely quarter-final tie with Germany, which is where this story surely ends. But with a young squad full of those successful at club level, there are reasons for keeping the faith.

4) Sanchez and Ozil will leave (and be replaced by worse)
At times of Arsenal optimism, such as beating Tottenham or holding Chelsea to a 0-0 draw at Stamford Bridge, you have to step back and look at the bigger picture to appreciate why most supporters are still thoroughly p*ssed off.

After seasons of preaching that consistent Champions League qualification was the real quiz, Arsene Wenger then waited until Arsenal had dropped out of the top four to sign a new contract and then sit beside Stan Kroenke as he talked up winning the Premier League. Only fools will swallow that.

Alexis Sanchez will certainly leave, and Mesut Ozil will not be far behind. The stories of transfer warchests from well-placed journalists will arrive in March or April, and then Arsenal will spend the entire summer signing lesser replacements for departing players without fixing the other problems in the squad.

On form, Liverpool are the second best team in the country to watch after Manchester City. But add in the air of jeopardy that surrounds their defending and there is no better side for the neutral to enjoy in any one of their moods. Now unbeaten in 15 matches in all competitions, Liverpool are at full throttle again.

Importantly, City have played most of their closest rivals away from home. They beat both Chelsea and Manchester United in their own stadiums, and defeated the other three members of the top six by a combined scoreline of 12-2 at home.

The only potential roadblocks are City’s own complacency as they stroll towards the finish line, something Guardiola will surely guard against, and the return of the Champions League. They travel to Arsenal after the second leg of their last-16 tie, and play the Manchester derby between the first and second legs of the quarter-finals, assuming they get there.

1) Jose Mourinho will leave Manchester United
Ah yes, the elephant in the room. For transparency, I said this time last year that Mauricio Pochettino would leave Tottenham for a Spanish giant. The point about predictions is that they invariably rely on hunches rather than certainty.

Yet Mourinho seems to have entered his third-season schtick long before winning the title in his second, as is customary. The criticism of his own players, the suggestion that his club have let him down in the transfer market and the framing of his own side as underdogs; it’s all there.

The question is how far this goes if United continue to stumble. Paris Saint-Germain is a pretty excellent haven for an elite manager down on his luck and in need of a change. That would allow Mourinho to blame Manchester United for his departure. Some supporters would be sure to go along with it.