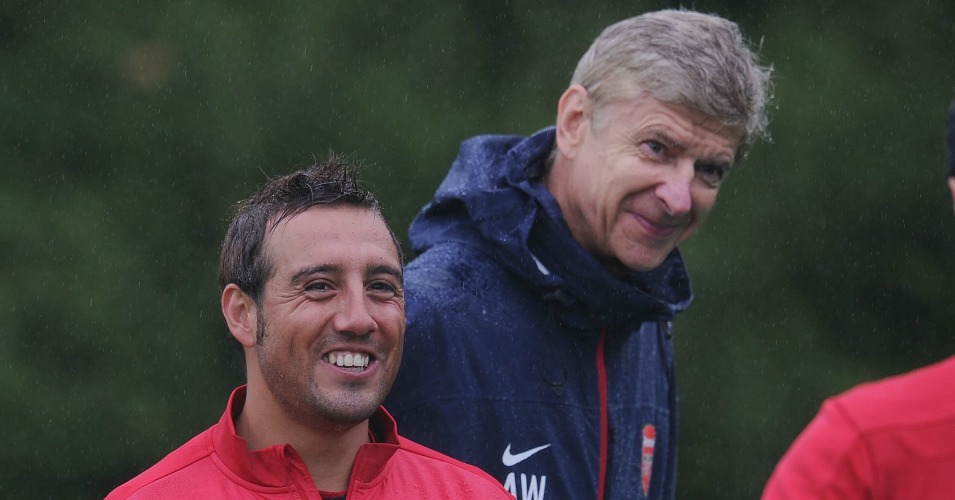 10. Willian
Cesar Azpilicueta, Cesc Fabregas, Eden Hazard, Branislav Ivanovic and Nemanja Matic. Azpilicueta aside, a rundown of the five Chelsea players with the most minutes in the league this season reflects just how poor Chelsea have been; the latter four are the worst culprits in the club’s abhorrent start. That Willian ranks in 10th and only marginally above John Terry by the same metric is yet more bewildering still.

In a season marred by controversy and mired in defeat, Willian has emerged as the one bright spark for Chelsea. The Brazilian is their top goalscorer in all competitions, barely holding off young Own Goals (three). This already represents his joint-best return in a blue shirt after just 12 games.

What is more noticeable in the 27-year-old’s game is his continued desire and commitment. While those around him implode, Willian dutifully rallies as if this were Chelsea’s title-winning campaign last season, seemingly free of the troubles engulfing the club.

9. Romelu Lukaku
Romelu Lukaku is 22 years old, has 101 club goals to his name, has made 40 appearances for his national team and has tallied cumulative transfer fees of over £40million. Yet Romelu Lukaku is still regularly criticised as wasteful and lazy.

The worry is that Lukaku has set the standard too high. Asked to lead the line as a lone striker, the Belgian is regularly isolated, trusted to not only score chances that come his way, but also create them himself.

Only Sergio Aguero (61), Luis Suarez (54) and Robin van Persie (48) have scored more Premier League goals since August 2012 than Lukaku (47). The comparative records of Olivier Giroud (46), Christian Benteke (45), Wayne Rooney (43) and Daniel Sturridge (39) highlight just how good Lukaku is, yet he is rarely hailed as one of the league’s best strikers.

Five outfield players have started each of Everton’s 10 league matches so far this season, and while the importance of Ross Barkley, Phil Jagielka, James McCarthy and Gareth Barry should not be understated, it is Lukaku’s absence which would be more sorely felt than the others.

8. Lucas Leiva
“Maybe if there hadn’t been the Arsenal game, I wouldn’t be here now. But I always believe that things happen for a reason.”

Lucas Leiva’s frank admission in September provided further backstory to a worrying and bizarre chapter under Brendan Rodgers at Anfield. Hailed by the Northern Irishman as “our best defensive midfield player” before the August clash with Arsenal, the Brazilian was seemingly bound for Besiktas on a season-long loan. Rodgers’ aversion to anything defensive was clear to see with Lucas in particular, with the Brazilian’s Premier League starts falling from 24 in Rodgers’ first season to just 16 in his last full campaign. Liverpool’s longest-serving player was on his way out.

It is no coincidence that Lucas has started every Premier League game since. While Emre Can and Mamadou Sakho have prospered under new manager Jurgen Klopp, it is arguably Lucas who has benefited the most. In Klopp’s two league games, only James Milner has completed more kilometres (25.49) than the Brazilian (22.36), while no player has made more passes (131). The 28-year-old also ranks the highest in Europe for tackles per game (5.9). Jordan Henderson’s imminent return from injury will see further changes to Liverpool’s starting XI, but Klopp will surely struggle to justify dropping a rejuvenated Lucas.

7. Sadio Mane
The scorer of the fastest-ever Premier League hat-trick last season, Sadio Mane has started this campaign in similar form. The Senegalese international has provided three goals and four assists to the Southampton cause, and is surely set to become the latest talent on the conveyor belt out of St Mary’s.

Indeed, Manchester United have reportedly renewed their interest in the 23-year-old. Valuations of around £40million have been mooted, and while that may elicit an initial response of ‘what the f***?’, Mane has scored or assisted a combined 20 goals in 40 league appearances since signing for Saints for £10million last summer.

Spurs and Liverpool are one thing, but Real Madrid is a step too far. Someone has to put a stop to this Vardy madness. His winning strike against Crystal Palace marked a goal in each of his last seven consecutive games, making it 10 out of 10 for Vardy this season. Roy’s actually going to put him on the plane, isn’t he?

Vardy has started every Premier League game under Claudio Ranieri this season, which, considering his competition for forward places comprises of the three most expensive players in Leicester’s history, should not be dismissed so callously. Such form is not likely to last for long, but even when the goals dry up the 28-year-old will play an integral role for the Foxes

5. Dimitri Payet
“I cannot pretend I am as good as those players. I’m just starting, but who’s to say, one day I might be at their level.”

Discussing his footballing heroes, West Ham’s £10million summer signing expressed his desire to one day reach the heights of Eric Cantona, David Ginola and Thierry Henry, a list of compatriots who had brought joy and immense style to English football. Now revered as ‘better than Zidane’ by adoring Hammers, Payet has certainly made an impact.

With Slaven Bilic’s side sitting in a heady third place in the Premier League after 10 games, Payet has starred as the club’s driving force. Only Aaron Cresswell has (900) has played more minutes than the Frenchman this season (898) as Payet emerges as Upton Park’s last icon. Only Jamie Vardy (13) and Riyad Mahrez (11) have more combined goals and assists than the 28-year-old so far this season (eight) and only Mesut Ozil is more creative in the whole of Europe.

4. Sergio Aguero
Alongside Alexis Sanchez, Sergio Aguero is perhaps the only Premier League talent attracting admiring glances from every club in Europe. Were it not for a chronic case of paper hamstrings, there would be no argument about Aguero being the world’s elite striker.

It is crystal clear to see in City’s performances since the Argentinean’s latest setback. A home clash with Bournemouth was a cruise, but Wilfried Bony struggled in the victory over Sevilla and the Manchester derby draw. Where the Ivorian fails to adapt to City’s game, Aguero is perfectly suited.

The 28-year-old is in the midst of his 10th injury since joining the club in 2012. It may seem reductive to brand him as undroppable for Manchester City, but it is no stretch to claim that the club’s trophy tilts depend on their striker’s fitness.

3. Toby Alderweireld
From conceding more league goals than relegated Hull last season to sharing the joint-meanest defence with Arsenal, Manchester City and Manchester United, Spurs’ defence has undergone quite the transition within one summer. All it took was to finally complete a signing that made perfect sense.

Where Federico Fazio and Younes Kaboul shared 31 games between them at centre-half last season, Toby Alderweireld represents a slight upgrade to say the least. After playing an integral role in the second-most miserly defence in the league at Southampton last season, the Belgian has conceded just 32 goals in 36 games in England. Spurs bought the 26-year-old on a five-year deal for just over £11million in the summer. He is the signing of the season so far.

2. Santi Cazorla
As Daniel Storey wrote in winners and losers, much of Arsenal’s success this season will depend on the availability of Alexis Sanchez, Mesut Ozil, Francis Coquelin and Santi Cazorla. Where Sanchez and Ozil offer class and creativity going forward and Coquelin provides steel in midfield, it is Cazorla who effortlessly bridges the worlds of defence and attack for the Gunners.

Having only made the transition into his deep-lying role in the middle of last season, Cazorla can now stake a legitimate claim as the finest central midfielder in the Premier League. No longer shackled by a role on the wing, the diminutive Spaniard is becoming Arsenal’s jack of all trades and master of plenty, ranking in the club’s top five per game for tackles (2.1), interceptions (2.3), dribbles (2.1) and key passes (3.5). The 30-year-old has also made 832 passes this season, 83 more than anyone else in the league, at a success rate of 91%.

32 – Since his @premierleague debut in August 2012, Santi Cazorla has provided more assists than any other player (32). Wizard.

Only Petr Cech and Nacho Monreal have played more minutes for Arsenal in the Premier League this season, with Cazorla having emerged as Wenger’s lynchpin. The Frenchman will be keen to forget that Kim Kallstrom made more appearances in central midfield in the 2013/14 season than Bastian Schweinsteiger’s new trainer.

1. Chris Smalling
While Wayne Rooney is seemingly considered undroppable at Manchester United for reasons as-yet unfathomable, Chris Smalling has emerged as the club’s most viable contender for that crown based on merit.

Sunday’s accomplished Manchester derby performance completed a remarkable year for Smalling. It was last November that the centre-half was branded “stupid” by Louis van Gaal after a red card in a 1-0 defeat at the Etihad, with Smalling almost certain to become the latest victim of the Dutchman’s iron rule.

Less than a year later, Smalling was being tipped for the future United captaincy by his manager. It has been a remarkable turnaround for United’s only ever-present so far this season. Is there a better centre-half in the Premier League?