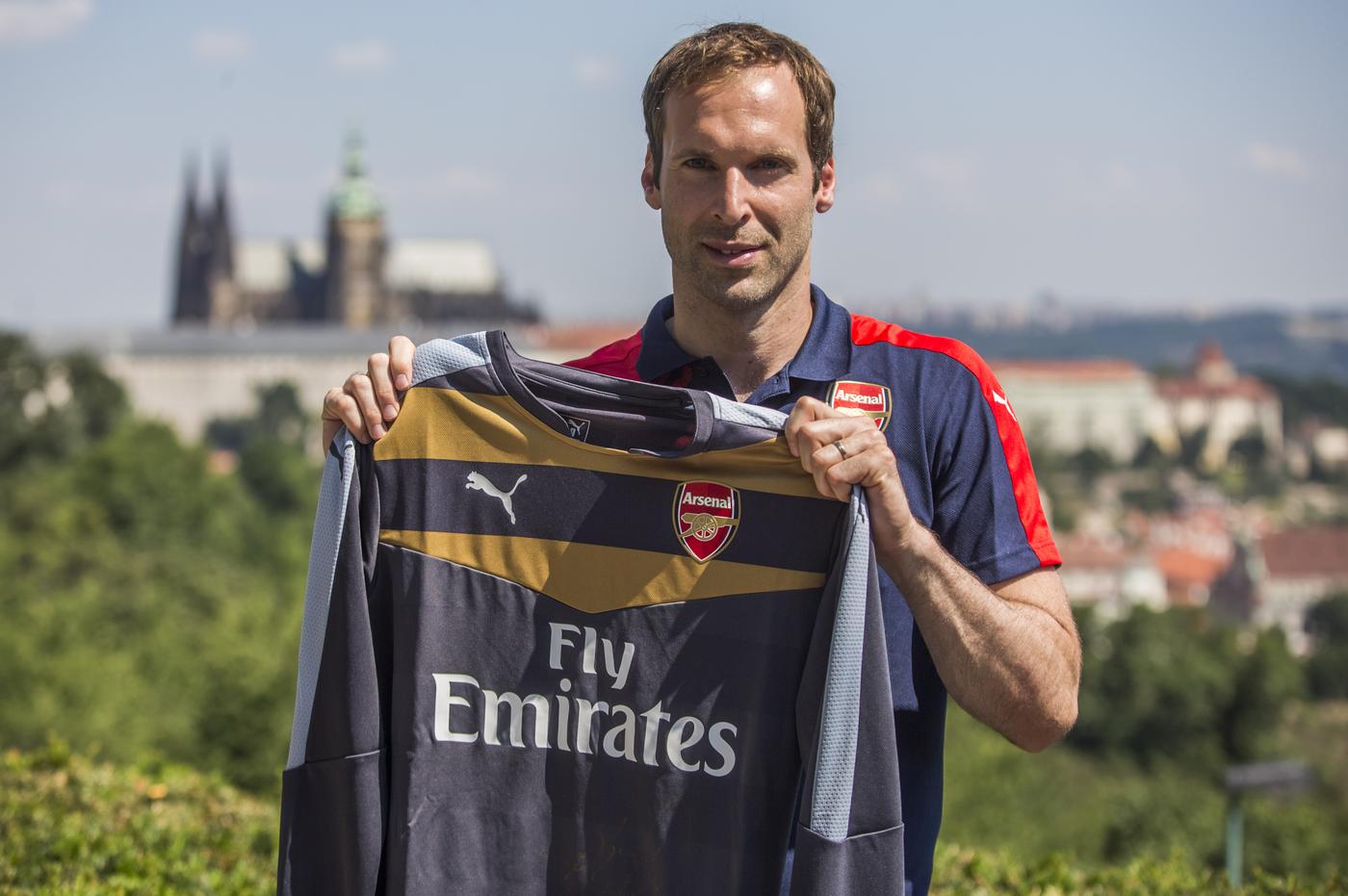 The season is ten days old, so it’s surely time to make some sweeping conclusions that will make us look bloody stupid in a few months’ time (eg Jonjo to France)…

10) Premier League recruits hit the ground running
The demand for patience in new signings is both constant and understandable. Asking players to perform at peak after moving home, country, league and culture is incredibly unfair, just another example of footballers being asked to care like humans but perform like robots.

Yet not all new recruits take their time to adapt. At Swansea, Andre Ayew looks to be every bit the skilful attacker we knew he could be, whilst Dimitri Payet is quickly on the road to becoming the Boleyn Ground’s final cult hero. After a string of disappointing arrivals from abroad last summer due to a variety of factors (Emmanuel Riviere, Remy Cabella, Siem de Jong), Georginio Wijnaldum already looks the business for Newcastle, whilst Shinji Okazaki fits the bill at Leicester as the perfect blend of determination and classy link-up play.

Patience remains a virtue, but an expensive foreign import hitting the ground running makes things so much easier for a manager. They are the gold in the transfer window mine.

9) McClaren has his work cut out
Nobody said it was easy; no-one ever said it would be this hard. If McClaren didn’t know the task that faced him at Newcastle, he surely does now.

The opening-day draw against Southampton was a positive result, but the home side were fortunate to escape with that point after late pressure from their visitors. At Swansea on Saturday, ten Newcastle players simply rolled over and allowed their bellies to be tickled. The other, Daryl Janmaat, would have been advised to follow suit.

“We’ve never finished until the window closes. Who knows? At the moment we’ve just signed three so we’ve settled down,” McClaren said. “Any good manager will tell you he’s always looking for players. We’d love one or two more but they’ve got to be the right ones and if they are, I’m sure we’ll be in the market for them.”

One hopes that those words are a public version of the “BUY ME SOME MORE PLAYERS” message he is loudly delivering to Mike Ashley and co. I had high-ish hopes for Newcastle this season, but their defensive unease and widespread ill-discipline only serves to undermine ambitions of progress.

8) Jonjo Shelvey is ready to mature
It was one of the more amusing incidents of last season. On December 28, Swansea manager Garry Monk warned Jonjo Shelvey about his tendency to pick up silly bookings: “Those conditions, any slight mistimed tackle, which could have been unfortunate, and it would be a red card. I have spoken to Jonjo about this and he has to wise up. The yellow card came from laziness, and he has to be better than that.”

The next day, with Swansea playing at Anfield, Shelvey elbowed Emre Can and, although the incident was not picked up by Andre Marriner, was given a four-game ban by the Football Association. Comedy is all about timing.

However, early signs are hugely promising for Shelvey, who has been brilliant in both of Swansea’s opening two games. No player has created more chances so far this season (Shelvey is level with Santi Cazorla and Mesut Ozil), only four players have completed more passes and only three have had more touches of the ball. I’m starting the campaign now: Get Jonjo on the plane to France.

7) Sunderland’s problems are mounting
“I cannot go on this way,” said Sunderland manager Dick Advocaat after his side’s second match of the season. “We have to find a solution one way or the other.” There is nothing like new season optimism to warm the heart.

If we keep playing this way then we have no chance at all,” was Advocaat’s other cheery message, with Lee Cattermole also unable to explain the start to the season. Everyone else wondered if Cattermole had been playing with his eyes closed for the last two years.

Sunderland have a squad bloated with expensive recruits, Championship-standard players and has-beens. Advocaat will demand more investment from Ellis Short in the next fortnight, but this already feels like another attempted escape from a greasy well.

Basically, in order to avoid another hard slog Advocaat needs to ship out half of his squad and replace them with young, hungry players who are committed to staying for two to three years and helping Sunderland grown sustainably. It’s a mighty big ask.

6) Swansea’s evolution bearing fruit
Garry Monk’s evolution of Swansea has been achieved without fanfare, but early signs suggest they could be ready to take the next step up on their stairway to football heaven. Having finished in their highest league position for 33 years in Monk’s debut campaign, there are those in south Wales dreaming of a top-six finish.

Who can blame them? With Lukasz Fabianski becoming increasingly reliable, captain Ashley Williams pledging to stay at the club, Jonjo Shelvey in the form of his life and Bafetimbi Gomis picking up where he left off last season, Monk has the spine of a successful team. Throw in the fairy dust provided by players such as Jefferson Montero and Gylfi Sigurdsson and there is no reason for Swansea to fear anyone. Thirty-six shots in two games against Newcastle and Chelsea is evidence of their attacking endeavour.

5) Spurs in danger of slipping backwards
We have made the point regarding Harry Kane’s lack of support on numerous occasions, but there is a real sense of foreboding about Tottenham’s season. After finishing just six points off the top four last season, this was the opportunity to make another meaningful assault on Champions League qualification.

Toby Alderweireld, Kevin Wimmer and Kieran Trippier are three signings that scream Europa League rather than anything more glamourous. Clinton N’Jie is a fantastic prospect, but at 21 will require time to settle into a new club and new footballing culture. Dele Alli comes under the same bracket, and is two years N’Jie’s junior.

In many ways Pochettino is fighting a losing battle. Liverpool’s Alberto Moreno recently described how Liverpool might struggle to finish in the top four due to the budgets of those around them, and Brendan Rodgers has spent more money than any other manager in the world this summer. The more consideration you give it (and yes, we know that’s not a kneejerk reaction), the more it feels like Spurs are playing for sixth. That just makes me feel a bit flat.

4) City’s team bursting with renaissance men
We have spoken many, many times about our sexy love for David Silva, Sergio Aguero and Yaya Toure, and it looks like Raheem Sterling will fit snuggly into such company. But it is too easy to simply put Manchester City’s wonderful start down to them.

Instead, one must look to the fringes of the squad, and Manuel Pellegrini’s renaissance men. Although you could argue for Aguero’s inclusion on the podium, three of City’s best performers against Chelsea on Sunday were Aleksandar Kolarov, Bacary Sagna and Fernandinho. They were a trio of sorry under-performers last season.

With those three in form, City’s squad suddenly has unforeseen strength in depth. Clichy can compete with Kolarov at left-back, Pablo Zabaleta with Sagna on the other flank and Fabian Delph with Fernandinho in central midfield. Add in Wilfried Bony and Samir Nasri, and suddenly Pellegrini has a full bench of useful options. Some of their rivals are sadly lacking in that department.

3) Cech not enough to bridge the gap
It was the sound of the summer, cogs turning and machines whirring at a volume that made you think you were sat in Charles Babbage’s lounge. Just how many points would Petr Cech be worth to Arsenal?

Cech is a wonderful goalkeeper, but this was all very silly indeed. David Ospina far from disgraced himself last season, and very few Arsenal fans questioned in May would have picked out that position as their summer priority. The signing of Chelsea’s No. 2 goalkeeper was a great coup, but Arsene Wenger has effectively wrapped him up in tinfoil and waved him above his head. “Look at this lovely shiny new thing. No, don’t look at the strikers or central midfield. Look at this lovely shiny thing instead. See how it shines.”

Sarah Winterburn received the sharp ends of many Arsenal tongues for her expressed disappointment that Wenger had been so conservative with his summer business, with many reminding her that seven weeks of the transfer window remained. Well, we’re now down to two weeks. I’m still looking forward to getting an Arsenal shirt with ‘Cohesion’ on the back.

2) Defending the title continues to prove tough
In Winners and Losers on Monday I remarked on the slump suffered by recent Premier League champions. Manchester City fell from 89 points in 2012 to 78 the following season, with Manchester United dropping from 89 points to 64 points the following season. Manchester City again fell from 86 points to 79 last season after winning the league. Chelsea are just the next on the production line of disappointment.

This is not a new problem, either. Jose Mourinho and Alex Ferguson are the only two managers to have retained the title in the last 30 years. Clubs become blinded by their own success, squads overestimated by what has gone before rather than judged on what is next to come. Complacency has become a sin amongst the Premier League elite, and the cliché rings true: Standing still really is moving backwards.

On current evidence, Chelsea will do well to escape the clutches of the disease. The arrival of a reserve striker and reserve goalkeeper was never going to provide a meaningful shot in the arm, and Mourinho must now plead for further reinforcements. The concern is that their rivals have already stolen a meaningful march.

1) Rooney is on the wane
After being assigned the role of Manchester United line-leader by Louis van Gaal, Rooney has failed to register a shot on target in either of his first two matches, continuing a trend from last season: In only one league game in 2015 has Rooney managed more than one shot on target. That’s a devastating statistic for a player tasked with scoring the goals to mount a title challenge. Perhaps this isn’t even kneejerk after all.

While Rooney still looks comfortable when playing at Old Trafford, his form away from home is nothing short of miserable. Since scoring both goals at West Ham’s Boleyn Ground in March 2014, Rooney’s league record on the road reads one goal in 20 games. It’s six club goals in total in all competitions in 2015.

The old cliché is that a striker’s worries only begin when the chances dry up, not the goals. In Rooney’s case it’s both. Whether it is fatigue, old age (Rooney has played close to 650 career games), poor preparation or disinterest, Van Gaal needs to hit upon a solution very soon indeed.