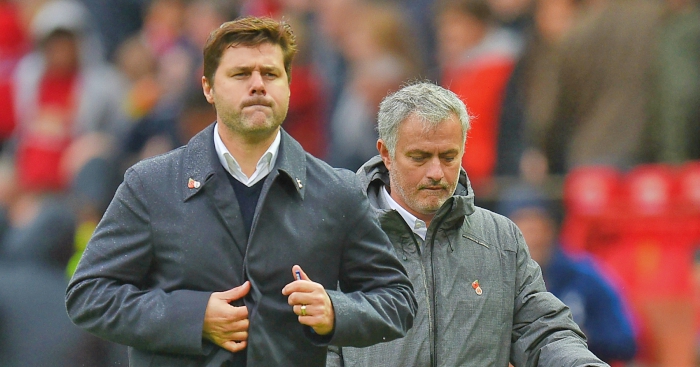 Last year we pretty much nailed it…

10) English managers will continue to die out
“The Premier League is the foreign league in England now. It is a real shame that we are highly educated, highly talented coaches now with nowhere to go. I think you are almost deemed as second class because it is your country.”

A little over a month after telling Doha-based beIN SPORTS of the dreadful influx of foreigners terking er jerbs back home, Sam Allardyce was appointed manager of Everton. At that stage, in November 2017, there were nine British or Irish managers in the Premier League, of which six were English.

His comments couldn’t have been less prescient, coming at a time when the “second-class” citizen was enjoying something of a renaissance. Panicking clubs had more money for old ropey managers than ever before, meaning Allardyce, Roy Hodgson, Mark Hughes, Paul Lambert, David Moyes, Craig Shakespeare, Tony Pulis and Alan Pardew all somehow managed a Premier League club in the same season.

There are currently four English managers in the top flight, in charge of the teams in 12th, 14th, 16th and 18th respectively. At least one of Hodgson, Neil Warnock and Sean Dyche will surely be relegated, and the top two managers in the Championship are Argentinean and German. Which is just terrible for English football.

The lowest number of English managers in the Premier League at any one time was three – at the end of the 2016/17 season, when Dyche, Allardyce and Eddie Howe were the last of a dying breed. That will be matched, if not surpassed, at some point this year.

9) England will have another memorable year
If 2018 was the year football came home, 2019 could be the year it puts its feet up, asserts ownership of the remote control and really makes itself feel comfortable. The World Cup was the starter, main course and dessert; this summer might well be the cheeseboard and fine wine.

There is the Nations League in June, when England should fear none of the Netherlands, Portugal or Switzerland en-route to what would be a genuinely impressive major tournament win. That coincides with the start of the Women’s World Cup in France, with Phil Neville’s side inserted as fourth-favourites. Completing the set are the under-21 Euros, where Aidy Boothroyd’s talented group have a fine chance of dethroning reigning champions Germany in Italy and San Marino.

With a handful of other youth championships to come in both the men’s and women’s games, England have their fingers in numerous pies this year. The feel-good factor engendered in Russia last summer will only continue.

8) Jose Mourinho will take his first year out of management this century
Ever since he first dipped his toes into the managerial waters, Jose Mourinho has barely taken time to dry off. The Portuguese has been officially out of work for just 30 months this century, barely taking a moment to breathe between his eight coaching jobs.

Mourinho has been in football in some capacity without any meaningful time out since the early 1990s, starting as a youth-team coach in Portugal before moving into scouting, then as a translator for Bobby Robson. He served as his assistant, then Louis van Gaal’s, until he felt confident enough to fly the coop. He took over at Benfica in September 2000, and has been a manager and has managed in every year since.

It might finally be time to take a break. Mourinho has previously sneered at the idea, saying “it’s unthinkable to take a sabbatical” when asked about Pep Guardiola’s plans to do just that in April 2012. “He is younger than me but I’m not tired.”

That nine-month gap that Mourinho “didn’t enjoy” from his first Chelsea sacking in September 2007 to his appointment at Inter Milan in June 2008 was his longest spell out of management since he began – a pregnant pause of sorts. But his stance has surely softened.

The 55-year-old has previously considered taking a sabbatical as a sign of weakness, an admission of defeat. It is anything but. It would give him a chance to recharge his batteries and allow his bruised ego and aura to recover. It would be a mistake to leap into the next job immediately; a well-earned break would rebuild his mystique and refresh his tired approach upon his return.

7) Eden Hazard will leave Chelsea
For a man who turns 28 next week, Eden Hazard might consider his time atop football’s mountain to be ticking away. Even a player so supremely brilliant cannot resist the ravages of time for long, and the pace and skill he relies upon will gradually fade. He regularly discusses his “dream” of joining Real Madrid, but is in danger of missing the chance to make it a reality.

If he still considers Spain his ideal destination, the pieces are finally falling into place. His Chelsea contract expires in 2020, and the club have fallen further behind the Premier League’s best this season. As for Real, they will be eager to bring in a marquee signing after settling for a load of budget camping tents over the past few years. They have not spent £40m or more on any one player since summer 2014; Everton have done so twice. And with just 24 goals in 16 La Liga games this season, they need a spark in attack. Expect Sergio Ramos and Florentino Perez to flutter their collective eyelashes more ferociously than ever.

6) Manchester City will spend the most money
Things were far simpler for Pep Guardiola in the summer. He had conquered the Premier League, signed a new Manchester City contract and played golf with Tommy Fleetwood. So when asked about Liverpool’s rampant investment, he was hardly in a position to be judgemental. “I understand the money completely,” he said. “Liverpool believe they need these players and spend this money so I’m not judging what they’re doing.”

Nor should he have. Liverpool spent the most money of any Premier League side in 2018 (£240m), and have been reaping the rewards ever since. A Champions League final place is enough to turn a blue City green with envy, while Jurgen Klopp’s side are threatening to emulate their ridiculous achievements from last season.

Guardiola will not allow history to repeat itself. City did not exactly tighten the purse strings last year, breaking their club transfer record twice with Aymeric Laporte and Riyad Mahrez. But Liverpool were ruthless in upgrading certain parts of a successful squad. City, with a spine that still contains four players over the age of 30, must follow suit – and it will come at a similar cost.

5) Arsenal will win a first European trophy since 1994
Let the records show that Unai Emery would both have his cake and eat it if offered. When asked in September which Champions League route he would prefer out of winning the Europa League and finishing in the top four, the Spaniard replied: “I want both.”

So far, so good. Arsenal are two points behind fourth-placed Chelsea, who they host at the Emirates Stadium later this month. And they are unbeaten in the Europa League – a competition in which Emery has a remarkable record. He has won it three times, never failing to advance to the quarter-finals at least. With that knowledge and that strikeforce, they stand a fine chance of winning their first European trophy since the 1994 Cup Winners’ Cup.

4) Tottenham will stave off the exodus one final time
In 2018 alone, Tottenham extended the contracts of Harry Kane, Dele Alli, Davinson Sanchez, Toby Alderweireld, Erik Lamela, Harry Winks, Son Heung-min, Kyle Walker-Peters (twice), Cameron Carter-Vickers, Josh Onomah and, by far most importantly, Michel Vorm. With Mauricio Pochettino rejecting interest from afar to improve his own deal in May, Daniel Levy has taken out more insurance policies than a murderous husband.

“Some of the players who have also signed, I think you can see that we all want to be a part of this journey together,” said Alli of his six-year deal in November, and Tottenham are most certainly coming towards a crossroads. These players and this manager could achieve phenomenal things as a group, but every great side has a limited lifespan. Sooner or later, some will find the temptation of a different challenge impossible to resist.

For now, the house of cards will remain intact. Tottenham are continuing to progress season upon season, and will retain their core nucleus until that is no longer the case. Champions League knock-out football, a brilliant Premier League run and a new stadium is more than enough to satisfy everyone’s needs. Manchester United, Real Madrid and the other vultures will have to wait a little longer.

3) Jurgen Klopp will deliver on his first Liverpool promise
“If we sit here in four years I think we’ll have won one title – I’m pretty sure. If not, the next one may be in Switzerland.” It was the most noteworthy line from Jurgen Klopp’s first Liverpool press conference, and one that bears greater relevance than ever in the second half of this season. The Reds must win silverware within the next nine months to spare their manager the ignominy of a four-year trophyless spell.

It would be no disaster. Klopp has built an incredible side at Anfield and deserves credit for that, with or without anything tangible to show for it. And he has led the club to three finals already. But it is time to finally close the deal, and there is absolutely no excuse not to: they are in control of their Premier League destiny, with Champions League and FA Cup safety nets to fall back on.

Our top ten predictions for both 2017 and 2018 foresaw Liverpool being the best team not to win a trophy. This is the year the ghosts of Rafael Benitez’s rant, Steven Gerrard’s slip and Jon Flanagan’s erection are exorcised.

2) Bournemouth will be dragged into a relegation battle
As Tom Hanks once said, go big or go home. And tipping a team safely ensconced in the mid-table muddle to slip into trouble is most certainly big. But sitting in 12th place betrays Bournemouth’s current plight; they are in the most dire of all the straits right now.

They have faced Manchester United (twice), Tottenham, Liverpool, Manchester City and Arsenal in a run Eddie Howe has described as “extremely unkind”, and it clearly shows. Bournemouth were one point behind Tottenham after ten games. But no club has earned fewer points in the ten games since than the Cherries (6), with even Huddersfield out-performing them (7 points).

The losses to grander teams with more vast budgets are forgivable, but the danger is that they mask defeats to Newcastle and Wolves, as well as the fact that no club has conceded more goals since the start of November (25). One Premier League side tends to sleepwalk from apparent safety to imminent disaster in the second half of the season; Bournemouth seem ideal candidates.

1) Manchester United will be genuine title contenders again
Since Sir Alex Ferguson left in 2013, Manchester United have not lasted in a title race beyond November. David Moyes and Ryan Giggs combined to finish 22 points behind champions Manchester City, Louis van Gaal’s two seasons in charge saw that gap shortened to 17 and 15 points respectively, and Jose Mourinho gamely restored disparity by guiding United to 24 points behind Chelsea in 2017, and 19 off the pace of Manchester City 12 months later.

With this group of players, a manager capable of extracting the best out of them and the level of investment required for any possible refurbishments, United would have the necessary ingredients required for title challengers. They are not as far off as their current predicament would suggest.

The appointments of both a new head coach and director of football this summer will be key. If they get it right, United could bridge most of that gap to the top instantly. And we really are backing Ed Woodward to do precisely that.