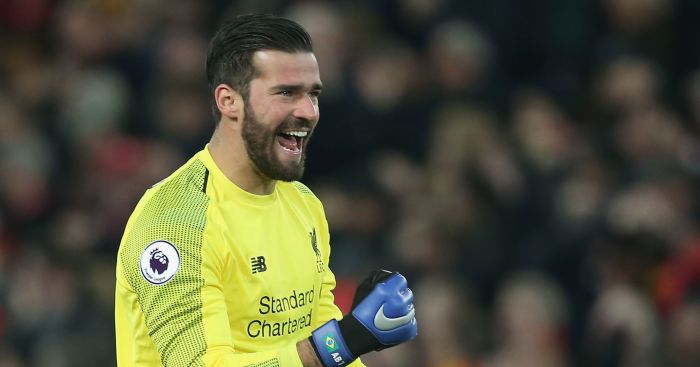 We begin our long run-up at the season in review by picking the best signings of the season.

10) Lukasz Fabianski (West Ham)
It was assumed that Jack Butland would be the best goalkeeper available on the market last summer due to Premier League relegation. But while his grip on an England back-up spot continues to loosen after a below-par Championship season with Stoke, Lukasz Fabianski only gets better with age.

He has kept as many top-flight clean sheets as Bernd Leno (5) and recorded a higher save percentage (71.8%) than David de Gea (71%) as the daunting final line of a West Ham defence whose level varies in difficulty each week. Fabianski has provided some welcome stability and calm in a position neither Joe Hart nor Adrian could hold last season.

This is nothing new for the Pole, of course. Since the start of the 2014/15 Premier League season he has made 632 saves – 163 more than second-placed De Gea (469), with Hugo Lloris in third (439). Fabianski has made more saves in each of those seasons alone than Edersonin his past two combined with Manchester City (105).

9) Lucas Digne (Everton)
It felt like Leighton Baines might never be dislodged, that his glorious sideburns, sensational free-kicks, self-taught guitar skills, impeccable music taste and friendship with the Arctic Monkeys would be a constant island in the choppy waters of Everton ridiculousness. If Bryan Oviedo could not vanquish him, who possibly stood a chance?

Lucas Digne spent two years as understudy to Jordi Alba at Barcelona, and so quite justifiably felt his time had come. After an initial and very brief struggle for the left-back spot at Goodison Park, he has since established himself as a natural successor to Baines: a solid defender and constant threat in attack. It cost Everton just £18m to sign the defender with the most key passes (56) across Europe’s top five leagues this season – he has created as many chances as Mo Salah, one more than Christian Eriksen and six more than Angel di Maria.

8) Matteo Guendouzi (Arsenal)
There are many factors that contribute to a signing’s success. Their effect on the actual team is the first and most obvious, but their price, age, sell-on value and circumstances before their arrival must all be considered. So Matteo Guendouzi might have no goals or assists in 26 Premier League appearances, but that rather ignores his stratospheric and seamless rise from unknown teenager in France’s second division to regular starter for one of England’s biggest clubs.

The midfielder had played just eight Ligue Un games and 18 matches in Ligue 2 before being plucked from the frying pan by Arsenal last summer and thrust into the fire against Manchester City and Chelsea in the opening two fixtures. That he was one of few players to emerge with credit from such examinations was testament to a youthful exuberance that has been masterfully harnessed through experience. He even winds Dimitar Berbatov up, which is no mean feat.

Lucas Torreira and Sokratis have been equally effective, but were obvious solutions to long-standing problems, whereas Guendouzi has exceeded all expectations. Arsenal spent just £7m on a player PSG were reported to want back for £60m in February. As much as that says about the absurdity of the transfer market, it also represents significant reward on what was a minimal risk. Guendouzi is a teenager for another fortnight, is contracted to north London for three more years and will only continue to build on what are already solid foundations.

7) Richarlison (Everton)
“I think that’s what’s spoiled the window if I’m being perfectly honest,” said Paul Merson of “the problem” that Everton created for the entire football world in August. Quite how someone signing Richarlison for £35m forced Manchester City into buying a £60m reserve is beyond you or I, never mind how it made Fulham literally bring a Football Manager regen to life in André-Frank Zambo just to spend a reported £30m on him. But oh well.

Four goals in his first six games helped alleviate the pressure, but the key for Richarlison is that he has managed to maintain decent form throughout the season. No new signing has more than his 12 goals, and he has not gone longer than five Premier League games without scoring, compared to the six months he went without a goal or assist at Watford last campaign.

Gylfi Sigurdsson (19) and Dominic Calvert-Lewin (16) are the only players to score more goals for Everton than Richarlison (13) since Romelu Lukaku left in the summer of 2017, and they have both had a season’s head start on the forward. He might be their long-awaited answer to the Belgian at less than half the price they sold him for.

6) James Maddison (Leicester City)
With the exception of Leon Clarke, every member of the 2017/18 Championship Team of the Year has played in the Premier League this season. Six of those players came up with Wolves, Cardiff or Fulham and have remained an important part of their side, while Ryan Fredericks, Bobby Reid and Matej Vydra all earned individual promotions in the subsequent summer transfer window.

James Maddison has surpassed almost all of them, with only Ruben Neves coming as close to translating Championship dominance to Premier League excellence. But while the latter is a Portugal international and the youngest ever Champions League captain, the former’s only previous top-flight experience before this season was a three-month loan spell with Aberdeen in the Scottish Premiership.

The 22-year-old has taken to the Premier League so effectively that he has created more chances (89) than every player but Memphis Depay (90) across Europe’s top five leagues in 2018/19. Leicester’s £20m investment already looks to be something of a bargain.

5) Salomon Rondon (Newcastle United)
For an insight into the importance of Salomon Rondon to the Newcastle cause, just inspect their record without him. They have drawn three and lost five of the eight Premier League games he has not started, scoring just four goals in that time. It even required a penalty shoot-out to get past Championship Blackburn without their battering ram forward in the FA Cup, and he scored Newcastle’s only goal of their League Cup defeat to Nottingham Forest as a second-half substitute.

The Magpies’ last Premier League win without Rondon came on the final day of last season when he was leading the West Brom line, but he has found something approaching a natural home at St James’ Park.

Whether Rafael Benitez will be permitted to spend eight figures on a striker who turns 30 in September to make his move permanent in the summer is another matter. Jurgen Klopp’s best mate can be content with his part in trying to earn that deal.

4) Raul Jimenez (Wolves)
A rather neat ten players have scored or assisted a combined 18 Premier League goals this season. Arsenal, Liverpool and Manchester City account for two each, while Chelsea, Manchester United and Tottenham all have one. Raul Jimenez is the exceptional exception to the Big Six rule.

It feels more than a little harsh that just a couple of months ago Wolves were openly pursuing – and being reportedly rejected by – Tammy Abraham. As good as the 21-year-old is, it is difficult to envisage him having the same impact as Jimenez, whose loan is expected to be made permanent in the summer.

And with good reason. The Mexican is punching furiously below his weight with a team hardly renowned for its goalscoring prowess. A further three goals in a memorable FA Cup run has seen Jimenez scoff at the idea of needing to acclimatise to The Most Difficult And Bestest League In The World 4eva. If anything, defences ought to get used to him.

3) Ben Foster (Watford)
Only Liverpool and Everton have enhanced their defensive record more than Watford since last season. While the league leaders and their Merseyside rivals have conceded 16 and 11 fewer goals respectively compared to this stage in 2017/18, the Hornets have conceded 46 goals after 31 Premier League games after being breached 55 times by this point last campaign.

The secret to Javi Gracia’s success was to swap 37-year-old regular Heurelho Gomes for Ben Foster, who turns 36 on Wednesday and had just been relegated with West Brom. So Butland wasn’t even the second–best keeper to drop into the Championship in May.

If Gomes, Gary Lineker, Alan Shearer and Jermaine Jenas are to be believed, Foster remains England’s most consistent keeper long after international retirement. In a world where clubs are spending upwards of £50m on goalkeepers, Watford signed one of the most reliable for a fraction of that.

2) David Brooks (Bournemouth)
“He obviously hadn’t played a great deal at the back end of last season due to glandular fever and he had to recover from that period, which is probably why we were able to sign him,” said Eddie Howe of David Brooks in December. “If he’d carried on playing and stayed fit he probably would have gone beyond us.”

There is no “probably” about it. As a 20-year-old British player, Brooks was already a coveted commodity. Two goals and three assists in five Championship starts for Sheffield United by early December only boosted his stock before an enforced three-month absence saw the fickle world of football forget.

Bournemouth benefited and were pretty much unopposed in signing Brooks for £11.5m. It was a calculated gamble but one that has paid off for Howe, with the versatile midfielder scoring six goals and assisting four in his second season of regular first-team football at any level. After barely making a splash during a loan in the National League in August 2015, he has dived headfirst into the Premier League.

1) Alisson (Liverpool)
Liverpool moved the goalposts in the summer and Alisson has ably tended to them ever since. Money might not be able to buy happiness, but it can purchase the world’s most expensive goalkeeper to go alongside its centre-half equivalent.

Alisson soon dropped that title but has held onto most other things that have crossed his path this season. The Brazilian does have the uncanny ability to exude calm while engendering panic at certain moments, such is his limitless and often dangerous composure on the ball. Yet he has been the league’s best keeper by most worthwhile metrics. He has conceded the fewest goals, has the highest save percentage and has kept the most clean sheets.

With six games remaining Alisson has 17 shut-outs to his name. David de Gea joined Manchester United in 2011 and has only recorded more in a single season once; David James ranks second overall for clean sheets in Premier League history, yet never kept more than 17 in one campaign.

As easy as it is to attribute Liverpool’s defensive improvement entirely to Virgil van Dijk, credit must be apportioned. Jurgen Klopp oversaw one of the biggest upgrades in Premier League history and is still reaping the benefits.