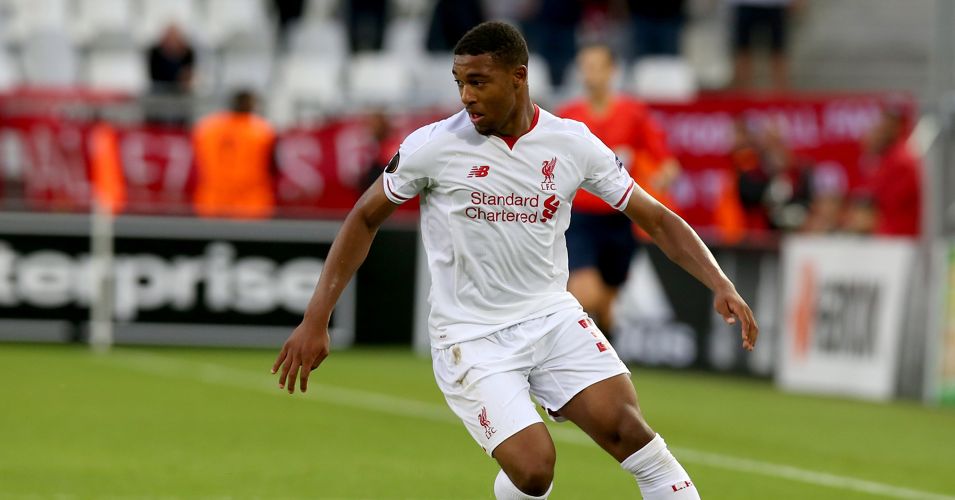 There are some lovely young things in the Premier League. We name the best. We’re going on current ability, not that it will calm down your ire…

10) Reece Oxford (West Ham)
The youngest member of our list, deserving of his place based on 90 fabulous minutes at the Emirates on the first weekend of the season. Oxford has played just 54 league minutes since that victory, but his display in central midfield that day indicated that he has the qualities to be an enormous Premier League success.

In truth, Oxford probably needs a loan move to gain vital first-team football, but there is no rush even on that front. Making your Premier League debut four months before you even turn 17 leaves plenty of time for patience, and West Ham will make sure their star walks before he needs to run. He was born after Believe by Cher got to No. 1, for goodness sake.

9) Rolando Aarons (Newcastle United)
The constant reminder is that nothing can be read into pre-season form, but then a 19-year-old kid scores these two goals in the same game and I want to believe it means everything. We have been told by those in the know on Tyneside that Aarons is the business for two years – now we just need him to get a chance.

In a team that has contained Gabriel Obertan on multiple occasions this season, it’s surely time to give Aarons a go? He’s quick, he’s skillful and he’ll cause defenders headaches. Of course he’s still raw, but given Newcastle’s unwatchable attacking play this season it must be worth rolling the dice.

“It’s still a dream for me to playing for Newcastle,” is the youngster’s mature reaction to his lack of minutes, but his club will be acutely aware that his contract is running out. Both Arsenal and Manchester City are thought to retain an interest.

Not only that, Kenedy came on as a substitute against Crystal Palace, although bizarrely in a left-back position which is far from his forte. That earned praise from Mourinho, who called him a “beautiful young egg”. I’ve never heard anything so creepy.

Developed by Fluminese, Kenedy was his country’s top scorer at the U17 South American Championships and had played 40 league games in Brazil, although only 14 were starts. We remain cynical of his ability to avoid the Chelsea loan merry-go-round.

7) Joe Gomez (Liverpool)
It’s been quite the few months for Joe Gomez. In early June, he had just finished his first season as a professional, starting 16 league games as a centre-back for Charlton in the Championship. Four months later and he has moved to Liverpool for £3.5m, made five Premier League starts at left-back and made his first appearances for the England Under-21 team.

Left out of the side by Brendan Rodgers for the 1-1 draw against Norwich, now might be a good time for Gomez to catch his breath away from the glare of the spotlight. It will also allow him to impress Liverpool’s coaches in a central defensive role, a position he prefers.

“At the end of the day I see myself as a centre-back and in years to come that is where I hope to play,” said Gomez on September 4. “At the moment I just have to learn and be grateful to play where I can and use it as a stepping-stone to be the best centre-back I can be.”

Level-headed and humble, we say good luck to him.

6) Brendan Galloway (Everton)
One Merseyside stand-in left-back pips another. If the injury sustained by Leighton Baines in pre-season threatened to ruin Everton’s ambitions, those fears have been allayed by the emergence of Galloway. The 19-year-old has played 376 of Everton’s 540 league minutes, starting in victories over Southampton and Chelsea.

Galloway moved to Goodison in 2014 from MK Dons, where he became the youngest player in the club’s history when making his debut at 15 in the FA Cup. Born in Zimbabwe and moving to the UK at the age of six, he signed a five-year contract upon joining Everton in August last year. His rapid rise is illustrated by the apparent willingness of the club to already offer improved terms.

Galloway’s impressive performances deserve all the more praise when you consider that left-back is not even his strongest position. I’m getting excited about this one.

5) Jordon Ibe (Liverpool)
One of the weird inequalities of Liverpool’s squad is that Brendan Rodgers has somehow spent a great deal of money on a group of players that now only includes one traditional winger. Rodgers’ decision to loan out £20m signing Lazar Markovic and keep Ibe rather than vice versa is a huge compliment to a player almost two years Markovic’s junior.

“You see how exciting he is, but he still has a lot of potential and work to do. He’s one that certainly will feature heavily this year,” said Rodgers in July. “He’s definitely a player that we want to really create into a top-class performer.”

Until now Liverpool have held back Ibe in the Premier League, but with their attacking build-up becoming more sluggish with each passing week, now might be the time to release him again.

4) Andreas Pereira (Manchester United)
Pereira features high in this list despite playing just 13 minutes of Premier League football, but if there was one position for a young player to thrive in Manchester United’s current team, it is in the No. 10 role. Pereira has an advantage over Wayne Rooney in that he does not play as if weighed down by 5kg of mashed potato.

Voted as United’s Under-21 Player of the Year last season, Pereira scored in the pre-season victory over San Jose Earthquakes, but has not yet been trusted to impress Louis van Gaal at first-team level. His creation of chances and ability to shield the ball from opponents have both been impressive at international level, with Brazil beating Belgium in the battle for his services.

Backed by both Marouane Fellaini and Adnan Janzaj to achieve great things at Old Trafford, we await his first minutes of this season with great anticipation.

3) Ruben Loftus-Cheek (Chelsea)
It does not seem a fallacy to suggest that at many Premier League clubs, Ruben Loftus-Cheek would already be a fixture. Turning 20 in January, he is one of the oldest on this list and yet has just 150 minutes of league football in his career.

“I play many times players of 18 or 19 and when many of them played their first match it was a big one,” said Mourinho last week in defence of his youth policy, but also insisted that Loftus-Cheek is not yet ready. “He’s very confident, very good self esteem, wants to play and is not afraid of anything. He’s not ready from the tactical point of view. The tactical point of view is where to keep working, improving.”

Sometimes the pitch is the best place to learn.

2) Dele Alli (Tottenham)
I’ve just looked down this list and realised that seven of them qualify to play for England, which means that we are definitely going to win World Cup 2022, just so long as Qatar suffers an extraordinary cold snap.

The highest-placed Englishman is Alli, who has taken to Premier League life with astonishing ease following his move from MK Dons this summer. After beginning the first three league games on the Tottenham bench, Pochettino started the 19-year-old against Sunderland, Qarabag and Crystal Palace. Cue their first three wins of the season.

Against Palace on Sunday, Alli was exceptional. Playing in a reserved role behind Nacer Chadli, Heung-Min Son and Erik Lamela, he still managed to have four shots and create two chances, also making more passes in the opposition half than any other Spurs player. More interceptions than any of his team-mates and 13 more touches of the ball than any other player on the pitch indicates the his confidence; this is no shrinking violet.

‘I think Alli in pre-season started to show that he can play like an experienced player,’ said Pochettino after the Europa League victory over Qarabag, and he reinforced that praise on Sunday. “He showed personality and quality. He is a player who can play in the first team.”

1) Anthony Martial (Manchester United)
If you’re looking for a reason to insist that everyone calms the f**k down about the impact Martial has already had, you could remind them that Federico Macheda also scored in his opening two Premier League games for Manchester United. Macheda scored six times in 21 appearances for Cardiff in the Championship last season.

However, trying to curb the enthusiasm surrounding a young striker is both an impossible and joyless task. Jack Lang wrote an excellent piece about the enjoyment to be taken out of a young player aiming to take his place amongst the elite, and that rings true.

Of course we need to be patient, but so too must we note the importance of such a wonderful start in English football. In the homogenous arena of modern football, in which genuine surprises are at a premium, there is something deeply brilliant about a teenager making us all look like fools. Everyone but Virgil van Dijk must agree.