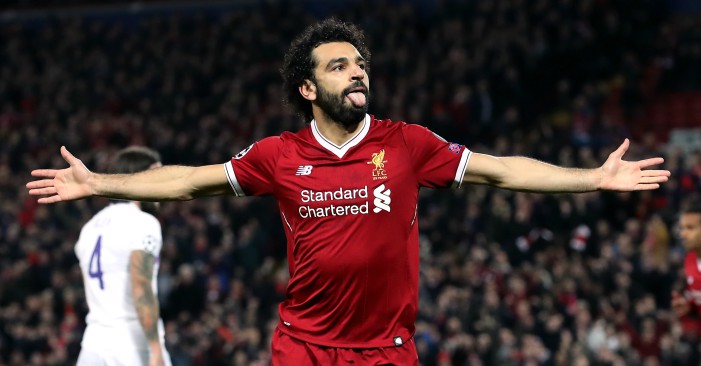 We begin our long run-up at the season in review by picking the best signings of the season. Well, obviously it’s him…

10) Nathan Ake (Bournemouth)
Before 2015, Bournemouth had never spent more than £3m on a player. Yet with surprise Premier League consolidation comes increased transfer budgets, and player recruitment was long considered to be Eddie Howe’s managerial blindspot.

Ake might change all that. It may have cost Bournemouth £20m – a club record – to sign the central defender from Chelsea, but it was also money damn well spent. Given Antonio Conte’s decision to move David Luiz and Gary Cahill from regular first-team duties, it’s worth asking whether Chelsea dropped a b*llock in letting him go on a permanent deal.

“He’s been very important this season, I think Nathan has been a model of consistency, great character, great temperament, he trains very well every day, he’s got that ability and that mentality to want to be at his best, whether that’s five-a side or a training drill,” said Howe last month. But apart from all that?

Arnautovic is the exception. His time at the London Stadium started badly, but since the arrival of David Moyes, and a move to a central forward role, the Austrian has been West Ham’s talisman. His nine goals and three assists in the league are the only thing stopping this team already being relegated to the Championship.

Also, the fee was only £20m from a fellow Premier League club. In the current climate, that’s a bloody steal. Meanwhile, Stoke’s top goalscorer has just seven in the league.

8) Davinson Sanchez (Tottenham)
Mauricio Pochettino had to be sure. Daniel Levy had never spent more than £30m on a player, so when Tottenham’s manager wanted to sign a £42m central defender with one season of experience in European football, Levy was taking a giant leap of faith.

Sanchez would not have expected to start many games, either. Even if Tottenham played with a back three, they had Jan Vertonghen, Toby Alderweireld, Eric Dier and Ben Davies who could play in that position. Sanchez could be gently eased into English football.

Not a bit of it. Only two players younger than Sanchez have started more than 20 league games this season, but it is the Colombian’s maturity in reading the game that is most striking. Tottenham have bought themselves a Rolls Royce of a player.

7) Andrew Robertson (Liverpool)
There’s another Liverpool signing who features far higher up this list, but Robertson deserves not to be overlooked. There were confused looks when Liverpool chose to spend just £8m and sign a relegated player to be their first-choice left-back, and those frowns hardly disappeared as Robertson struggled to replace the maligned Alberto Moreno.

Yet Robertson is used to fighting for relevance. He was released by Celtic as a teenager and worked his way back up to the Scottish Premier League. Having waited for a run in the team at Anfield, Moreno’s injury opened a door that has been propped open wide ever since.

Robertson is Liverpool’s first left-back since John Arne Riise whose attacking endeavour is matched by actual defensive resilience. This is the defender who was linked with a £15m move to Manchester United in 2016. He’s already worth at least three times what Liverpool paid for him.

6) Nemanja Matic (Manchester United)
Jose Mourinho’s perfect teacher’s pet, who tells tales on the naughty kids, always hands in his homework and brings in a shiny Granny Smith each morning. If Chelsea agreeing to sell Matic was surprising, letting him join a Premier League club managed by his No. 1 fan was outright negligence.

This has not been Matic’s perfect season, but he has still been United’s best defensive outfield player. His shielding job in front of a central defence that has often been without first-choice members has allowed Jose Mourinho’s team to boast the second stingiest defence in the league. It’s hardly his fault that those in front of him have been stymied by the manager’s tactics.

When Mourinho criticised his players after the FA Cup victory over Brighton, there was one notable exception. “Matic was an island of personality and desire and control,” he said. That sounds like something from a William Blake love poem, for goodness sake.

5) Kyle Walker (Manchester City)
One of the issues with labelling Pep Guardiola as a chequebook manager is that so many of his purchases were criticised at the time.

‘There is a critical moment in every inflationary spiral when you realise that something has gone very wrong and in our Premier League that moment came on Friday afternoon, when Manchester City paid Spurs £54m for Kyle Walker,’ wrote Oliver Holt of the Daily Mail. ‘That was the moment we all knew the Premier League had lost its mind.’ ‘Even within football’s gilded bubble this is a deal that stands out,’ wrote the excellent Jonathan Wilson for the Guardian.

But this is what Guardiola does. He buys players at premium prices, but turns them into premium players. And, at a time when football clubs have more money than ever before, that’s the remit of the elite manager. Walker is now probably the best right-back in the world, and has improved his overall game to such an extent that he can look comfortable in central defence or central midfield.

4) Harry Maguire (Leicester City)
As Hull City languish in the lower reaches of the Championship and rely on parachute payments to balance the books while still not safe from consecutive relegations, they might well wonder how on earth they managed to only recoup £25m for two of the stand-out defenders in the Premier League this season.

If Robertson has improved at Liverpool, Maguire has been excellent from minute one at Leicester. It is a testament to how quickly the transfer market norm shifted that when he left Hull in June it was viewed by some as a ‘game’s gone’ line in the sand. Six months later, Virgil van Dijk joined Liverpool for more than four times the price.

Maguire might not be the sexy choice, but he is a tremendously reliable central defender who is still aged just 25. The only doubt is whether he starts England’s first game in Russia, or is on the bench. That’s quite the improvement in fortunes.

3) Ederson (Manchester City)
Pep Guardiola was never close to losing his job at Manchester City, but his purchase of Ederson was the moment when he truly put his reputation on the line. Guardiola admitted that he had been surprised by the intensity of the Premier League, but also at how much Claudio Bravo had struggled. His response, to spend £35m on a then-uncapped Brazilian, raised plenty of eyebrows. We all watched Ederson’s early games, waiting for a mistake. If Manchester City were going to succeed, their new goalkeeper needed to succeed. His distribution and sweeper-keeper decision-making had to be spot on.

So Pep nailed this one as well. Ederson has not been the best goalkeeper in the league (that honour falls to David de Gea), but his short and long passing and proaction behind a high defensive line has prompted the biggest difference between Manchester City 2016/17 and Manchester City 2017/18.

2) Pascal Gross (Brighton)
It would be easy to say that Gross came out of left field to succeed in England, but that really isn’t true. He must surely have been on the radar of Premier League scouts after creating more chances than any other Bundesliga player last season despite playing for relegated Ingolstadt. And yet Brighton seemingly had free rein to sign him for a fee of just £3m.

Gross has continued in England where he left off in Germany. No player outside the top six has created more chances in the Premier League, and no non-top-six player has more assists either. Considering Brighton have scored just 28 goals, that is astonishing.

If that wasn’t enough, Gross is also versatile. He has started Premier League games as a regulation central midfield No. 8, a No. 10 playing behind the striker and as a false nine, but can also play out wide. And you can buy 47 of him for the price of a Philippe Coutinho and still have change to pay someone to write all those Gross, net and value puns you’ve been working on.

1) Mohamed Salah (Liverpool)
Well obviously. Possibly the greatest first season by any player at any club in Premier League history. Salah was bought as a wide forward and has become a truly world-class goalscorer, surpassing even Harry Kane in both the volume and regularity of his goals. Nobody has ever scored in more games in a Premier League season, and he still has six matches remaining.

The most ludicrous aspect of Salah’s goalscoring is how much his conversion rate has improved as the season has progressed. In his first 20 league appearances of the season, Salah scored 15 times from 75 shots, a neat 20% conversion rate that is pretty bloody impressive for a wide forward. Since then, Salah has scored 14 times from 47 shots. That is a period of truly elite finishing, and he’s also regularly creating chances.