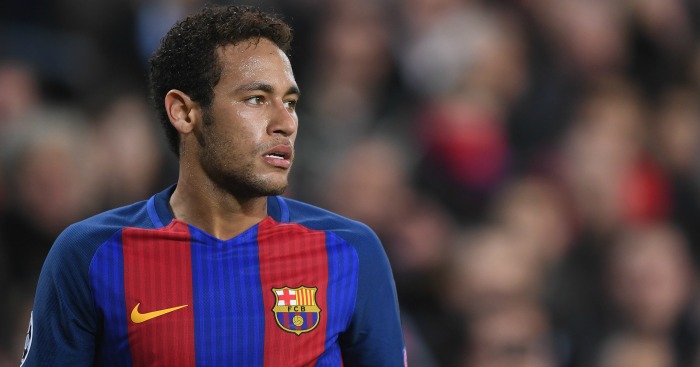 Self-explanatory, this one. What are some silly – and less silly – reasons for transfers collapsing. Yes, the cowboy boots are there…

10. Emmanuel Adebayor (Aston Villa) – A leap of faith
It’s fair to say that, during the summer transfer window 2015, Tottenham wanted to get rid of Adebayor. The striker had demanded that his contract be paid up in full if he was going to leave (that’s fair enough really, the clue is in ‘contract’) and Tottenham agreed a pay-off. The assumption was that he would join Aston Villa on a permanent deal to link up with Tim Sherwood. Of course Sherwood wanted to salute him again.

However, Adebayor pulled out the deal after taking advice from his pastor. He had already undergone his medical at Villa’s training ground and had promotional pictures taken in the shirt, but reportedly stated that he needed a sign from God that the move was right for him. God is unlikely to tell anyone to go to Aston Villa – maybe he foresaw their relegation? What’s the point in omniscience if you aren’t going to use it to predict football results?

9. David de Gea (Real Madrid) – NOT a fax machine
There are plenty of football myths: ‘The Special One’, Ian “like playing in another country” Rush, Manchester United’s grey shirt debacle ending 6-3 are three. Another is that De Gea’s move to Real Madrid was scuppered by the travails of a pesky fax machine.

In fact, FIFA use an online ‘TMS’ system for transfer registration, with clubs responsible for training up employees on the system. Most likely is that Manchester United were tardy – deliberately or otherwise – in registering details of De Gea’s move on FIFA’s TMS system. That was certainly the explanation given by Real Madrid the following day.

The intention of TMS is to increase transparency in a system and process that can often seem deliberately subterfuge. If it normally achieves that aim, the De Gea failed transfer indicates that even the most helpful tools can be misused.

8. George Boyd (Nottingham Forest) – Eyesight
“Total disgrace, the whole thing,” Peterborough United chairman Darragh MacAnthony tweeted. “I’m devastated for George. I got a phone call off him in bits. George agreed terms with Forest and went there for a medical. He said that he passed the medical then they made him do an eye test. He’s played 300 games and scored from the halfway line the other month, but Forest say he has an eyesight problem. The whole thing stinks.”

It did stink, but it was also quite funny. Forest’s ability to cock up just about everything under the ownership of Fawaz Al-Hasawi was hugely impressive, but the Boyd failure really was special. A month after Forest pulled out of the deal accusing Boyd’s eyes of being borked, he joined Hull City and spent four of the next five seasons in the Premier League. Forest, meanwhile, were so far below Boyd that he could barely see them.

7. Loic Remy (Liverpool) – An argument over a heart condition
Players fail medicals semi-regularly, but when Liverpool pulled out of a deal to sign Remy because of a heart condition, the striker was less than happy. Remy believed that his condition was common, and was not reason to pull out of the move.

“It was not very honest from their side,’ Remy said. “I was not scared. I know exactly what I have, I met all the specialists in the world. A lot of players share the same situation as mine and Liverpool know it.”

Hindsight paints Remy’s side of the story in good light. He eventually joined Chelsea instead of Liverpool, played almost 50 games for them and was on loan at Crystal Palace last season.

“I think we got it wrong by bringing Ronaldinho in at the wrong time of year as it was raining that day he arrived at Manchester Airport. Maybe it was summer anyway but, if we’d have timed it with the right day, it could have been a different story. It would have been absolutely amazing to have him here. He’s one of the greatest players ever to play football and entertained with his skill, fun and joy.”

It sounds a little good to be true, and probably is. Ronaldinho was reportedly told by Barcelona that the team would be built around him, and they stayed true to that word. Was rain really the reason?

5. Ander Herrera (Manchester United) – ‘Fake’ lawyers
Ed Woodward might be quickly gaining goodwill from Manchester United supporters after landing Zlatan Ibrahimovic, Paul Pogba and Romelu Lukaku in the past 12 months, but we much prefer the time when Woodward was a footballing Mr Bean. If managing to pay more than Marouane Fellaini’s release clause wasn’t enough, Woodward received further criticism when he stuffed up United’s chances of signing Herrera from Athletic Bilbao.

Amidst the confusion, this is what we know: Three lawyers (Rodrigo Garcia Lucas, Alvaro Reig Gurrea and Francisco Salinas Mezquita) who work for law firm Laffer Abogados arrived at La Liga’s administrative offices to finalise the paperwork of Herrera’s move to United. United stood firm to their claim that they did not know the lawyers and had not instructed them to work on their behalf (the law firm did have a history in transfer administration).

If that wasn’t enough, United also claimed that a forged email was used earlier that summer by a selling club as proof of their interest in a player to drive up the asking price, with that player then moving to another club in a big money move. Football really is squeaky clean.

4. Neymar (Manchester City) – Mud
If the stereotype of the foreign footballer used to be of a fair weather player who wouldn’t fancy England when the winters got cold and the wind bit, Brazilian Juninho ripped up that slightly xenophobic rule book in three spells at Middlesbrough. And then Neymar coughed pointedly and wondered whether it wouldn’t be worth writing another rule book.

In 2013, Manchester City tried to to tempt Neymar from his first club Santos to England, but were told that had little chance of persuading him as Neymar believed that players were forced to wear specially tailored boots in England due to the muddy pitches. That is sensational work.

3. Frank Worthington (Liverpool) – A naughty infection
If Worthington was labelled the ultimate Playboy footballer, there is fair evidence for the claim. The story goes that Bill Shankly wanted to sign Worthington for Liverpool in the summer of 1972. He agreed personal terms at Anfield, but failed a medical for what Liverpool stated was ‘high blood pressure’ but what rumour claims was an STI.

What isn’t in doubt is that Shankly told Worthington to go to Majorca for a week to relax (‘get it treated’?) and then come back and take a second medical. Worthington did as he was told, and after a week that involved a Swedish mother and daughter, Miss Great Britain, a young Belgian lady and an ‘encounter’ on the plane to Spain, he turned up at Liverpool again. Weirdly, he failed the second medical too.

2. Gary McAllister (Nottingham Forest) – Cowboy boots
McAllister made his name and his fame at Leeds United, Coventry City and Liverpool, but his arrival at Leeds was only prompted by a classic piece of Brian Clough behaviour. Clough wanted to sign McAllister from Leicester for Nottingham Forest and a fee was agreed between the two clubs.

Yet when McAllister arrived at the City Ground to meet Clough, he made the mistake of wearing cowboy boots. That prompted Clough to ask a series of questions about McAllister’s private life that had led to his decision to make a sartorial mistake. “Who do you think you are young man? Bloody John Wayne?” is the famous Clough line. Forest promptly pulled out of the move.

1. Robert Lewandowski (Blackburn Rovers) – Ash cloud
It’s a tale as old as time. A Lancashire club managed by a gruff Brummie (the poor damsel) want a young Polish striker at Lech Poznan (Prince Charming), only to be thwarted by the eruption of the Eyjafjallajokull volcano in Iceland (I dunno, the big bad wolf?).

In 2010, Robert Lewandowski was waiting for his flight to England. Upon landing he would go to Ewood Park and meet Sam Allardyce to agree personal terms and seal a move to the Premier League. However, his plane was grounded by the resultant ash cloud from that eruption, and Borussia Dortmund took the chance to sneak in and agree a deal for Lewandowski to move to Germany.

“I met Sam Allardyce,” Lewandowski said in February. “It was in Poland after one game. I thought he was a good guy, a very good coach. He was prepared to take a young player who was something new. He was a big person but wanted to come to Poland.” He still is a big person, Robert.