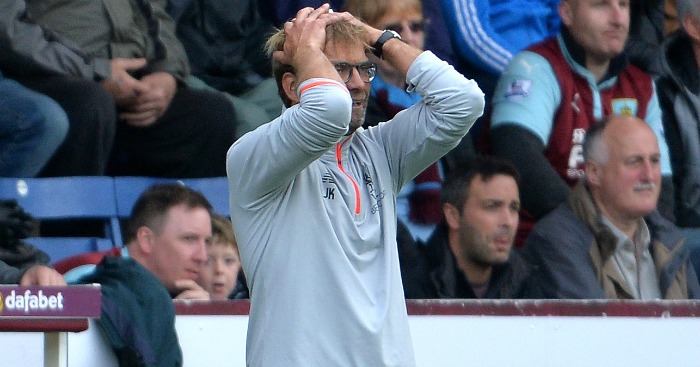 Because people like awards. Any nominations for regular categories welcome below, because there’s nothing worse than having to think for yourself…

Football League player – Oliver Burke (Nottingham Forest)
It’s probably worth mentioning that Burke is likely to receive this award on numerous occasions this season if I’m to regularly produce this feature, but I promise that the Nottingham Forest teenager does deserve it this week. Burke’s pace and strength is impressive, but it’s his composure under pressure that stands out most. Three goals in three Championship starts, and two against Wigan on Saturday.

European player – Marco Asensio (Real Madrid)
Only two players have scored in their first two competitive games for Real Madrid in the last seven years: Cristiano Ronaldo and Asensio. Not only were his first touch and dink for Real’s second goal so good that you wanted to tell your mother you intended to marry both, his all-round display on his first league start for the club was seriously impressive too. Zinedine Zidane has found a diamond.

Best goal – Cristhian Stuani (Middlesbrough)
Something wonderful about a replay showing the goalkeeper’s fingertips at full stretch but millimetres away from the ball. Not a bad way to mark your Premier League debut.

What a strike! Retweet if Stuani's screamer for #Boro was your favourite #PL goal this weekend! #Copa90GOTWhttps://t.co/DH9tdMkkmb

Best pass – Cesc Fabregas (Chelsea)
Pushed to the fringes of the squad by Antonio Conte, Fabregas showed his new manager exactly what he can do with a curled, spinning low-flying long ball that set Diego Costa on his way to score Chelsea’s winner at Watford.

Best refereeing decision – Various
Was Matthew Syed’s ‘Oooh football must learn from the Olympics’ column a wedge of tired old balls? Yes. Can we want less dissent without whacking football over the arse multiple times with ‘Olympics spirit’? Yes again. Harry Arter was not the first player to be booked for dissent under this new refereeing initiative, but he was the first to get sent off as a direct result. Stop being a plonker, then.

Worst player – Enner Valencia and Callum Wilson (West Ham and Bournemouth)
A shared award this week, for two strikers in the same game that didn’t so much stay on the fringes of Sunday’s game as stand on the concourses outside the stadium moaning about the price of the fish and chips.

Worst tactical move – Jurgen Klopp (Liverpool)
Dear Jurgen, please don’t ever pick Jordan Henderson as the only holding midfielder ever again. Certainly not when Adam Lallana likes to push forward and Georginio Wijnaldum has been proven to not play well away from home. Especially not ahead of a front three comprised of three players who are hardly likely to muck in back in midfield. We suspect Klopp has learned that hard lesson.

Dick move
“What matters to me is when you have a club with 600 employees you have the money to pay them at the end of the month” – Arsene Wenger.

Best quote
“Look, I get sick to death by this. We play one bad half and we are all s**t and can’t play and the manager can’t play. It’s ‘get somebody who cares’, and I’m a boring c***. That’s what somebody called me last week I wish they’d call it to my face on our own because his pint of lager, he’d have been wearing it, let me tell you.

“I heard the comments, but if that’s what they think about me and my team then they are sadly mistaken. I’m not having that. I’m not having that all of a sudden we are great this week. No. We’ve got Preston on Saturday and, because they’ve not had a great start, everyone will be expecting us to win. After that we’ll all be great guys again. Do me a favour. Let’s all be consistent about it. It really does irk me that. Up and down like a bloody fiddler’s elbow. I’m alright one week and I’m not the next. Generally I’m fairly consistent myself” – Ipswich manager Mick McCarthy. He’s not happy.

Dubious use of social media

Oops my bad lol Yes I signed for cpfc and not burnley. Sorry for the little mistake the person that manages my Twitter got a little confused

Enjoyable chant
Manchester City supporters may have adapted the Dave Clark Five song ‘Glad All Over’ from Crystal Palace’s own version of the chant, but it works a treat with ‘Guardiola’. Even Manchester City’s new manager expressed his love for the ditty.

Zlatan Ibrahimovic has lost fewer league games since 2006/07 than Aston Villa did in the 2015/16 season.

Important clarification – Wesley Lopes
The Brazilian striker, who has played in Spain, Portugal and Romania among other countries, was forced to release a statement refuting claims that he had died.

“I heard that somebody killed me. What a joke!” Lopes said. “I am better and healthier than ever. Even now I am with my wife and my son and we feel good. I do not know where this bad news came from. I think someone wanted to make a joke. Calm down! Wesley’s got long to live.”