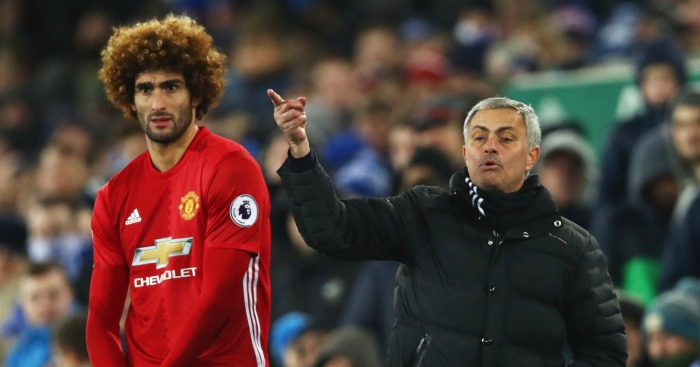 Premier League player – Ryan Fraser (Bournemouth)
When Ryan Fraser was brought on by Bournemouth in the 55th minute on Sunday, Liverpool led 2-0. Within a minute he won a penalty with his first touch. He would go on to score a goal and assist another in a quite phenomenal substitute display.

Football League player – Alex Pritchard (Norwich)
From one 5ft 4in match-winner reaching new heights to a relative giant raising the bar at 5ft 6in, Alex Pritchard inspired Norwich to a 5-0 win over Brentford on Saturday. It was a crucial victory for the Canaries, who had suffered five consecutive Championship defeats.

Against former club Brentford, the 23-year-old demonstrated why a relegated club felt it necessary to part with £8million to sign him in the summer. He scored one, assisted another, and reminded us all that Tony Pulis afforded him a whole 62 minutes of Premier League football at West Brom last season.

Narrowly missing out on the award was teammate Thomas Lemar, who assisted two goals and scored one. The decision was 50/50, and It’s Not That Easy to choose between the pair, but it Feels Right. If There’s Any Justice, the winger will bounce back from the disappointment and realise that it’s Time To Grow.

Best goal – Alexis Sanchez (Arsenal)
For fear of restraining orders and other legal wranglings, I was dissuaded from choosing Alexis Sanchez as this week’s best player yet again despite his wondrous hat-trick against West Ham. But the Chilean’s third goal deserves all of the praise. It was perfect, from being slightly offside at the time of Alex Oxlade-Chamberlain’s assist, to leaving a path of treacle in his wake in order to outpace Winston Reid, to publicly shaming Darren Randolph with an ingenious dummy, to completing West Ham’s embarrassment with a deft dink into the vacated corner of the goal. You can shove your ‘world-class’ discussion up your arse; it was brilliant.

Best pass – David Luiz (Chelsea)
What a ball for Diego Costa to score. I don’t know what was better, Costa’s movement in order to offer the invitation for David Luiz to attempt the 40-yard wonder ball or the sheer audacity and precision of the pass. I suppose the movement combined with the chest trap made it for me.

The last time I saw a centre-back put a centre forward in on goal so well or so deliberately was Bobby Moore in the World Cup final in 1966. It was just masterful. As a former player I saw defenders try something like that but seldom did it work.

I even played with defenders who would not have given a moment’s thought to attempting such an adventurous manoeuvre for fear of ridicule. That was left to the midfield players – providing you had one that could pass, of course.

Best save – Jordan Pickford (Sunderland)
David de Gea made a number of decent saves against Everton, while Darren Randolph did his level best to spare West Ham the ignominy of having to count Arsenal’s goal tally on two hands. Ben Foster was also crucial to the West Brom cause against Watford, but it is Jordan Pickford of Sunderland who claims the award.

There were more spectacular and more sophisticated saves over the weekend, but none were quite as important and endearing as Pickford’s. With the game entering injury time and Sunderland defending a 2-1 lead against champions Leicester, the 22-year-old was called into action. Wes Morgan, presumably no longer a candidate for an England call-up, rifled a shot towards the top corner in the closing stages, with a precious three points for the hosts in imminent danger.

But the Sunderland shot-stopper was equal to it, punching it away before turning to the home fans and basking in the glory of three hard-earned points.

“The team didn’t want more defensive work, they needed more defensive work. They longed for it and wanted a clean sheet and I wasn’t going to let them down and work on attacking play or possession; I gave them what they wanted. The whole team – from our most expensive player to our youngest – were focused on getting this result.”

Rinus Michels had Total Football. Barcelona created tiki-taka. Karl Rappan invented Catenaccio. And now Alan Pardew has mastered the art of listening to his players after having his job security threatened.

Lose six consecutive Premier League matches. Have your job come under scrutiny – do these bloody owners know nothing nowadays? Realise that all your players want to concentrate on doing actual defensive work in training. Win one Premier League match. Take credit because it was you who decided to change your training methods. Textbook.

Zidane; "We'll be going to Camp Nou with a tight ringpiece…"

Someone always has to take squeaky bum time a little too far.

Third best tactical move
“We tried to press him as much and get as many shots off as possible.”

Steve Cook there, explaining how Bournemouth targeted Liverpool goalkeeper Loris Karius by taking shots. They must have been working on it all week.

“Everton is not a passing team any more like they were in the past,” the Portuguese said after watching his United side draw a fifth league match in seven. “Everton is a team that plays direct: goalkeeper direct, Ashley Williams direct, Funes Mori direct. Everything direct.

“When you have on the bench a player with two metres (in height) you play the player in front of the defensive line to help the team to win the match.”

The alternative view is that Everton were being held at bay by United until Fellaini’s inclusion. The Belgian deserves censure for his stupid, penalty-conceding tackle on Idrissa Gueye, but blame has to be apportioned to Mourinho for choosing to bring him on – even if the manager will put his fingers in his ears and scream about how well they played.

United had two defenders on the bench at Goodison Park, yet Mourinho overlooked both when attempting to safeguard a lead. Daley Blind admittedly does not offer the same physical threat as Fellaini, but what of Eric Bailly?

Mourinho once again spoke of how unlucky he and the club have been, but you create your own luck. And if you bring on one of the worst players in the top half in an attempt to defend a lead, you deserve everything you get.

Premier League loan player – Andreas Pereira (Granada, on loan from Manchester United)
From one Premier League loan player to another, Manchester United’s Andreas Pereira secured a surprise 2-1 win for Granada over Sevilla, with the assist coming from Chelsea midfielder Jeremie Boga. It was the Brazilian’s first La Liga goal in 13 appearances. And then he did some vacuuming.

Lookalike of the week

Time for a top five at 3.17, sponsored by the guy on the right. pic.twitter.com/CHfQHM1bXx