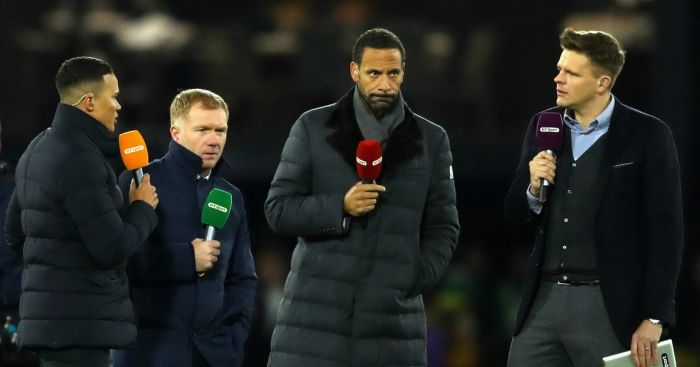 What sort of man do you think you are? Are you in touch with your feelings, or does that sort of talk make you cringe?

When I was a boy growing up on Teesside, not showing emotion was central to the theocracy of maleness. You swallowed your feelings down into the pit of your stomach, no matter how profound or deep they were. And if that meant weeping alone at night in your bedroom, when no-one could see or hear you, then that’s what you did. To do such a thing in public meant being mocked or despised for being weak. It was brutal. You couldn’t talk to anyone about anything and so you lived a lonely, tortured life of emotional suppression. You had to pretend that what you felt deeply was really nothing.

This is how extreme it was – you were not even allowed to touch one of your male friends. You couldn’t pat them on their back in sympathy, or comfort him in a moment of distress. Punching them, however, was fine. Tears were indeed to be feared. Affection for male pals were never to be admitted for fear of being thought ‘soft’ or, worse yet, ‘queer’, both of which would invite hellish bullying, both physical and mental.

To say it was oppressive is to totally understate it, especially from early teen years onwards. The only way to survive it was either to close down and grow a hard shell, or accept constant emotional and physical punishment. I was constitutionally unable to opt for the former, so ended up with the latter.

Consequently, I found living up to what was supposed to be required of me quite difficult. But going to sixth form and then college meant I was able to get away from it all. However, had I been any good at football, that wouldn’t have happened; I’d have been surrounded by the same infantilised, immature, emotionally repressed schoolyard world of the mannish boy for another 20 years. Forever the victim of practical jokes and sneery looks for liking poetry and reading books. How many boys who are talented footballers are put off playing football as a career because of what its culture demands of you emotionally? I know for fact I would have been. The culture of aggressive mocking and humiliation that seems to go hand-in-hand with this sort of all-male environment and the need to be emotionally dead to everything except anger – that would have destroyed me.

Largely due to going to college, I got away from this, but a lot of lads didn’t. A lot stayed in this mold of maleness, and like their fathers before them, closed themselves down and locked themselves inside an emotional prison. And even meeting them in later life, they’ve still not escaped that mindset.

This is presumably why a greater percentage of men than women suffer from late diagnosis of diseases and depression and why the biggest cause of death for men under 50 is, quite incredibly, suicide; they’re still trying to swallow down the stress and worry, rather than admit to it and deal with it.

This all came into focus for me listening to Rio Ferdinand on the radio on Saturday talking about his book, “Thinking Out Loud: Love, Grief and Being Mum and Dad”, following on from his very touching TV documentary, “Being Mum and Dad”.

He talked about how a life in football forces you to be hard, to not show weakness, and this leaves you emotionally dysfunctional and illiterate and that there are consequences in your life and relationships because of this. He says he still finds it hard to talk about his emotions and I’m sure in that, he is far from unique. But that’s not good for anyone. We really shouldn’t have this oppressive culture in men’s football. It doesn’t do anyone any good inside or outside the game. But of course in even talking about this, it will make many men click away in embarrassment.

I was watching the Rugby League World Cup final at the weekend, at the end of which, after narrowly losing, the captain Sam Burgess turned to his team and publicly pronounced over the PA system: “We’ve created some great memories. I love you all.”

It’s very, very hard to imagine, say, Jordan Henderson doing that after a World Cup final. It’s too emotional, too sensitive, too nice. Might it even be thought ‘gay’?

And male football has a well-recognised problem with men being gay, which I think is interconnected with how its culture understands what it is to be a man.  Last week the Rainbow Laces campaign was the latest attempt to make football inclusive of all sexualities.

When questions were asked as to why so many players didn’t wear the rainbow laces, there were some who said it was because there was still hostility to, or fear of, gay men. Others are worried about being picked on by fans or players. I wouldn’t discount any of this, but I suspect it is more to do with having to show affection or emotion, or at the very least doing something that might invite comment and thus require you to talk about what you do, feel or believe. Because when you’re emotionally repressed, that is the last thing you ever want to do. You keep everything at arm’s length and this in turn feeds into so many other issues including drinking (to facilitate the release of pent-up emotion) and domestic abuse.

None of this means we all have to go all touchy feely with each other – if we’re not comfortable with that. A degree of emotional restraint and control is essential in life, or you’d be a perpetual mess. But everyone has to have licence to be who they are and not have to put on a front or a mask in order to fit in with dressing room, or any other work culture. Because as long as we keep turning out emotionally undernourished and dysfunctional men, there will only be one loser in football and in life.