Home F365 Says For Manchester City, the poison is in the water… 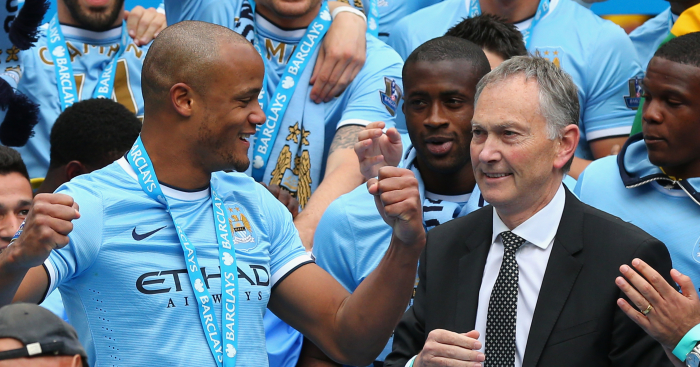 For an industry so fond of redemptive arcs, sports doesn’t actually do forgiveness particularly well. It’s quite perverse, really. The athlete who beats his wife, fails to pay his child support, or who shouts racial or homophobic slurs down a microphone is only ever a highlight and a ‘heartfelt’ apology away from salvation. But fail a drugs test or break a rule or regulation and that same athlete can be assured of a life in the shadows.

In time, Der Spiegel’s allegations about Manchester City will fall into that latter category. The accusations are still unproven and City have a right to the presumption of innocence, but the investigation was so detailed and so compelling that, for many, any legal challenge would be incidental.

There are logical reasons why, not least the sheer weight of evidence and City’s lack of a denial. Also, though, there will be plenty in the football community who want to believe what they’ve read. City’s wealth has allowed them to build a wonderful football team, employ the greatest coaching mind of this era, and also to construct state-of-the-art infrastructure to incubate their ambition. Given the choice – yes – there will be many who gladly believe that they have circumvented the Financial Fair Play regulations and that their progress, in part, has been a fraud.

In tone and texture, it bears comparison with another great sporting scandal of the century: the NFL’s New England Patriots and Spygate.

In September 2007, a Patriots employee was caught videotaping coaching signals during a game again the New York Jets. NFL rules of the time stated that, while there was no way of preventing the observation and noting of signals, use of video to record them was prohibited. The story consumed the news cycle in America: the Patriots had won three Superbowls. This then, for some at least, was the explanation for their rise. Rival fans descended on the scandal with glee and players who had lost important games to the Patriots started to demand restitution.

Inevitably, it also bred a festering suspicion around the Patriots’ broader actions; if they were willing to break those rules, which others had they also flouted? The episode created a subliminal asterisk which has lasted to the present day. Of course, it has also been sustained by further scandal, notably the accusation that the team deflated balls to Tom Brady’s advantage in 2015, but that original breach created a distrust that has lingered.

Writer Michael Holley covered the episode in Belichick and Brady, his excellent book about the franchise’s modern history, and he encapsulates the resulting mood vividly from both perspectives.

‘(The Patriots) might be able to defeat an opponent on the field, but they would never defeat Spygate. Never. It was impossible. It was fuelled by valid criticism as well as irrationality. It got air in its lungs both from the disobedience of Belichick and the discontent of silver, bronze and nonmedalists. It got muscle from justice and jealousy.’

‘Justice and jealousy’ raises inevitable comparisons with City. Admittedly, those parallels are not perfectly straight lines, but the similarity of the themes is hard to resist – particularly in the nature of the defence offered.

In the days following Der Spiegel’s serialised report, supporters mobilised. Those wearing something other than sky blue piled on gleefully, while those loyal to the club fought back with the usual venom and abused any journalist who dared write about the story. In 2018 and thanks to forces well beyond football, it’s conviction rather than substance that matters; shout loudly enough about agenda and bias and, seemingly, even the clearest case can be muddied.

Or, if that fails, employ the Lance Armstrong defence. City are certainly not the only club in European football suspected of finding creative solutions to FFP and if the case against them is proven then, well, what choice did they have if they were to keep pace? Historically it’s not an argument which has ever worked – for Armstrong, for Ben Johnson or for Barry Bonds – but it’s  one which never goes away. The world calls that misdirection, in football it’s just plain whataboutery – the art of offering a defence without actually doing so, of shifting culpability elsewhere, onwards and forever.

Duncan, I did celebrate all Man City goals yesterday with an asterisk in my mind. You really opened my eyes. I can't feel the same about this club. The victories are not… NAHHH

We are fans, and we will defend this club till we die, the same way you defend Mourinho. https://t.co/uyjBNXHO9h

The jealousy described by Holley is evident too; the silliness isn’t confined to one side of this debate. Manchester City have achieved tremendous things over the past decade and have put many noses out of joint along the way. Nevertheless, the moralising from certain parts of England is a bit much. Just as the attacks on Belichick and the Patriots went overboard in their attempts to rewrite history and construct illusory ‘yeah, but’ scenarios, the attacks on City have and will continue to discredit themselves with their own hyperbole. To cast them as the only subversive element within a clean game is hopelessly disingenuous. That whataboutery exists for a reason; nobody is completely innocent in this game.

And yet this particular episode will likely become part of City’s identity. This case won’t end with the crescendo of justice being demanded. UEFA is too afraid of its larger clubs and, given other revelations published by Der Spiegel, Aleksander Ceferin knows that he will have to tread very carefully. If proven guilty, City won’t face any draconian punishment and, even if they did, the club would surely respond with mighty legal retaliation.

But the cost will be in the perception and, realistically, that stands true irrespective of what happens next. Even, it should be noted, if every word printed is proven to be false and Der Spiegel are sued into oblivion. Post-2008, City have never been a popular club, a Goliath can never be a neutral’s favourite, but for a loud, sizeable majority, they will now be irreversibly tainted. For some, that will be by design, a confected mechanism designed to discredit future success. For others, it’ll be a quieter point of reflection – something that pops into their head after every flowing move and great goal they score, and a voice which will shout very loudly whenever trophies are held aloft.

Not for everyone, but for many. In that regard, the true crime may not have been in the breaching of FFP, which are arbitrary regulations rather than a true moral code, but in the clumsy handling of the club’s reputation.

That’s the regret here. it’s also another overlapping theme between the two scandals. Bill Belichick is a fabulous gifted coaching mind who needlessly pursued an advantage he wasn’t actually reliant upon. City are accused of doing much the same. Not content with enjoying the technical profits of their fine vision, excellent signings and commitment to infrastructural development, they are presumed to have stretched themselves beyond the laws to obtain privileges which they didn’t actually need.

That they are thought to have done so – and that the reflexive response of almost everyone has been to believe even the most egregious details of Der Spiegel’s account – means that everything is now infected. Everything. Whether that’s right or wrong is really beside the point, because the poison is now in the water.