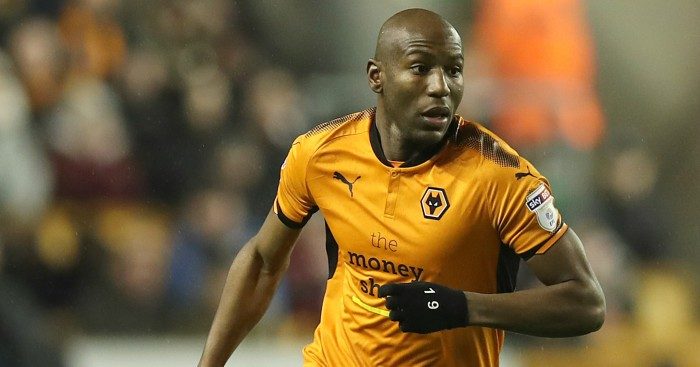 In this installment of ‘Ordinary Player’, we look at a striker who’s so ‘ordinary’, he isn’t even in the Premier League anymore. But he might be again soon…

When MK Dons beat Manchester United 4-0 in the League Cup (surely you remember), an 18-year-old midfielder named Dele Alli caught the eye, and we’ve heard a few things from him since. Then there was Will Grigg, who scored the Dons’ first two goals, and we all know he’s in a seriously heated state. The third star of the evening, who came on as a sub and scored the final two goals, was a young Arsenal academy product, Benik Afobé, then playing for his sixth (!) loan club.

It was seemingly his last, thank goodness. He would score 19 goals for Dons in all competitions, beginning a swift climb through the leagues that led to a contract with Bournemouth, then in their first year in the top flight. He even scored in his second league match for the Cherries.

But a couple of weeks ago, at very close to midnight on the last day of the transfer window, he was loaned out again, to a club in the Championship no less. A big setback? Not necessarily. Because that club is Wolves, currently breezing toward the title, and not coincidentally the club where he made his greatest impact. It was his 23 goals in the Black Country that earned him his personal promotion to the top flight, and it’s at Wolves where he’ll get another chance to prove he belongs.

It’s where he wanted to go, too. In an interview with the BBC, he described the emotional difficulties in the wait for the midnight deadline, and how he actually cried when with 20 minutes remaining he was told the deal was going through.

That by itself tells you something – not that he cried, but that he was willing to say so. In interviews he comes across as an intelligent person, and one who very much says what he feels. He once frankly asserted he wasn’t given a fair chance at Arsenal. He must have told Eddie Howe quite as frankly that he wanted a chance somewhere else.

Bournemouth was certainly a good opportunity for him. Afobé is at his best as an off-the-shoulder striker, and made his name at Wolves by using his pace to get behind the opposition. That’s just the kind of forward Eddie Howe likes. Callum Wilson is another variety of the species. Howe’s front men also stretch the defence by direct running in the channels, and that’s up Afobé’s alley as well.

But although his Bournemouth career got off to a flyer, it never stayed above ground for long. When Afobé joined the side as a January transfer, Wilson was recovering from a long-term injury, and the newcomer started 12 out of the remaining 18 games that season. He scored four goals – not bad, but nothing special.

By the next August, Wilson had recovered, and immediately took back the centre-forward spot. And when Wilson wasn’t available, Howe chose Josh King and even Junior Stanislas in the role. Afobé’s first start didn’t come until the 15th game of the season, and even then he was in a 4-4-2 paired with Wilson.

But he scored in that game, and not long after, Wilson got injured again, and once more it was Afobé’s spot. With six goals and three assists by the end of the season, again he stood a decent chance of keeping the position.

Once again it didn’t happen. What was missing? If you look at Afobé’s goals for Bournemouth, you get an idea. Only one of them is of the type he scored so freely at Wolves, where he gets behind the defence (Callum Wilson scored one of those against Chelsea recently). The rest are set-pieces, headers and poacher’s goals, the kind you’d get from an old-style number nine. At this level he doesn’t quite have the anticipation you need.

That’s of a piece with his other flaw, the tendency to take too many touches before shooting or passing. He doesn’t have the speed of thought and execution of Wilson. In the Championship it didn’t matter so much, but defenders are quicker in the top flight.

And so he returns to the Championship, to a club that like him and fans that love him. But there’s a problem: Wolves have changed in his absence, in two important ways.

The first is ambition. The owners are now Fosun International, a huge Chinese conglomerate. They’ve established ties with Jorge Mendes and his link to Portuguese talent, and they want to be an established member of the Premier League. There’s a reason they’re running away with the Championship. Afobé will have to up his game to replicate his Wolves success.

The second is tactics. The manager is Nuno Espirito Santo, and he plays a 3-4-3 with a fluid forward line, in which the central striker is expected to come back and help link up play. That’s not Afobé’s natural style. But in his first two games under Nuno, he came on as a sub and got into good shooting positions as a more traditional centre-forward – even though against QPR he missed a chance he really should have scored. In the same game he also drove at pace down the right wing and crossed low to create an excellent opportunity. He’s starting to fit in.

Afobé turns 25 this week, so he has some time left to become a top-flight regular. Wolves reportedly have an option to buy, and they’ll be in the Premier League next season. So will Bournemouth. If he doesn’t succeed at either club, bottom-half teams can always use another striker, and his scoring rate is just good enough to suggest he can make it in the right system with the right coaching. We’ll have a much better idea a year from now.

Oh, one more thing. That famous League Cup victory over Manchester United? Afobé auctioned his shirt from that match, and it brought £380. For charity, of course. Let’s hope he has a few more collectible shirts in the future.